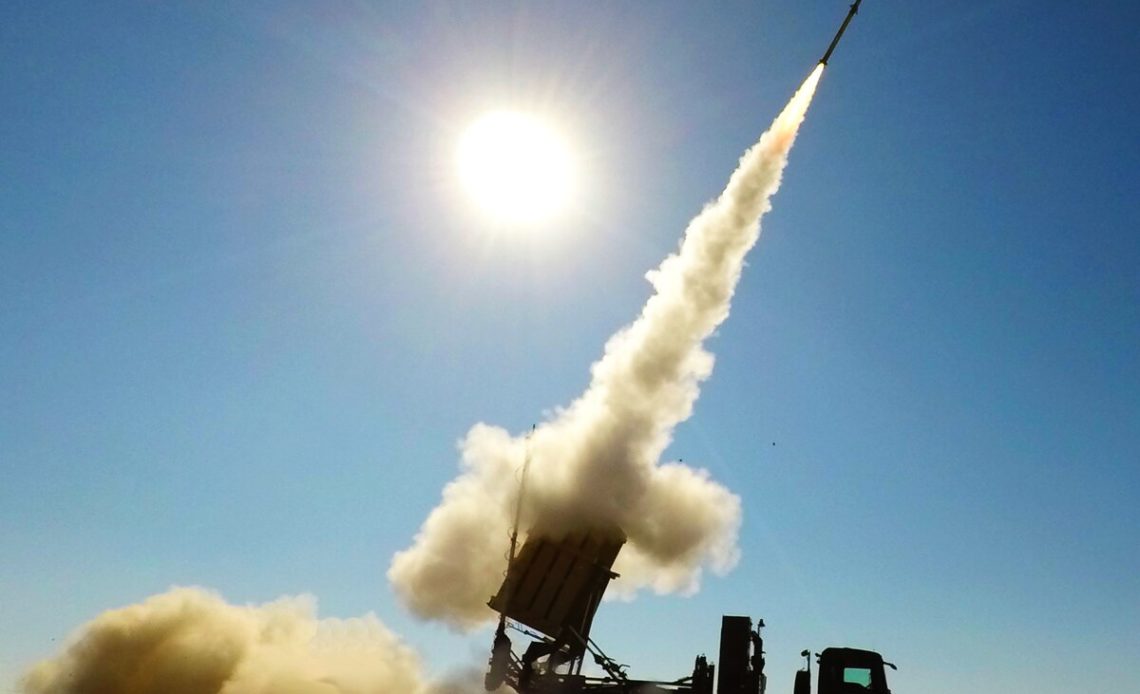 WASHINGTON — Plans for where, how and when the U.S. Army’s two new Iron Dome air defense batteries could deploy are being finalized, according to Brig. Gen. Brian Gibson, the lead on the service’s air and missile defense modernization effort.

Lawmakers have demanded the service come up with a plan to deploy Iron Dome systems, which were procured as an interim solution to fill a cruise missile defense gap.

“That plan is being developed and finalized at the headquarter of the Department of the Army and across the enterprise on what makes sense based on all the various variables that get a vote including threat, money, transportation, time, all those things,” Gibson told Defense News in a recent interview. “But I’m confident from a user perspective that if directed to do so, we’re on a timeline and on a path to make it absolutely feasible to deploy this thing, and that remains our intent. Our intent is not to park them in a parking garage.”

Iron Dome is manufactured by Israeli defense company Rafael and was co-developed by Raytheon. The Army bought the two Iron Dome systems at the request of Congress to fill the cruise missile gap while it developed a more enduring solution to counter a variety of air and missile threats.

The Army does not intend to buy more Iron Dome batteries but instead could incorporate parts of the system into its indirect fires protection capability, which is being designed to defeat cruise missiles and drones as well as rockets, artillery and mortars.

Components of the Iron Dome are expected to participate in a shoot-off in the third quarter of fiscal 2021 at White Sands Missile Range, New Mexico. The Army activated two air defense artillery batteries at Fort Bliss, Texas, to evaluate the system. The Army converted a Terminal High Altitude Area Defense battery and realigned resources from the service’s Air Defense Artillery School to further develop the new batteries.

Both Iron Dome systems were delivered to the Army in Israel and have since reached Fort Bliss where units will spend the next year training, testing and working with the systems to prepare for operational deployment.

Part of the effort will include integration of Iron Dome into the Army’s Integrated Air and Missile Defense Battle Command System, or IBCS, which is the command-and-control element of the service’s future Integrated Air and Missile Defense architecture. The Northrop Grumman-developed IBCS system is expected to undergo an initial operational test and evaluation toward the end of 2021.

By the end of the year, the Army intends to have completed all tasks necessary to be confident in a deployment anywhere around the globe, Gibson said.

Sen. John Boozman, R-Ark., led a push last year for the Pentagon to deploy at least one Iron Dome battery to the Middle East, after a February 2020 trip to Iraq convinced him that U.S. and coalition forces there needed the immediate protection from Iran and its proxy forces.

Iron Dome has proven its effectiveness in the Gaza Strip defending Israel from indirect and aerial threats with a 90 percent success rate, Boozman said.

A short-range rocket defense system was installed at Camp Taji, Iraq, and Patriot missile launchers and two other short-range systems were emplaced at the military base in Irbil and at the Ain al-Asad base. But with Iron Dome’s track record, the system could provide effective defense, supporters of Iron Dome’s deployment have argued.