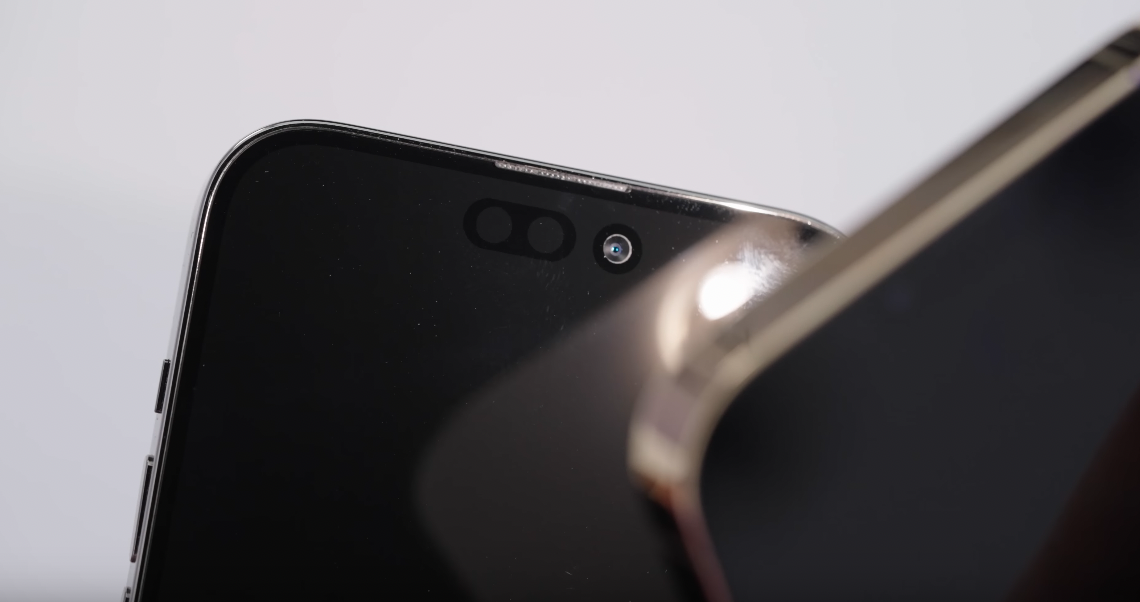 As we’re only about four months away from an iPhone 14 launch, Apple fans alike are stoked for the new device. YouTuber Unbox Therapy previews a CAD (computer-aided design) mock-up of an iPhone 14 Pro Max made in Japan.

Upon first look, the mock-up looks identical to the iPhone 13 Pro Max. However, based on the mock-up device, there are a few differences between the two generations.

With an iPhone 13 Pro Max in hand, Unbox Therapy notes that the mock-up feels a touch fatter than the 13 Pro Max. The camera bump is noticeably bigger, making the device a tad heavier. The power and volume buttons are slightly larger too. There are also no visible antenna bands on the side of the device.

The mock-up also shows that the bezels are slightly smaller but not enough to require any tweaks in the iOS interface.

Goodbye to the notch

USB-C stans will have to wait longer as the iPhone 14 lineup is likely to still feature a lightning port, as seen on the mock-up. Reputable analyst Ming-Chi Kuo believes that the iPhone 15 lineup will be the first to use a USB-C port.

This new mock-up seems to follow everything we’ve seen so far regarding the iPhone 14 Pro Max. It feels a bit dull that the device looks identical to the past two generations, but progress is a gradual thing. Only a few more months to go to see if these predictions will come to fruition. Overall, if you’re used to an iPhone 13 Pro Max, holding the 14 Pro Max shouldn’t feel any different.