iPhone 14 Action mode: First impressions and how to use it 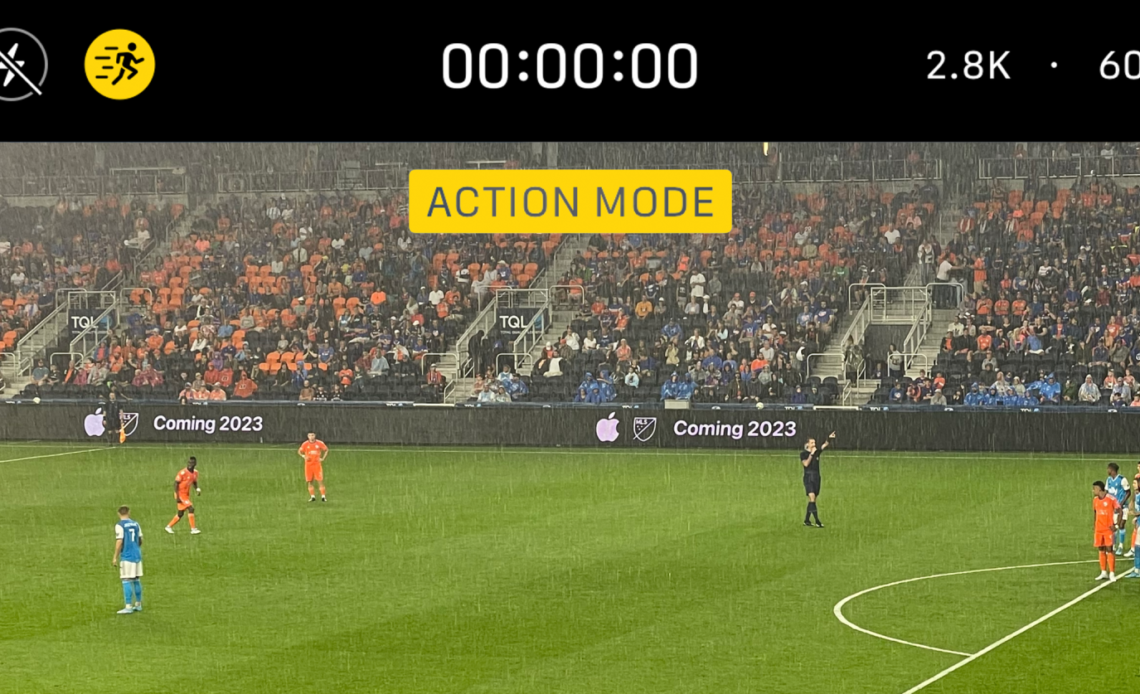 While at its September event, Apple announced a new digital video stabilization feature coming to its iPhone 14 lineup called Action mode. The demo videos looked pretty smooth and fluid, but naturally, I was skeptical and wanted to put it through some real-world tests.

What is Action mode? According to Apple, Action mode aims to correct significant shakes, vibrations, and unintended motion when capturing video. This new iPhone 14 and 14 Pro option is integrated into the camera app as a toggle in the upper left when video mode is selected.

“It uses the full sensor with more over scan and advanced roll correction to make video look incredibly stable when you’re in the middle of the action. Simply toggle it on for great-looking, smooth video without having to carry extra gear like a gimble. It also supports Dolby Vision HDR,” Apple states.

Action mode can record in up to 2.8K at 60 fps, a step-down from 4K when toggled off, but it still supports HDR with Dolby Vision, ensuring pretty crisp video quality.

Action mode in the real world

Here are a few videos taken with Action mode toggled on. First, let’s start with a walk.

Both videos are taken at 1x zoom, though as you can see, Action mode does make a sizable crop into the camera’s wide-angle view as part of its stabilization software. In this case, you can see a slight reduction in bounce when at a walk. But where Action mode shines is in heavy moments. Here’s a video with it enabled on a run.

Apart from the crop and a max of 2.8K in shooting quality, the one major downside I see with Action mode is that it requires a lot of light to work properly. The reason being is because of the iPhone 14 Pro’s relatively small 1/2.55in wide-angle sensor. Which is even smaller on iPhone 14.

My apartment building’s staircase is pretty well lit with massive windows and artificial light, but Action mode prompts me with the message “More light required.” It will be interesting to see if people struggle with this feature in gloomy environments.

Based on initial impressions, Action mode is another killer new camera feature Apple has added to the iPhone 14 lineup. It’s great smooth-looking video with just a tap and without the need for stabilizing equipment like a gimbal.

It’ll be interesting to see how this competes with GoPro, which has its own version of video stabilization and has long been hammered by phone manufacturers beefing up their camera systems.

Let me know your thoughts in the comments below.