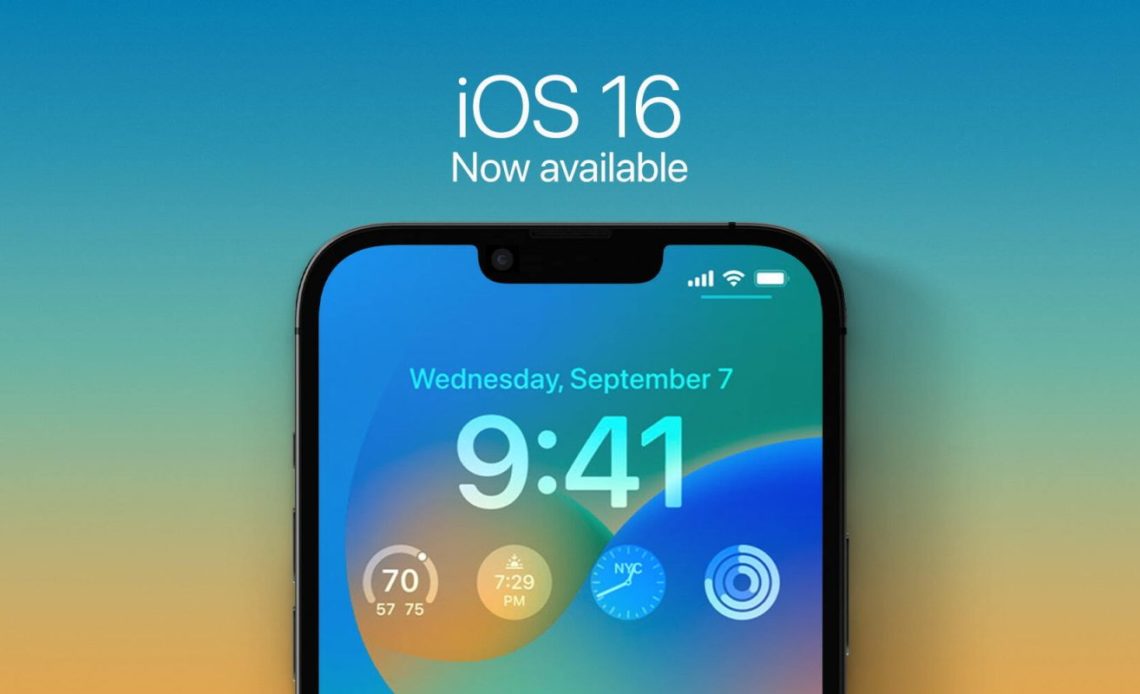 iOS 16 is now available to the general public. After three months of beta testing, Apple released its latest major update for iPhone users earlier this week. iOS 16 packs a number of new features, including new edit and undo send features, a completely customizable Lock Screen, and much more.

Now that iOS 16 has been available for a few days, head below for a rundown of some of the best features you should be trying.

How to install iOS 16

Apple makes it easy to install iOS 16 by simply heading to the Settings app on your iPhone. Open the Settings app, choose General, and choose Software Update. You can then update to iOS 16 with just a few taps.

Third-party apps can also integrate with Lock Screen widgets, in a way that’s very similar to putting widgets on your Home screen. We’re already seeing some of our favorite apps adds support for Lock Screen widgets and there are more to come over the next few weeks.

The new Lock Screen widgets give you yet another way to make your iPhone match your personality. You can learn more about customizing your Lock Screen with widgets, fonts, photos, and more in our complete guide right here.

iOS 16 also brings two long-awaited features to iMessage: the ability to unsend a message as well as to edit a message. Apple has made some changes to these features throughout the beta testing process in response to concerns over abuse.

Finally, you can edit an iMessage up to five different times. Each of those edits is logged and visible to both the sender and receiver of the iMessage.

Other changes to Messages:

Following its initial debut with iOS 15 last year, Focus is getting some major changes with this year’s release of iOS 16. Most notably, Apple has streamlined the setup process to make it easier to allow or block notifications from specific apps and contacts.

Focus filters allow you to manage boundaries within Apple applications like Calendar, Mail, Messages, and Safari. For instance, you can easily hide your work calendar or work email while the Personal Focus setting is enabled. Developers can also tap into that feature with a new Focus filter API.

Focus modes can be tied to Lock Screens and Home Screens as well, automatically showing specific pages and screens depending on the Focus that’s currently enabled.

It wouldn’t be an iOS update without some major new security and privacy features. One of the biggest updates here is something Apple refers to as Safety Check. This is a new section in the Settings app that helps people domestic or intimate partner violence situations quickly reset the access they’ve granted to others.

“If circumstances or trust levels change, Safety Check allows you to disconnect from people, apps, and devices you no longer want to be connected to,” Apple says. This allows you to immediately reset access for all people and apps and help you review your account security. You can also customize which people and apps can access your information.

Learn more about how to use iOS 16’s new Safety Check feature in our full guide here.

iOS 16 also includes a new pasteboard permission tool that requires apps to ask your permission before accessing the pasteboard to paste content from another app.

Rapid Security Response is a new feature that implements important security fixes on your device even faster than before. “These improvements can be applied automatically between standard software updates,” Apple says.

Lockdown Mode disables features in applications like Messages, Safari, FaceTime, Photos, and much more. We have the full details right here.

Apple has also redesigned the notifications system in iOS 16, particularly on the Lock Screen. Notifications now come in from the bottom of the screen, which Apple says is a change designed to show you more of your wallpaper and other customization options.

In the Settings app, you’ll find three notification options: counts tack, and list. Count shows you the number of notifications you have in total, stack organizes your notifications into a single stack per app, and list its the notification system that iOS has used for years.

iOS 16, along with upcoming updates to macOS Ventura and iPadOS 16, aims to completely remove our reliance on usernames passwords. Passwords are one of the weakest links in digital security today and Apple is adopting the new passkey standard in its effort to move on.

The passkey standard is described as unique digital keys designed to replace the need for passwords altogether with streamlined sign-in across your devices, websites, and apps.

We have a full in-depth guide on everything you need to know about Passkeys right here.

iOS 16 also includes some notable updates to Apple’s voice-powered Siri and Dictation features. Most notably, the Dictation feature has been completely revamped. Dictation in iOS 16 allows you to easily switch between voice and touch. While dictating, you can type with the keyboard, tap in the text field, move the cursor, and insert QuickType suggestions.

One of my favorite features in iOS 16 is the completely redesigned Home app. After several years of minor changes, the Home app has gotten a huge upgrade with iOS 16.

The new Home app is designed to make it easier to navigate, organize, view, and control all your accessories. You can customize the main tab by choosing favorite accessories for each room, viewing things by categories, adjusting the size of different tiles, and much more.

Apple is also working to adopt the Matter standard, which is set to launch later this year. This will make it possible to use compatible accessories seamlessly across multiple different platforms. It should also increase the number of accessories that support HomeKit and Siri control.

As first announced by Apple way back in May, there are a host of new Accessibility features in iOS 16. First and foremost, a new Apple Watch mirroring feature allows you to fully control Apple Watch from your iPhone and use assistive features such as Switch Control and Voice Control.

Door Detection is an incredibly impressive feature that uses your iPhone’s camera technology to location a door, read signs and labels, and get instructions on how to open the door. There’s also a new Detection Mode in the Magnifier app. Apple explains that this feature gives you “rich descriptions of your surroundings,” including People Detection and Image Descriptions.

Live Captions provide automatically generated captions in real time for users who are deaf or hard of hearing. The feature also shows automatically transcribed dialogue with speaker attribution in FaceTime.

The Photos app is getting some notable upgrades with iOS 16. There is a new duplicate detection feature that identifies all duplicate photos such that you can easily clean up library. The Hidden and Recently Deleted albums are also now locked behind your iPhone’s passcode and Face ID.

The Photos app now lets you copy the edits you’ve made on one photo and paste them onto another photo or even a batch of other photos. Similarly, you can now undo and redo multiple edits in your photos.

iCloud Shared Photo Library is another new feature coming to the Photos app later this year. This will allow you to share a separate iCloud photo library with up to five other people.

These are just some of the major features included in iOS 16. The update also includes a number of other improvements and changes. Here’s a rundown of some other new iOS 16 features:

I’m incredibly happy to see Apple continuing its focus on personalization and customization with iOS 16. Following the release iOS 14 and Home Screen widgets in 2020, we saw an influx of people going to extreme lengths to customize their iPhone’s Home Screen. There’s still much more that could be done in this area, including custom app icons, but maybe that’s coming next year.

While features like Lock Screen Customization and editing/unsending iMessages will undoubtedly be the “viral” features of iOS 16, there are a ton of other changes that improve the iPhone experience this year. Improved support for tapbacks with Android devices will be popular for cross-platform communications, the new Home app finally gives HomeKit a modernized experience, and the security and privacy changes are huge as usual.

On a longer-term timescale, I’m also really excited to see where passkeys can take us. A world without usernames and passwords is a world that will be far more secure than today. It’s just a question of getting widespread adoption from third-party apps and websites.

And of course, there are more iOS 16 features coming later this year. These include things like Live Activities, a new Freeform app, Apple Pay Later, and more. Here’s a full rundown of those features that have been delayed.

What are some of the iOS 16 changes and features you’re most excited to try? Let us know down in the comments!