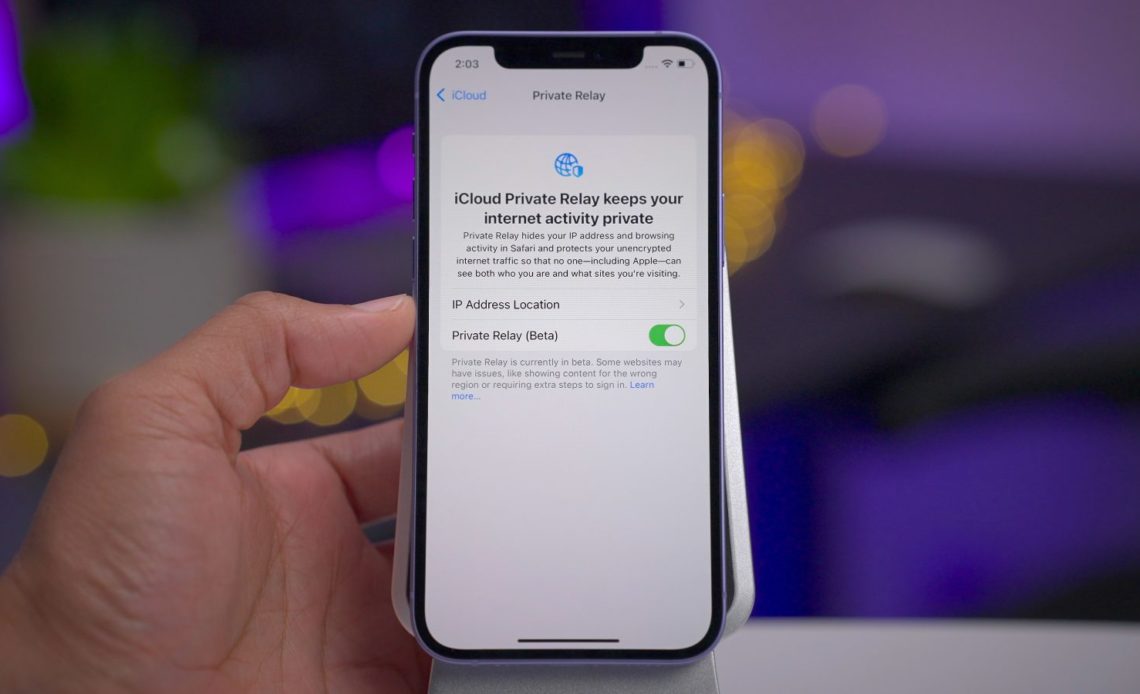 As part of its new iCloud+ subscription service unveiled at WWDC 2021, Apple launched iCloud Private Relay. This feature is designed to give users an additional layer of privacy and security by sending requests through two separate internet relays to mask user information.

The feature is currently available to iCloud+ subscribers as an opt-in “beta” feature, but a new report suggests that may change with iOS 16 this year…

A new report from Digiday this week cites “several sources” in saying that Apple is planning a handful of new features for iOS 16 this year to further crack down on tracking of user data. One of the industry sources cited in the article is Charles Manning, CEO of mobile analytics measurement company, Kochava.

Manning explained that he believes Apple will bolster its privacy focus by expanding Private Relay:

The logistical implications of policy enforcement combined with Apple’s legacy of creating technical guardrails indicates that they’ll be relying on Private Relay as the (or partial) technical enforcement mechanism.

I believe that Apple will announce that customers love Private Relay and that it has been such a success that it will that they’re going to make it an always-on feature for in-app behavior.

Another thing to keep in mind is that Apple is already doing some IP rerouting for all users in Safari when visiting HTTP websites. This rerouting is done for all users regardless for whether or not the user is an iCloud+ subscriber with iCloud Private Relay turned on.

Ultimately, the details here are still a bit unclear, but it’s not surprising for industry sources to say Apple is planning further privacy-preserving changes. One possibility that some sources have suggested is that Apple could eliminate app fingerprinting altogether with iOS 16, but details on implementation of such a change are unclear.