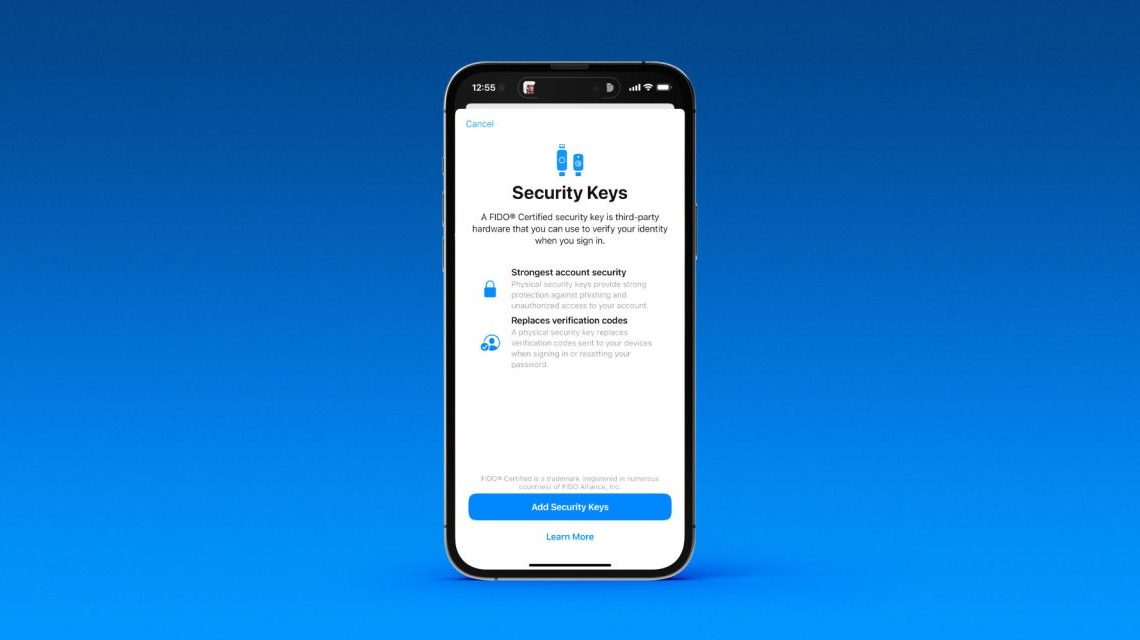 Earlier this month, Apple announced Advanced Data Protection for iCloud with end-to-end encryption for user data. More than that, the company also revealed that it will soon provide support for physical security keys when using two-factor authentication with Apple ID. This option is now available for beta users running iOS 16.3.

First and foremost, Apple has announced that starting in 2023, users will be able to enhance their Apple ID and iCloud account protection using hardware Security Keys. This means you will have a physical hardware device that you can setup to serve as the second layer of two-factor authentication for your account.

On Wednesday, Apple released the first iOS 16.3 beta for developers. And while we are still looking for everything that’s new with the update, we can already confirm that iOS 16.3 enables support for physical security keys for Apple ID.

It’s worth noting that Apple itself won’t be making a hardware security key. Instead, it will tap into third-party offerings. The company is working with the FIDO Alliance to ensure cross-platform compatibility with open standards.

Currently, only a few types of data stored in iCloud, such as health data and passwords, are end-to-end encrypted. But with Advanced Data Protection, users can choose to encrypt almost everything stored in iCloud, from photos, notes, and voice memos to entire device backups.

With standard iCloud protection, the data is synchronized with a key that lets Apple access that data if the user needs it. But with Advanced Data Protection, Apple will no longer store this key in iCloud. Instead, it will be stored exclusively on the user’s device. If there is eventually a breach on Apple’s servers, this means it will be harder for third parties to access this data.

This option was rolled out to users in the US with iOS 16.2, which is now available to the public. Apple says it will expand it to more countries in 2023, when Security Keys support for logging into Apple ID will also become available.