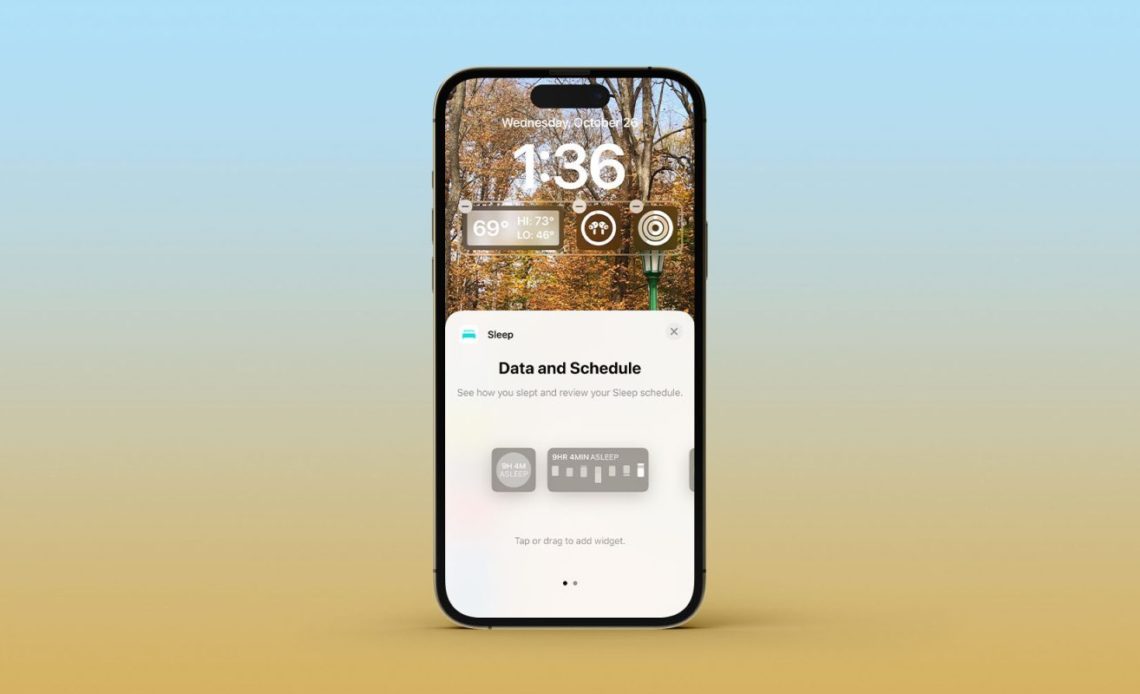 November 8, 2022 Update: iOS 16.2 beta 2 is now available, and it includes the new Medications widget for the Lock Screen.

iOS 16.2 beta 1 launched yesterday to developers with a handful of new features and changes. As it turns out, the update includes a new Lock Screen widget option for Sleep data from the Health app. There’s also a new Medications widget coming soon as well.

The new Sleep widget for the Lock Screen is included in the first beta of iOS 16.2. You can add it to your iPhone’s Lock Screen to quickly view your sleep data. There are two different options: one that shows a collection of charts for the past seven nights of sleep data and another that shows a more in-depth look at the previous night.

It’s unclear when Apple will officially add this new Medications widget to iOS, but much of the code is there in iOS 16.2 beta 1. This suggests the widget will arrive sooner rather than later, perhaps with a future beta of iOS 16.2.