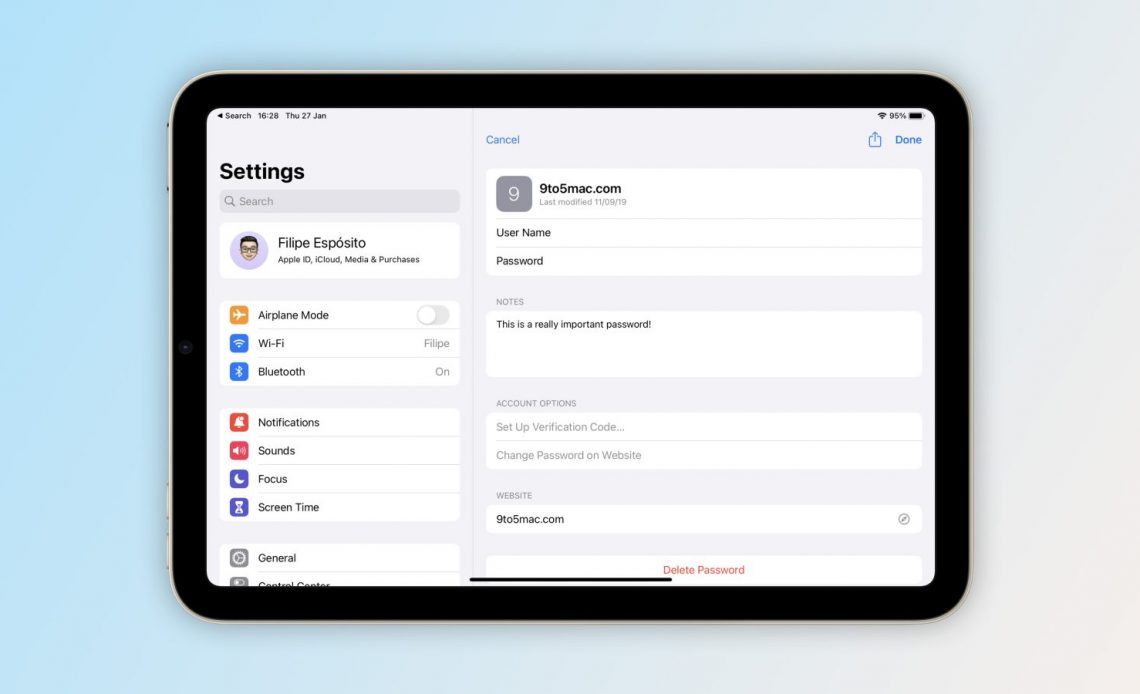 Following the release of iOS 15.4 to developers earlier today, we’ve been finding out that the update comes with several new features. One of them is a welcome change to iCloud Keychain, which now lets users store notes to their passwords.

Passwords stored in iCloud can be accessed through the Passwords menu in the Settings app. Once you tap to edit a password, there’s now a new option to add a note text alongside the login details.

While this feature seems quite simple, pretty much every other third-party password manager offers the option to add notes to your passwords, so it’s great to see that Apple is giving some attention to its own password manager.

As expected, the notes you add to your passwords can only be accessed after you authenticate with Touch ID or Face ID.

Unfortunately, Apple still insists on keeping iCloud Keychain as a menu within the iOS Settings app rather than making it a standalone app to better compete with apps like 1Password and LastPass, but perhaps there’s still hope for iOS 16.

iOS 15.4 beta is now available for developers, while the official release is expected this spring.