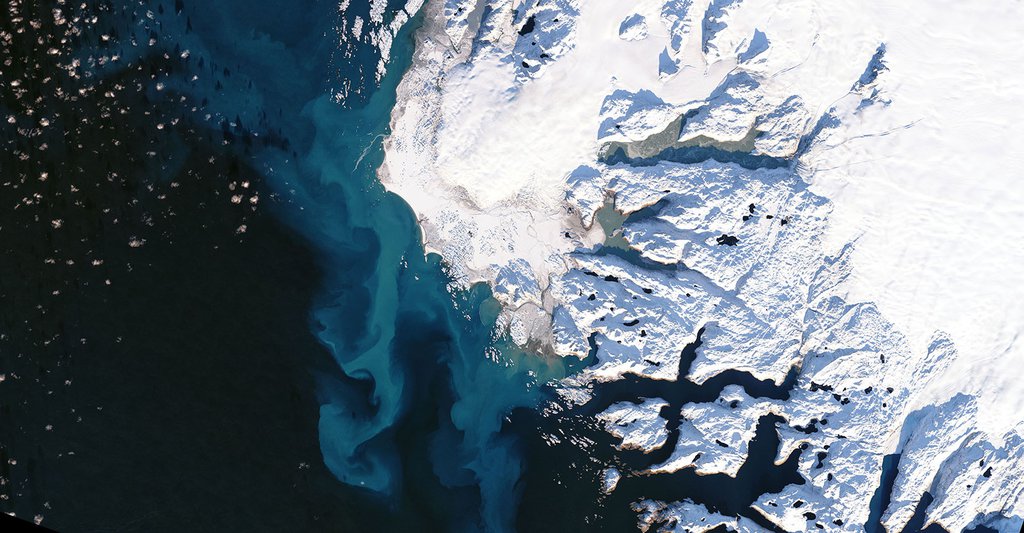 Launched from Vandenberg Air Force Base in November 2020, the satellite is continuing a nearly 30-year legacy started by the TOPEX/Poseidon satellite, which began its mission to measure sea surface height in the early 1990s. A series of successor satellites have carried on the effort since then, with Sentinel-6 Michael Freilich being the most recent. Its twin, Sentinel-6B, is slated to launch in 2025.

Long-term records of sea level height are key to monitoring how much, and how fast, the oceans are rising in a warming climate. “We can’t lose track of how much sea level has gone up because if we do, it’s hard to predict what’s going to happen in the decades to come,” Willis added.

“The unprecedented accuracy of the sea level measurements provided by this mission ensures not only the continuity of a 30-year data record, but allows improving our understanding of climate change and the impact of rising seas on coastal areas and communities,” said Julia Figa Saldana, ocean altimetry program manager at the European Organisation for the Exploitation of Meteorological Satellites (EUMETSAT).

Later this year, teams will move Jason-3 into what’s called an interleaved orbit. From that new position, the ground track – or the strip of Earth that Jason-3’s instruments see as the satellite travels around the planet – will run in between the ground tracks of successive orbits for Sentinel-6 Michael Freilich. Jason-3 will keep measuring sea level height from the interleaved orbit, although it will no longer serve as the official reference sea level satellite. But by continuing to collect sea level data, Jason-3 will essentially double the number of measurements seen by each pass of Sentinel-6 Michael Freilich, helping to greatly increase the spatial resolution of sea level measurements provided by both satellites.

Sentinel-6/Jason-CS was jointly developed by ESA (European Space Agency), EUMETSAT, NASA, and NOAA, with funding support from the European Commission and technical support on performance from CNES (France’s National Centre for Space Studies). Spacecraft monitoring and control, as well as the processing of all the altimeter science data, is carried out by EUMETSAT on behalf of the EU’s Copernicus programme, with the support of all partner agencies.