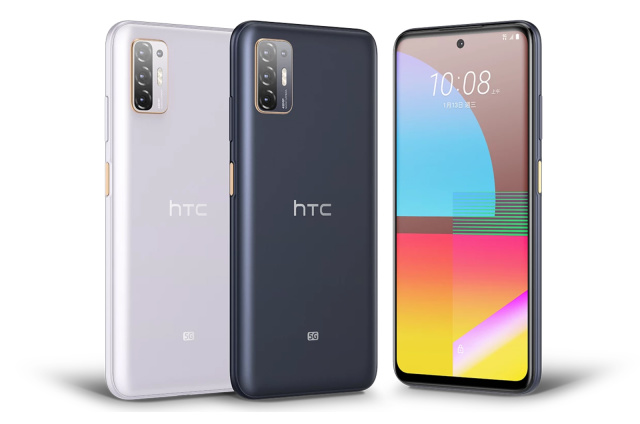 One day before Samsung’s big Unpacked event, HTC has announced a new phone, the Desire 21 Pro 5G. Yes, the company that was once a powerhouse in the Android space is still alive and kicking, and releasing new devices no less.

All things considered, the Desire 21 Pro 5G looks like a decent device. It comes with a 6.7-inch Full HD display with an IPS panel and 90Hz refresh rate, which, as Android Police points out, is a first for HTC. It’s also worth a mention that HTC has somehow managed to source a high refresh rate panel for one of its phones before Apple.

Internally, the handset features a Snapdragon 690 processor, 8GB of RAM and 128GB of internal storage, which you can add to with a microSD card. Four cameras adorn the rear, a 48-megapixel main, 8-megapixel ultrawide, 2-megapixel macro and 2-megapixel depth sensor. Powering everything is a 5,000mAh battery. And in case you couldn’t tell from the name, it comes with support for 5G. If we had to hold anything against the Desire 21 Pro 5G, it’s that it’ll ship with Android 10 instead of Android 11. HTC will sell the Desire 21 Pro 5G for 11,990 TWD in Taiwan. That puts it in the ballpark of about $428.

While it’s safe to say the company that released drool-worthy phones like the HTC One X has become a shadow of its former self, the people who worked on those devices continue to leave their mark on the industry. Almost half of HTC’s then 4,000-person strong R&D team joined Google in 2017 when the company sold its Powered by HTC unit to the search giant for $1.1 billion. It’s that team that designed the Pixel 3a, one of Google’s most financially successful phones to date.