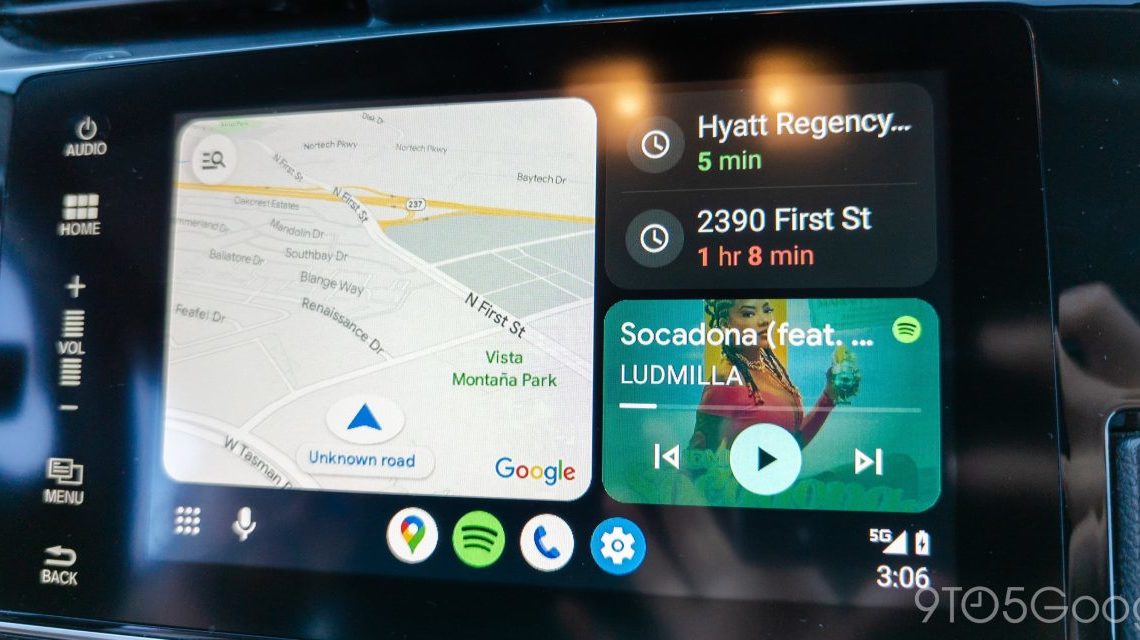 Android Auto’s new beta comes with some new tricks up its sleeve, including a new taskbar redesign. Well, what if you don’t really want the new look? This guide will take you through switching back to having media control and Maps taskbar widgets on your Android Auto device.

No matter what version of Android Auto you’re running, the main goal is to present an information hub during your drive. That vital info could be a combination of your route, whatever media you’re listening to, and what messages or calls are coming your way.

With Android Auto’s new redesign, what used to be a small widget displaying your current media has been replaced with a row of app icons. That list changes depending on what Google thinks you would need during your drive. Unfortunately, you won’t be able to control your media quickly without heading back into the music streaming app you’re using or using a split-screen view.

Switching back to taskbar widgets on Android Auto

While that feature makes it easier to switch to your most common apps, it takes away a key function for some. That being said, the Android Auto setting page holds a toggle to switch back to taskbar widgets, which hold media player controls and Google Maps readouts.

So long as that toggle is turned on, you should see media controls if you’re playing something and upcoming turn readouts from Google Maps when you don’t have it fully displayed.

This option is always reversible, so play around with it and see what you prefer if you’re running the newest beta of Android Auto. While the new update brings a lot to your drive, every display element might not be for you. Either way, taskbar widgets come in handy more often than not and this can be a good change to make.