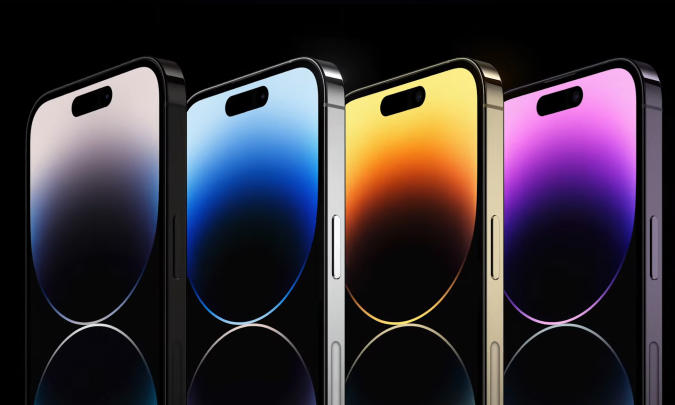 It’s September, and that means new iPhones are right around the corner. Apple announced its latest smartphones at its “far out” event today, ushering in the era of the iPhone 14. Fans will have four options this time around: the iPhone 14 and 14 Plus, along with the iPhone 14 Pro and Pro Max, with the latter two showcasing all of the latest hardware improvements you can get on an Apple handset today. The company also announced the much-rumored Apple Watch Ultra, a more durable, outdoorsy version of the classic smartwatch, as well as a slightly updated versions of the standard Apple Watch, Apple Watch SE and AirPods Pro. You’ll be able to get your hands on all of these gadgets soon, so here’s everything you need to know about how to pre-order the iPhone 14, the iPhone 14 Pro and all of the other devices announced today.

Both the iPhone 14 and 14 Plus offer minor improvements over last year’s iPhone 13 series. The iPhone 14 has a 6.1-inch display while the 14 Plus has a 6.7-inch display, and both use Apple’s Liquid Retina XDR panel technology. Both run on last year’s A15 Bionic chipset, and Apple claims the iPhone 14 Plus has the best battery life of any iPhone to date. The company gave the cameras a slight upgrade as well: both smartphones have a new 12MP main camera with a larger sensor and faster aperture, while the front-facing camera has been updated to a 12MP TrueDepth shooter with autofocus. The main camera also supports a new feature called Action Mode, which makes videos with a lot of movement look smoother and more stabilized.

iPhone 14 models support 5G connectivity and enhanced eSIM capabilities. All US models lack physical SIM trays, which means you can more easily connect to your cellular service provider using eSIM technology. As for new safety features, the iPhone 14 will support crash detection, which can detect when you’ve been in a car crash and automatically contact emergency services on your behalf, plus a new feature called Emergency SOS via Satellite. The latter will help you contact emergency services even when you’re in an outdoor dead zone. That feature is coming in November and will be free for two years for those who buy an iPhone 14.

This year, the Pro phones have a noticeably different design than previous iPhones. The rumors about a pill-shaped cutout turned out to be true — the screen notch is now gone and has been replaced by a floating space that houses the front-facing cameras as well as Apple’s privacy dots, which turn on when apps use your camera or microphone. From a software standpoint, that space is dubbed the “Dynamic Island” as it will change and expand to adapt to what you’re doing on your iPhone, notifications you receive and more.

The iPhone 14 Pro has a 6.1-inch display while the Pro Max has a 6.7-inch screen, and they’re always-on for the first time ever. Apple designed the panel to be as power efficient as possible, dynamically adjusting the refresh rate down to as low as 1Hz when necessary. The new Lock Screen in iOS 16 can show a bunch of things on the display like the time, widgets, live activities and more, and the Pro screens will do things like automatically dim to preserve power while continuing to show you relevant information, Lock Screen photos and backgrounds and more.

As expected, the Pro handsets run on Apple’s new A16 Bionic chip and they have an updated rear camera array along with a new TrueDepth front-facing camera. The rear setup includes a new 12MP telephoto lens, a 12MP ultra wide camera and a 48-megapixel main shooter that has a 65-percent larger sensor than that in the iPhone 13 Pro. The Pro phones will also support all of the new features found on the standard iPhone 14 models, including 5G and eSIM connectivity, crash detection, Emergency SOS with Satellite and more.

The Apple Watch Ultra will be available to order starting today and will cost $799. It will be more widely available starting on September 23rd.

The new Apple Watch Ultra is designed for those that are avid outdoor adventurers, water sport athletes and endurance trainers. It has a bulkier design with a larger, sapphire crystal display that sits flat against the Watch’s 49mm titanium case. Apple added a new orange action button to the side of the case that can be customized to suit each user’s quick-action preferences. The Digital Crown is larger as well, and the other side button protrudes a bit from the Watch’s edge; all of these hardware charges are supports to make the Ultra easier to use with gloves on.

The Apple Watch has been water resistant for quite some time, but the Ultra takes this up a notch with WR100 water resistance and a new built-in depth gauge that helps it be a tool for tracking activities like scuba diving. Apple also redesigned the compass app to be easier to use and show more precise locations, and the Ultra has a built-in siren that can alert others to your location from up to 600 feet away.

All Apple Watch Ultra models come with cellular connectivity built in, plus this model has the biggest battery of any Apple Watch to date. The company promises up to 36 hours of battery life on a single charge, and up to 60 hours of total battery life when using a “battery optimization setting” that’s coming later to watchOS 9.

The Apple Watch Series 8 will be available to order today and starts at $399 for the GPS-only models and $499 for the GPS + Cellular models. It’ll be more widely available on September 16th. Those who order a new Apple Watch will also receive three months of Apple Fitness+ for free.

The Apple Watch Series 8 isn’t as big of a departure from the Series 7 as the new Ultra model is. The Series 8 looks largely the same as the last year’s model, but it now includes two temperature sensors that could help detect when you’re running a fever and also enable Apple’s new ovulation tracking features. The Watch will take your temperature on a regular basis and record that data in the Health app, providing alerts that show when you were likely ovulating based on that data and additional cycle data. In addition to new ovulation tracking, the Series 8 with watchOS 9 will also support possible cycle deviation alerts.

Another new feature available on the Series 8 (as well as the Ultra) is crash detection. This builds upon the existing emergency services features found on previous generations: the Watch can detect when you’ve been in a car crash, and when it does, it’ll automatically alert your emergency contact as well as contact emergency services and send them your location.

Otherwise, it’s much the same as the Series 7 with an always-on display that reaches almost to the border of the case, a dust-proof and crack resistant design. It also still supports an all-day, 18-hour battery life, but it will also have a new low-power mode that can extend battery life to up to 36 hours in total. Low-power mode will be available on Apple Watch Series 4 and higher that run watchOS 9, so those with older Watches will be able to make use of this new feature.

The new Apple Watch SE will be available to order today starting at $249 for the GPS-only models and $299 for the GPS + Cellular models. It’ll be more widely available on September 16th.

Apple’s minor update to its entry-level Watch brings the same processor that’s in the Series 8 to the more affordable smartwatch. The new SE will also support high heart rate alerts, fall detection and crash detection thanks to the upgraded sensors inside of the device.

The second-generation AirPods Pro will be available to order starting on September 9th and will cost $249. They’ll be more widely available on September 23rd.

If you were hoping for drastically different AirPods here, you may be disappointed. Apple’s latest AirPods Pro look almost identical to the previous model as most of the changes are internal. The buds have an updated H2 chip that enable features like personalized spatial audio and advanced computational audio. Apple’s also promising up to two times better active noise cancellation on these earbuds when compared to the previous generation. The new buds also now support touch controls thanks to a new capacitive sensing layer on their stems, plus a longer, six-hour base listening time.

Follow all of the news from Apple’s iPhone event right here.