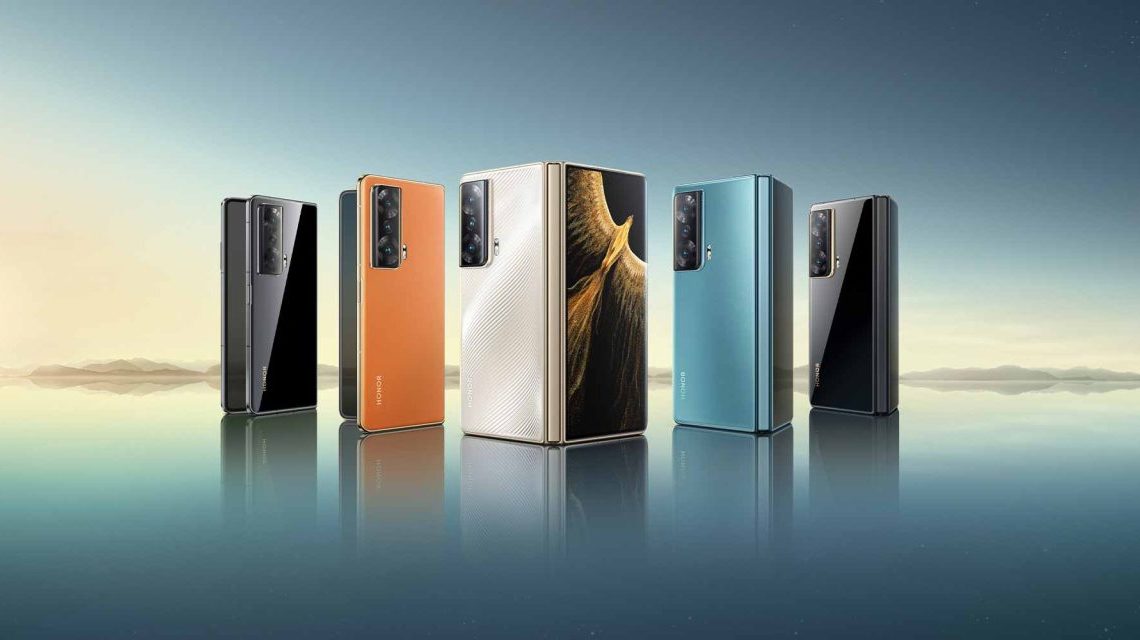 Honor has officially unveiled the Magic Vs, its foldable for late 2022 and early 2023 with a number of improvements and an enticingly low entry-price.

Announced alongside the Honor 80 Pro, the Honor Magic Vs foldable comes with a 6.45-inch external display with a 120Hz refresh rate and is capped at FHD+ resolution. The 7.9-inch inner screen has a FHD+ resolution but a slightly lower 90Hz refresh rate. A side-mounted capacitive fingerprint scanner offers biometric security. Battery capacity is slated at 5,000mAh, with 66W wired charging included. What’s interesting is that wireless charging is not included here.

An add-on stylus is available for the first Honor Magic Vs, but like the Galaxy Fold series, lacks a slot to store the accessory. Sadly, this new device is powered by the Qualcomm Snapdragon 8+ Gen 1 processor rather than the newest Gen 2. That is paired with 8/12GB RAM and 256/512GB storage.

At the rear, the camera system consists of an odd 54-megapixel Sony IMX800 main sensor, a 50-megapixel ultrawide that double as a macro camera in a similar manner to the Pixel 7 Pro, and 8-megapixel 3x zoom lens. The internal selfie camera is fairly standard at 16 megapixels.

Magic OS 7.0 based on Android 13 comes pre-installed, but Honor’s track record with flagship device upgrades is fairly limited. Previous handsets have been lacking with just two OS updates promised. However, it’s not clear how long Honor plans to support the Magic Vs this time around.

The base 8/256GB Magic Vs model is being offered by Honor for an enticing ¥7,499 in China, which equates to around $1,050. That price would make this foldable one of the cheapest for this particular wide-screen form factor. Devices are expected to ship from November 30.

Sadly, there was no word on an international release date, but this could be a real challenger to the Galaxy Z Fold series on pricing alone if that translates across borders. Honor CEO George Zhao has confirmed that the Magic Vs will be available in “overseas markets” but didn’t comment on potential timelines.