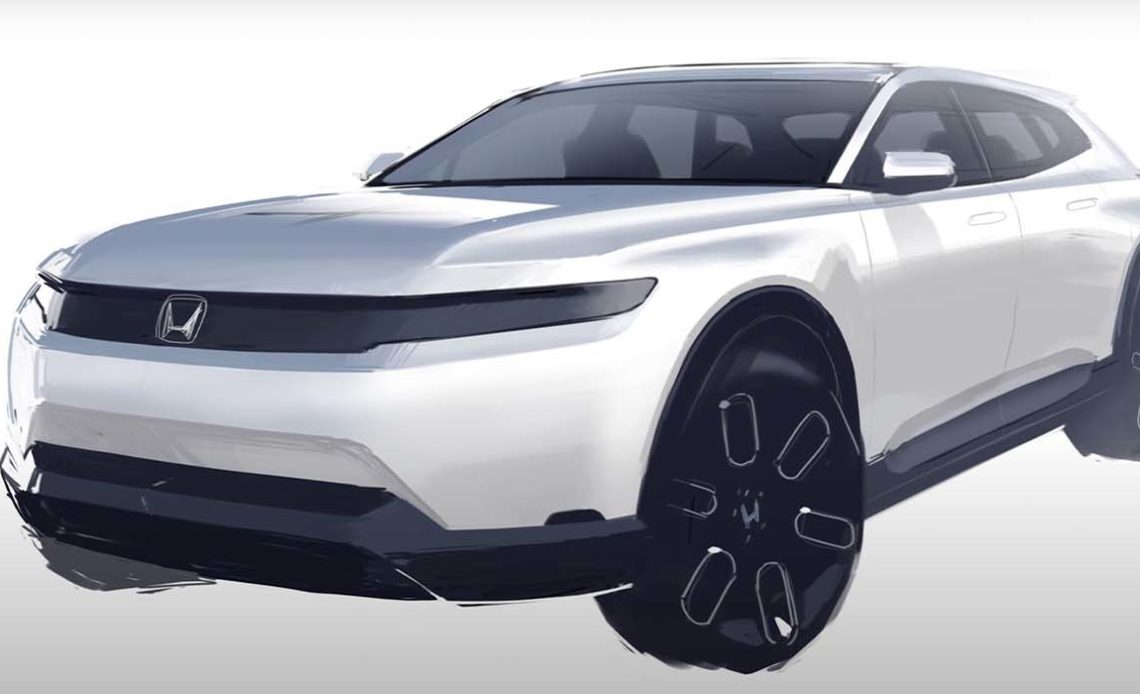 Honda still has a long way to go in electrification, but it’s on its way… slowly but surely. After teasing a sketch of its upcoming Honda Prologue electric SUV co-developed with GM earlier this year, the Japanese automaker has shared new video footage documenting the design process, teasing new EV angles not seen before.

Honda Motor Co., Ltd. is one of the latest legacy automakers pivoting to a range of EVs, vowing to deliver 100% electrified sales by 2040. We always like to point out the difference in semantics here, as “electrified” and “pure electric” are two very different types of vehicles. To that point, a large portion of Honda’s electrification strategy still includes Hydrogen Fuel Cell Vehicles (HFCVs) and hybrids.

In terms of battery electric vehicles, Honda has yet to deliver any to North America, but that should all change when Honda delivers its first all-electric volume model – the Prologue.

This all-electric SUV will be based on GM’s Ultium electric platform and is scheduled to arrive in 2024 alongside an all-electric Acura SUV. To pace itself, Honda has only committed to an annual combined capacity of 70,000 units for these two EVs up to this point.

In May, we caught our first glimpse of the Prologue when Honda teased a sketch of it alongside news of accelerating its already lackluster plans to go all-electric.

Honda shares new footage of the Prologue being designed

In a video posted by Honda today, you can see a team at its Design Center in Los Angeles working to piece together the interior and exterior of the Prologue using unique technology. This includes virtual reality headsets in addition to traditional techniques like sketches and clay models. Marco Tan, a VR and CG designer at Honda Design spoke to the process:

We were able to see Prologue in digital environments that truly resemble the real world. By simulating and evaluating colors, materials, and even lighting in a virtual 3D environment we were able to explore possibilities that took styling to a higher level.

In the nearly five-minute teaser video, you get a peek into the Honda team’s design process as they create a vehicle style they call “Neo-rugged.” Additionally, you can spy some angles of the Prologue we haven’t seen before.

Honda says that more details of the Prologue will come to light in the coming months and you can sign up for updates here. In the meantime, check out the Prologue design video below: