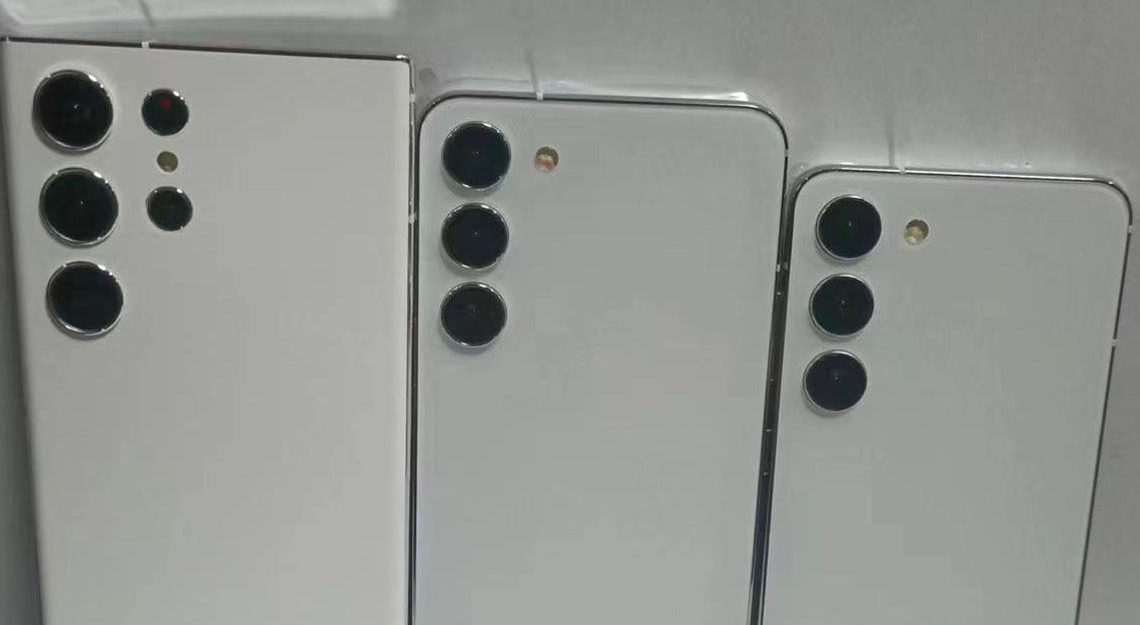 Samsung is expected to unveil its next flagship lineup, the Galaxy S23 series, in February. Ahead of the new year, though, a handful of dummy units offer a first look at what the Galaxy S23, S23+, and S23 Ultra look like in person.

Earlier this morning, images of the “dummy units” of the Galaxy S23, Galaxy S23+, and Galaxy S23 Ultra were posted to SlashLeaks by one of the site’s larger accounts. A specific source wasn’t provided for the images, so it’s fair to take these with a grain of salt, though they do appear to be authentic.

The images seen below depict Samsung’s next flagship series in real life for the first time, even though these aren’t working models of the phones. Still, they do confirm the designs we’ve seen leaked in recent months.

The design of the Galaxy S23 series is very similar to Samsung’s prior two generations of the Galaxy S line, with the Ultra model being identical to the prior version in every way. It has the same four-camera layout with LED flash, flat frame at the top and bottom, S Pen silo, and a minimalist design otherwise. The front display is still curved on the sides, unlike the completely flat S23 and S23+.

It’s the smaller phones that are changed more this year, with the S23 and S23+ adopting the same “drop” camera module as the Ultra. This puts each lens in its own small protrusion from the back of the phone as opposed to the “module” design that Samsung used on the Galaxy S22 and Galaxy S21, as well as many prior designs. It is a standout of Samsung’s design, though the removal in this case makes the design as a whole look a bit more generic on the whole.

Comparing the phones side-by-side, the size difference is clear and appears to be roughly the same as the Galaxy S22 generation. There’s only a minor difference between the S23 Ultra and S23+, while the smallest S23 is much more compact.

As mentioned, Samsung is set to launch the Galaxy S23 series in February. All three devices are expected to bring a customized version of the Snapdragon 8 Gen 2 processor as well as a few other upgrades such as satellite connectivity.