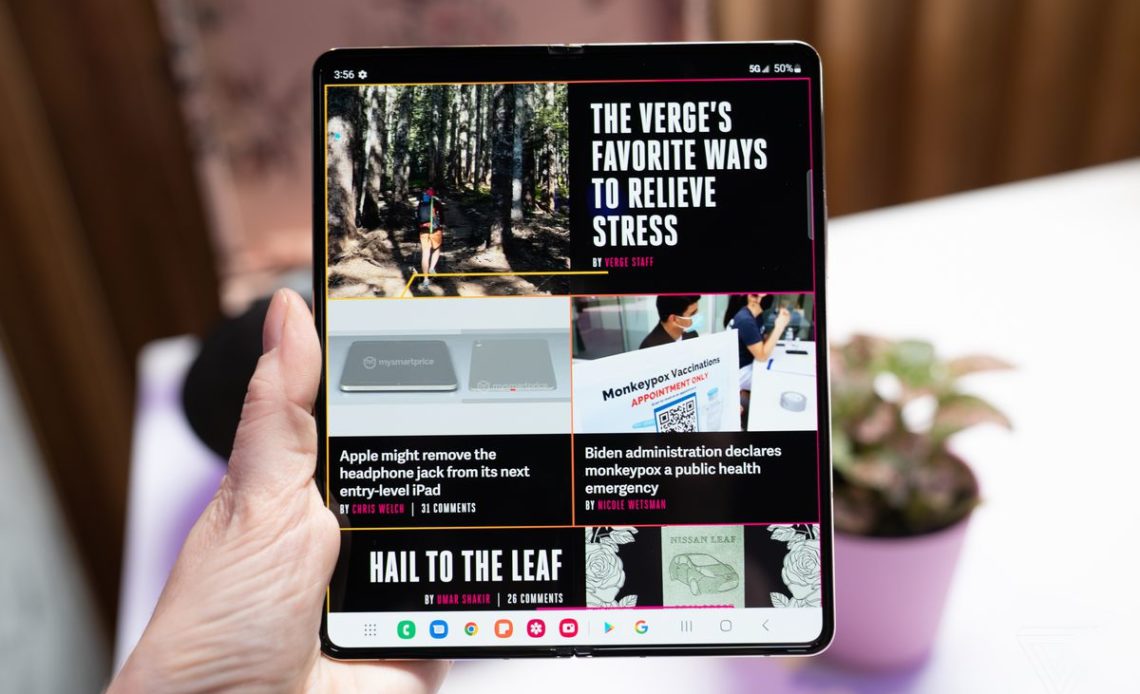 After seeing incremental changes and updates to the Galaxy S22 line in February, it’s now the ultra-flagship Galaxy Z Fold’s turn. Samsung announced the new Galaxy Z Fold 4 alongside the Galaxy Z Flip 4, Galaxy Watch 5, and Galaxy Buds 2 Pro at its latest Samsung Unpacked event — all of which are set to arrive on August 26th — and, well, the new Fold definitely looks like a Galaxy Fold.

While this new iteration doesn’t set itself apart very much from last year’s model in the looks department, it does bring some new features, including improved durability and a wider outward-facing cover screen. But how does the Galaxy Z Fold 4 stack up to the Z Fold 3 when we get to the nitty-gritty on paper? Here, we’re comparing them spec for spec to see just how different Samsung’s upcoming Fold is.

Samsung’s Galaxy Fold line has certainly come a long way since its disastrous origins. While the cheaper Z Flip has become the new option for those who are foldable-curious, the Galaxy Z Folds remain the premium, flagship-level phones in Samsung’s lineup. Last year’s Z Fold 3 helped break new ground in terms of folding phone normalcy with features like water resistance, which still pales in comparison to traditional slab phones. That said, the new Z Fold 4 maintains a lot of the improvements of last year’s Fold 3, like that IPX8 resistance, a 7.6-inch folding OLED, and a skinny yet usable outside cover screen — which are now cheaper to repair in the event of an accident.

The Z Fold 4, much like the S22 generation, offers numerous small improvements that iterate upon the last model. Its outward screen is now about 3mm wider, offering an aspect ratio that feels a little less awkward and slim. The under-display selfie camera is supposed to blend into the screen better, too, and that inner display is more durable than last year’s model despite the phone being slightly lighter. Samsung says this lighter build is to help with one-handed use.

There’s also a new Qualcomm Snapdragon 8 Gen 1 processor that allows for faster performance, and the main camera has been improved with more megapixels and a bigger sensor for improved nighttime performance. Sadly, Samsung’s coined “Nightography” term is here to stay for now, but if the tradeoff for that word crime is better photos, well, all right.

The Z Fold 4, much like the S22 generation, offers numerous small improvements

All of these changes to the Z Fold 4 still come at the same price as the outgoing model, meaning it starts at $1,799.99 with 256GB of storage. Setting aside any ongoing preorder promotions that get you a free storage bump to 512GB, there’s no getting around that this is a pricey phone. So, if this generation doesn’t represent a significant enough change for you, there’s maybe something to be said of searching for a Z Fold 3 on discount before it’s long gone. But to better assess how the two compare on paper, below is a side-by-side comparison outlining the finer details of the Galaxy Z Fold 3 and Z Fold 4.

While the Fold 4 certainly looks cool, it’s hard to deny that, on paper, it feels like a modest spec bump over the Fold 3. Aside from the upgrade to the main camera sensor, telephoto magnification, the new CPU, and a slightly wider cover screen, you have to squint a little to see some differences. (I’m looking at you, aspect ratios.)

Yes, it shoots 8K video now, but only at 24 frames per second — and most folks may not want to deal with those massive file sizes. The durability improvements and lower-cost repairs are a welcome change, but Samsung’s claim of a 45 percent stronger main screen is one of those numbers that sounds big at first but is hard to tell how much of a difference it makes in the long haul.

Perhaps the marked improvements will be more apparent in our full review. In the meantime, feel free to share your thoughts in the comments on what you think of Samsung’s Galaxy Z Fold 4.