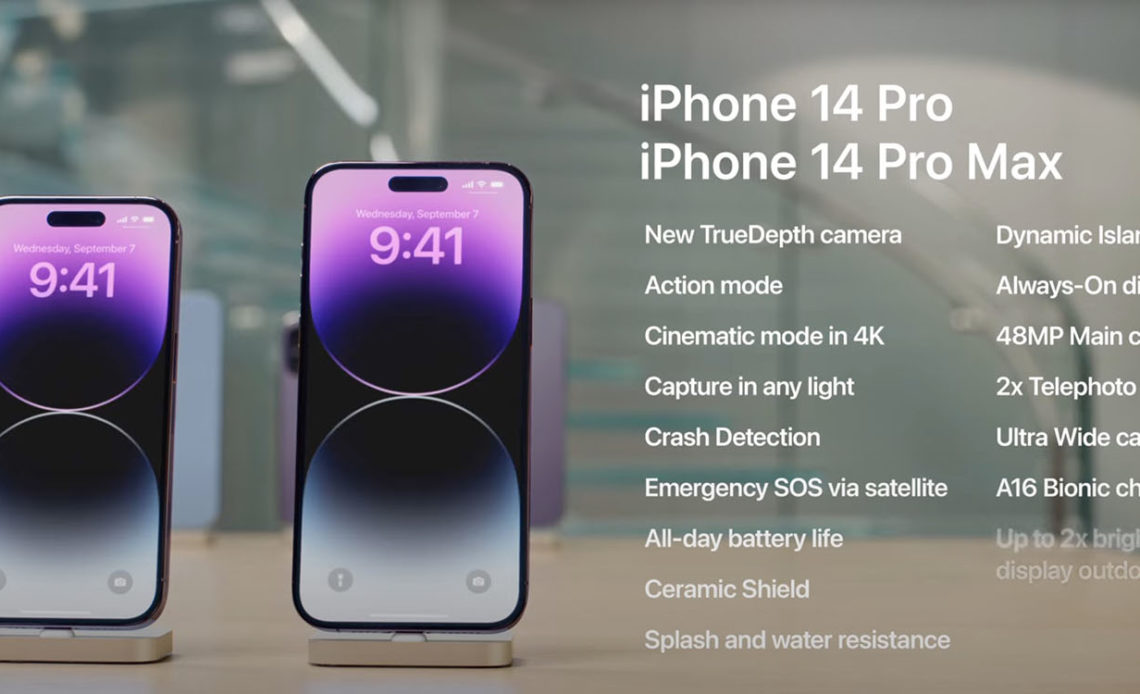 From fast-paced headlines to the full keynote presentation, you can watch them all below …

If you weren’t able to watch live yesterday, and want to watch the complete event, you can do so here. The video lasts one second short of 1h 35m.

Unlike last year’s keynote, Apple doesn’t spend an interminable amount of time explaining every nanometer of the new chips, but focuses more on the user benefits.

At the other end of the scale, you can watch a 54-second overview of the new products announced at the event. If you can make sense of this without having seen the event, you get an Advanced Degree in Information Assimilation.

A quick introduction to the non-pro models, this 1m 41s video doesn’t go into any details but does a decent job of introducing the headline new features.

If it’s the Pro models that get your interest, Apple offers a similar outline to the non-pro taster in a little more detail, at 4m 19s.

Guided tour of all iPhone 14 models

One of the most impressive elements of the new Pro models is the way Apple has turned a necessity into a virtue. The new pill-shaped cutout has been branded as the Dynamic Island, and Apple has designed a whole new UI around it. This 54-second video gives a quick taster of some of the ways it is used.

There’s a similarly brief overview of this new feature, in a 1m 14s video.

Apple showed a video featuring some of the letters Apple Watch owners have written to the company about how it saved their life or made a big difference to it. You can watch this three-minute video here.

As with the iPhone videos, this 1m 36s overview just gives you the headlines, focusing primarily on the new health and fitness features.

As you’d expect, Apple takes a bit more time to describe the Apple Watch Ultra, showing all the features intended to benefit adventurers and divers. 3m 13s, to be exact.

The poor second-generation Apple Watch SE doesn’t get a video.

What do you think of the videos? Let us know in the comments.