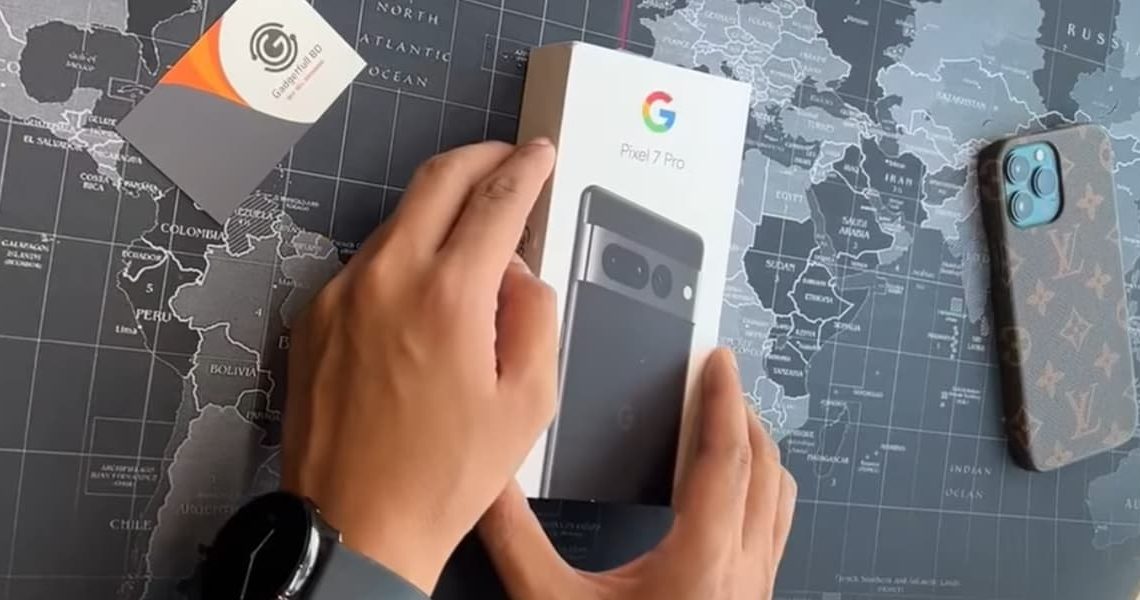 The Pixel 7 series has already been officially shown off by Google, but as the launch nears, a new video shows off a very brief unboxing of the Pixel 7 Pro.

Gadgetfull BD, a retailer in Bangladesh, posted a brief video to Facebook today which shows what appears to be the retail packaging for the Pixel 7 Pro in black, unboxing the device to show the hardware yet again as well as hinting at what might be in the box.

Not to beat around the bush, this unboxing doesn’t tell us much about the Pixel 7 Pro that we didn’t already know.

This is the same black version of the phone we’ve seen in numerous past leaks, though this time with Google’s actual logo instead of a prototype indicator. There’s no comparison with another device, but at a glance this brief look does seem to support the theory that Google has walked back the curved edges of the Pixel 6 Pro’s display quite a bit on this device. The way the light reflects off of the sides in this video just doesn’t look quite as distorted as it does on the Pixel 6 Pro. A previous hands-on and comparison of the Pixel 7 Pro with the Pixel 6 Pro definitely made it seem like the newer device would have a less intense curve, but it was hard to tell from that leak on its own.

As for the Pixel 7 Pro’s packaging, the unboxing experience seems largely the same as the Pixel 6 series. The box design is basically identical, and inside there’s a Quick Switch Adapter and a USB-C to USB-C cable included, but no sign of a charging brick. Google is also still using paper to cover up the display, in line with the company’s sustainability goals.

At this point, there’s about a month to go until the Pixel 7 and Pixel 7 Pro finally go official, with October being Google’s usual timeline for new hardware. Alongside that, Google is also launching its first smartwatch, the Pixel Watch, alongside the Pixel 7 as we recently reported.