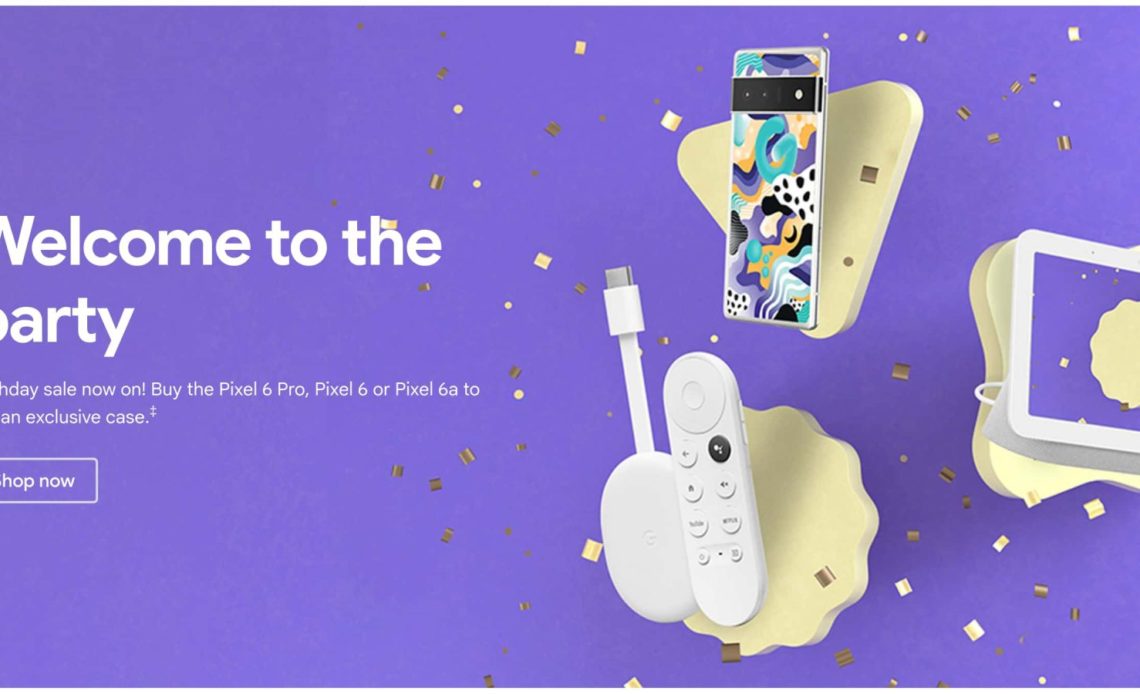 Google celebrates its inception every year on September 27 and marks it internationally with deals on first-party hardware. The Google Store’s 24th birthday sale is now live in Asia.

Update 9/9: In European countries like France, Germany, Italy, and Sweden, using the code “GOOGLEPARTY24” at checkout takes 20% off. Be sure to browse your local offers page.

In the UK, a banner announces how “The 9/9 sales event is no longer taking place” out of respect. However, the above promo code still works.

Update 9/8: The Google Store’s 24th birthday sale has kicked off in Asia-Pacific. The common offer is a commemorative case with Pixel 6, 6 Pro, or 6a purchase this weekend.

The predominantly purple design extends to the strip above the camera bar and features splotches of yellow and blue with a teal ‘G’ just underneath the lenses. There’s also the sun and moon with more than a few black dots. Honestly, the color scheme reminds us of Matías Duarte’s phenomenally exuberant shirt collection.

It’s not clear if this is based on Google’s existing Pixel case or another accessory entirely. Meanwhile, phone purchases in Taiwan and Australia also come with a Google Store credit, while offers on other devices will go live soon in Japan (where stickers are being included). In Asia, the deals run through this weekend instead of just lasting 24 hours (like in Europe).

Original 8/30: Across most European and some Asia-Pacific (Japan and Taiwan, but not Australia) Google Stores today, you’ll find the following banner: “Our 24-hour sale is starting 9/9. The countdown is on.”

Celebrate 24 years of Google. RSVP for early access to our 24-hour sale, coming 9/9.

Friday, September 9, is curiously early compared to previous years. That said, it’s closer to the date of Google’s actual incorporation on September 4, 1998, though google.com was first registered a year earlier on September 15.

Last year’s festivities saw a Pixel 6 promotion in Asia even before the flagship phones were fully launched or even priced. If you bought something from the Google Store during the sale, you were entitled to a discount.

Europe saw more straightforward deals with a 20% off promo code on most products. Select items saw a deeper 23% discount.

More local Google Stores in both regions should go live ahead of the 24th birthday. The company has not brought this birthday sale to the US but makes up for that with a bigger Black Friday period. The one-day sale is always awkwardly timed before the Pixel’s fall launch season. Speaking of that, retailers continue to clear out Pixel 6 (currently $469 on Amazon) and 6 Pro inventory ahead of the Pixel 7.