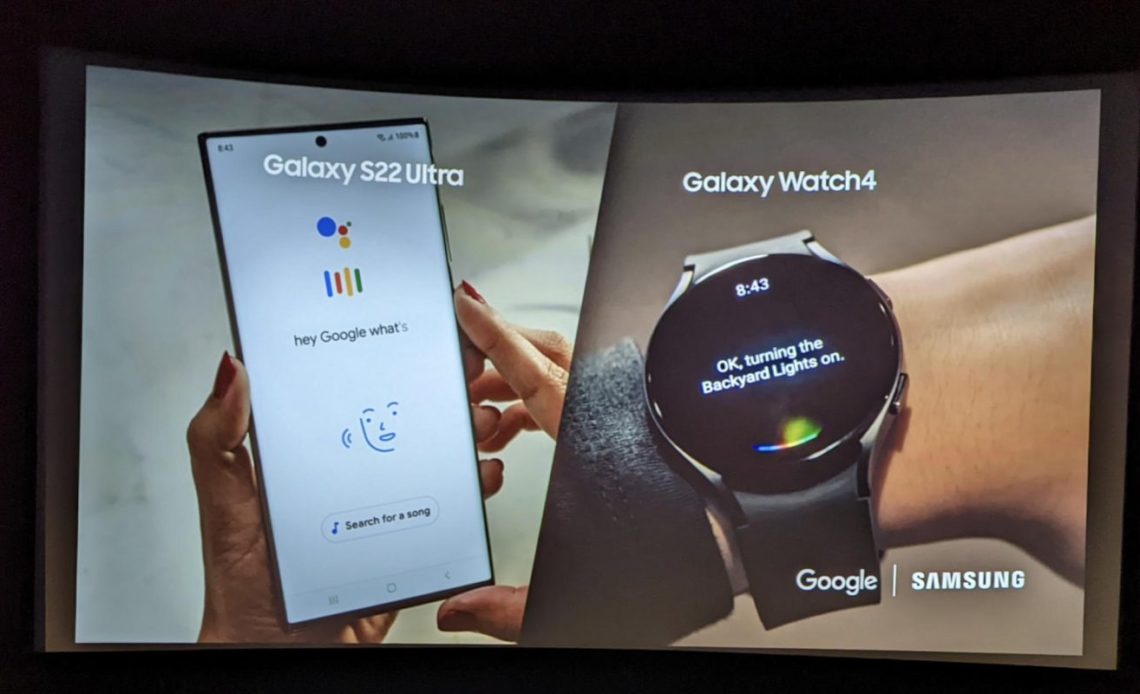 The Google-Samsung relationship has improved a great deal in recent years with the latter often appearing at the former’s keynotes, while there have been joint ad campaigns. The latest highlights a slew of Google services running on Samsung hardware.

Update 7/14: The Google and Samsung #MakeItEpic campaign continues with a new ad today that highlights the same things: Samsung phones, Hum to Search in the Google app, YouTube, Casting to a television, and Assistant on the Galaxy Watch 4. They are clearly trying to capitalize on an element of nostalgia.

Update 7/7: Google posted the 30-second ad on Instagram (via Android’s account) today. The song being hummed and Casted is “Everybody (Backstreet’s Back)” by the Backstreet Boys.

Original 7/3: It starts with somebody at a dinner party using the Google app’s Hum to Search capability to find a song stuck in their head. Once identified by Google Search, it’s sent to a nearby Samsung television. After more examples and “Make it epic” tagline, the video ends by identifying the Galaxy S22 Ultra and Galaxy Watch 4 with Google Assistant.

Besides online, we’ve seen this Google-Samsung ad play in a theater before a movie. Many of the integrations are fairly obvious, but the promo for Hum to Search and the fairly new Google Assistant on the Galaxy Watch 4 does help raise awareness.

Focus and fun. Get it all done with Google.

Share moments together, seamlessly connect your devices, and discover more of what you love with the Samsung Galaxy S22 Ultra and Galaxy Z Fold3 5G.

Besides an S22 Ultra, the Galaxy Z Fold 3 is getting key billing. Three tentpoles are being highlighted:

Google is also promoting Google Lens on the S22 Ultra and Work Profile with the Fold 3.