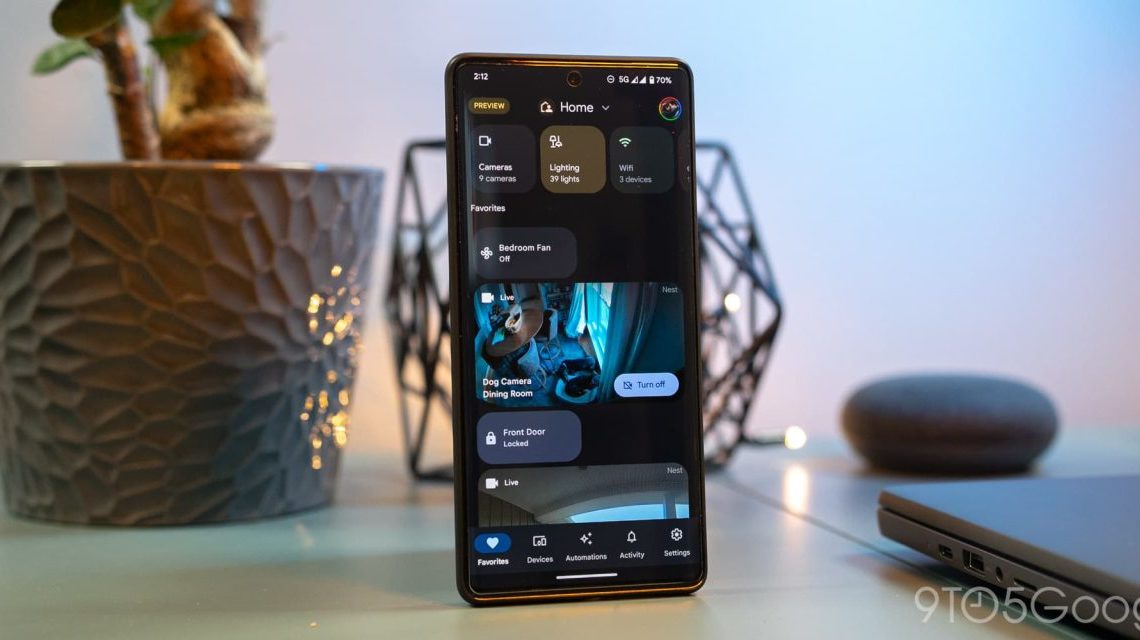 Some television sets can be controlled by the Nest Hub, and the Google Home app is now finally starting to pick up those touch-based controls.

Back in August, Google said it was “rolling out redesigned controls for popular smart home devices in the Google Home app,” including fans, air purifiers, vacuum cleaners, and TVs. This turned out to be pretty minor visual tweaks to a device’s control page.

It’s the same template as for non-Cast smart speakers, with a large switch for volume and pills housing everything else, except play/pause.

As of today, there are reports from LG and Samsung television owners who are on the redesigned Home app Preview Program. This functionality is not yet widely rolled out in the Google Home app for all users.