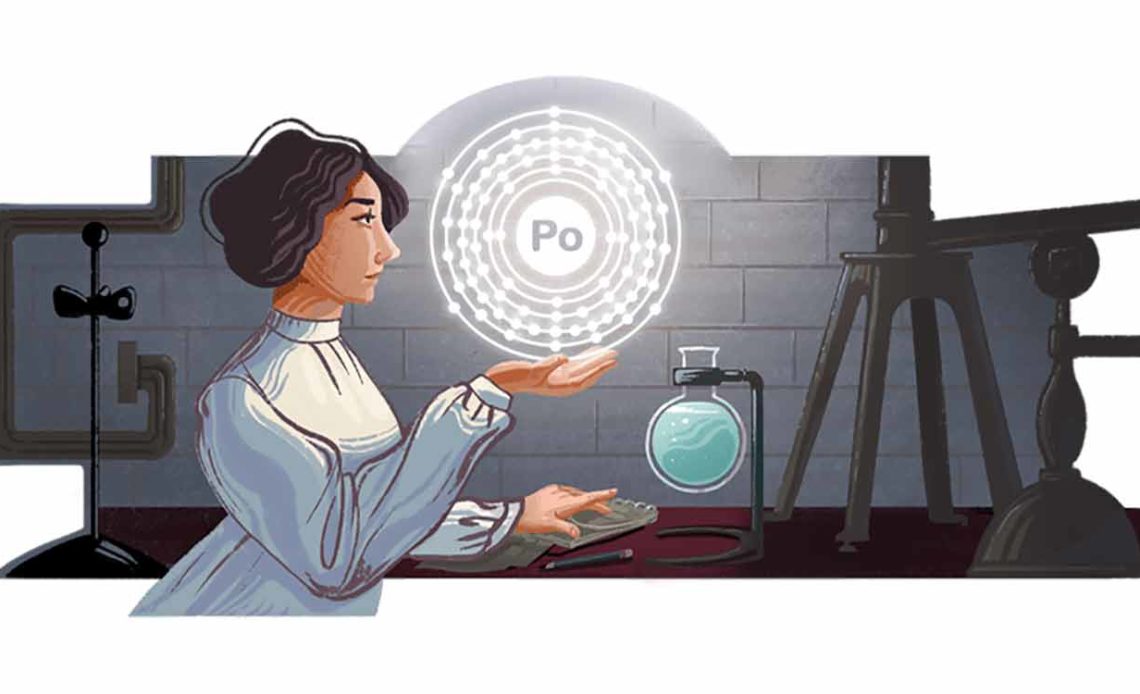 Today’s Google Doodle helps honor and celebrate trailblazing Romanian physicist Ștefania Mărăcineanu, on what would have been her 140th birthday.

Little is known of Mărăcineanu’s early and personal life, but according to biographers Marlene and Geoffrey Rayner-Canham, it was a “bleak” childhood. After graduating from the University of Bucharest with a degree in physical and chemical science in 1910, the young scientist taught at various high schools in the city including the Central School for Girls. While teaching, Mărăcineanu earned a scholarship from the Romanian Ministry of Science and this eventually led to a graduate research position at the Radium Institute in Paris, France.

As one of the most prominent centers studying the effect of radiation and radioactivity, Ștefania Mărăcineanu worked under the tutelage of physicist Marie Curie. The young Romanian even began working on her PhD thesis on polonium, the very element that Curie had previously discovered.

While investing the half-life of polonium, Mărăcineanu noticed that the half-life seemed dependent on the type of metal it was placed on. It was this tidbit that had her wondering if the alpha rays from the polonium had transferred some atoms of the metal into radioactive isotopes. Ștefania Mărăcinean’s research led to what is widely considered the first example of artificial radioactivity.

After a time at the Radium Institute, Mărăcineanu went on to finish her PhD in physics at Sorbonne University in Paris. Four years working at the Astronomical Observatory in Meudon followed before a return to Romania. It is here where Ștefania Mărăcineanu founded Romania’s very first laboratory dedicated to the study of radioactivity.

A physicist in every sense of the word, Mărăcineanu even dedicated time to researching artificial rain, heading to Algeria to test her results. It is here that she even studied the link between earthquakes and rainfall, becoming the first to notice that there is often a significant increase in radioactivity at the epicenter leading up to an earthquake.

Despite being one of the foremost people researching and knowledgable on radioactivity, in 1935, Irène Currie, daughter of Marie Curie, and her husband received a joint Nobel prize for their discovery of artificial radioactivity.

Although Mărăcineanu chose not to contest the Nobel prize, she did ask that her role in the discovery be officially recognized. Mărăcineanu’s work was recognized by the Academy of Sciences of Romania in 1936 where she was elected to serve as a Director of research, but she never received global recognition for the discovery.

Ștefania Mărăcineanu sadly died of cancer in 1944, which is reportedly due to radiation exposure throughout her work and experiments. Today’s Google Doodle features a simple laboratory in homage to the Curie Museum in Paris where Ștefania Mărăcineanu would undoubtedly have spent countless hours and, celebrating what would have been her 140th birthday and legacy as a pioneering female physicist.