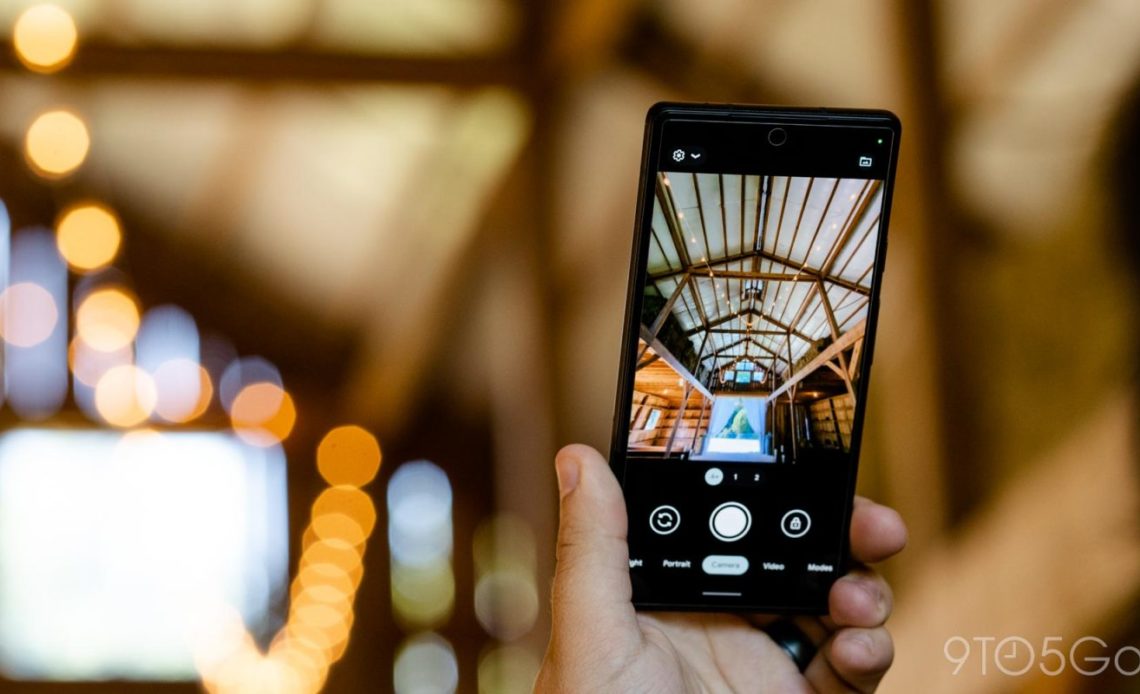 Just in time for the Pixel 6a’s launch, Google has released a new update for the Pixel series Camera app, which includes early work on a new mode for foldables, as well as preparation to offer selfie-taking advice.

For years now, we’ve been tracking progress on the development of Google’s first foldable Android phone, which we previously revealed could be called the “Pixel Notepad.” While this device has been delayed multiple times, it’s certainly still in development.

With Camera 8.6, we have our best evidence of Google’s continued foldable Pixel efforts to date, thanks to the inclusion of a new mode with the codename “Jupiter.” On devices where it is available, Jupiter will be accessible via a button to the left of the Switch Camera’s button.

What really makes the feature stand out as interesting is its icon. It seems to feature a foldable phone divided down the center by a dotted line with an arrow running from the rear to the front. Check it out:

Unfortunately, nothing in the current code for Jupiter gives us a very clear picture of what the new mode is intended to do. The only other detail we were able to uncover is that activating Jupiter on your foldable will hide the Switch Cameras button.

One possibility is that it’s simply a mode that only works with a single camera, presumably the rear-facing one, thus removing the need for that particular button. Another idea is that, since foldables have larger screen real estate, Jupiter mode could show both front and rear cameras simultaneously.

A more practical idea is that the icon could represent flipping over the Pixel Notepad to use the nicer, rear-facing camera to take a selfie of higher quality than would normally be possible. In that instance, the camera viewfinder would presumably be visible on the smaller, outer screen.

Whatever the case may be, it’s clear Google is still moving closer to the release of its first foldable Pixel, preparing new camera features and techniques that may only be possible on that form factor.

A more straightforward addition to Google Camera 8.6 is that of “Hotshot,” which is explained as a way to improve the way we take selfies with our Pixel phones. Specifically, it seems like an enhancement of the existing “coaching” features in Google Camera, but with a focus on selfies.

Use visual, audio and haptic feedback to provide selfie guidance

The included icon shows the outline of a person, perfectly centered within the frame of a smartphone.

The mentioned “audio and haptic feedback” likely refers to a gentle alert that the shot you’ve framed up should look great and is ready to be captured. As for the “visual” feedback, it seems this may be something of a frame, offering a suggestion of where your face should appear in the shot.

As of today, Google Camera’s selfie tips are limited to suggestions, like raising your camera to get a better angle for your face. Hotshot seems to take these recommendations further while still leaving them optional. For now, Hotshot does not appear to be live in the Google Camera app.

Google Camera 8.6 also includes preparations for two more modes/settings, code-named “Amber” and “Amethyst.” Unfortunately, information is a bit limited at the moment, leaving us only to speculate about what they may mean for the future of Pixel photography.

From what we can piece together, Amber is a new mode for taking videos with your Pixel device. Like the “Active” stabilization offered on the Pixel 6, Amber will be limited to recording at 1080p and 30 frames per second, rather than the full 4K/60 recording some Pixels are capable of.

Meanwhile, Amethyst seems like it may be a toggle in the quick settings available above Google Camera’s viewfinder. The only other clue we have is that Amethyst is represented with a light bulb icon.

In the previous update to the Google Camera app, version 8.5, our team found a variety of tidbits that offered new insights into the photography and videography features of the Pixel 7 series and next year’s Pixel tablet. However, it’s worth noting that Google has now removed all information about unreleased devices from the Google Camera app.