GOG Galaxy 2.0 aims to put all your digital games in one place

Competition is supposed to be good, right? It means a bigger selection and better prices, so it’s great for consumers. But when the Epic Store launched last December, gamers were pissed. Because it meant their digital games collection was now fragmented between even more services. Gamers like having their collection all in one place, and for most that means sticking with Steam. That isn’t great for rival sites like GOG. While it was created as a place to buy classic titles, it’s evolved into a marketplace that sells a lot of indie games and even some AAA fare. It added some Steam-like features in its GOG Galaxy launcher, which incorporated things like play stats and leaderboards. But still, there was the fragmentation problem. Galaxy 2.0, now in closed beta, is designed to fix that problem by bringing everything back together. 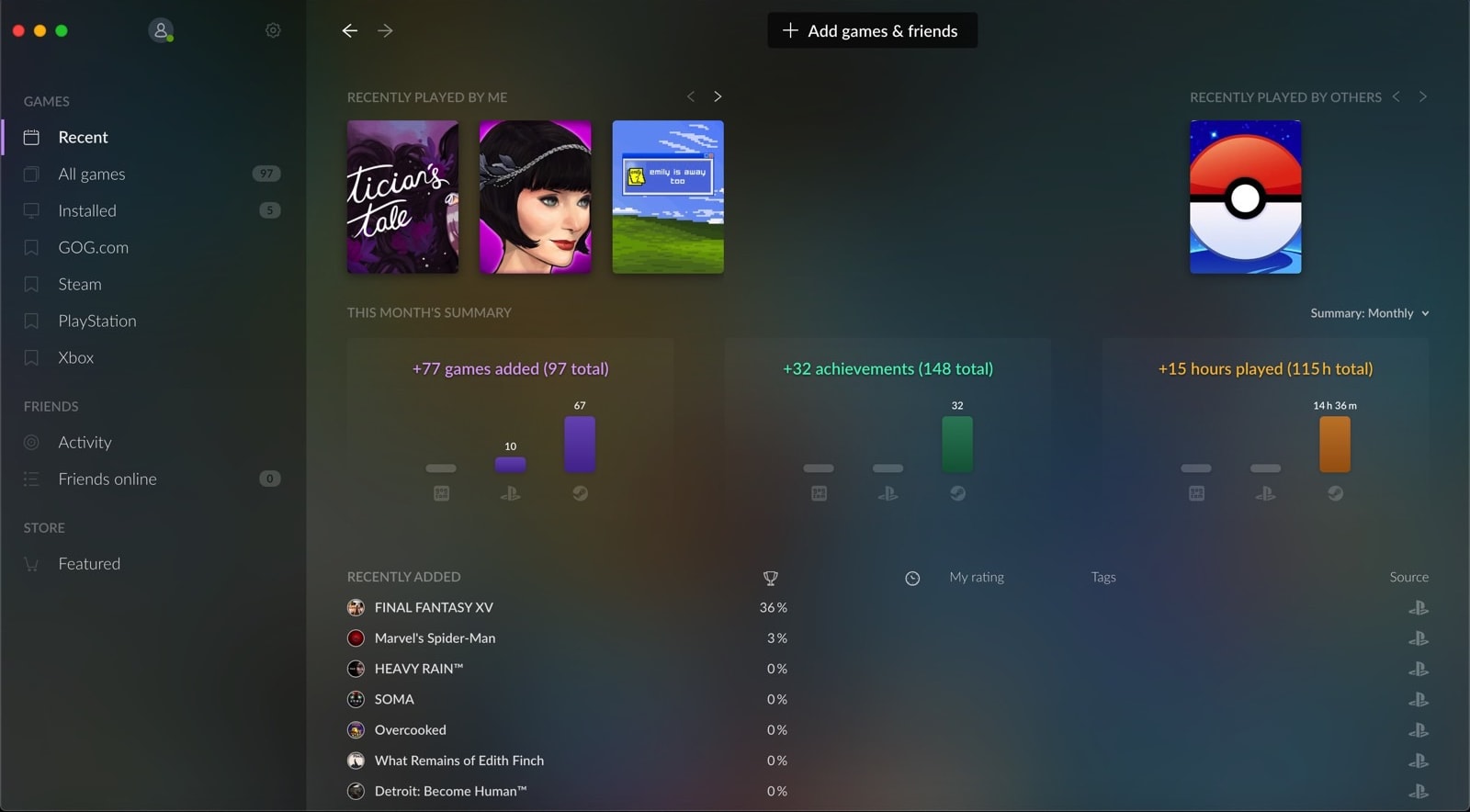 GOG Galaxy 2.0 is a simple, lightweight client that tracks what games you have and how much you play them. You can connect a number of games accounts to it besides your GOG library: Steam, Epic, Origin, Uplay and even Xbox Live and PlayStation Network. Galaxy presents them all on a single screen alphabetically, though you can filter that list by platform, genre or OS. You can also just click the “Mac” or “PC” button that appears at the top to just get the games you can play on your current system. 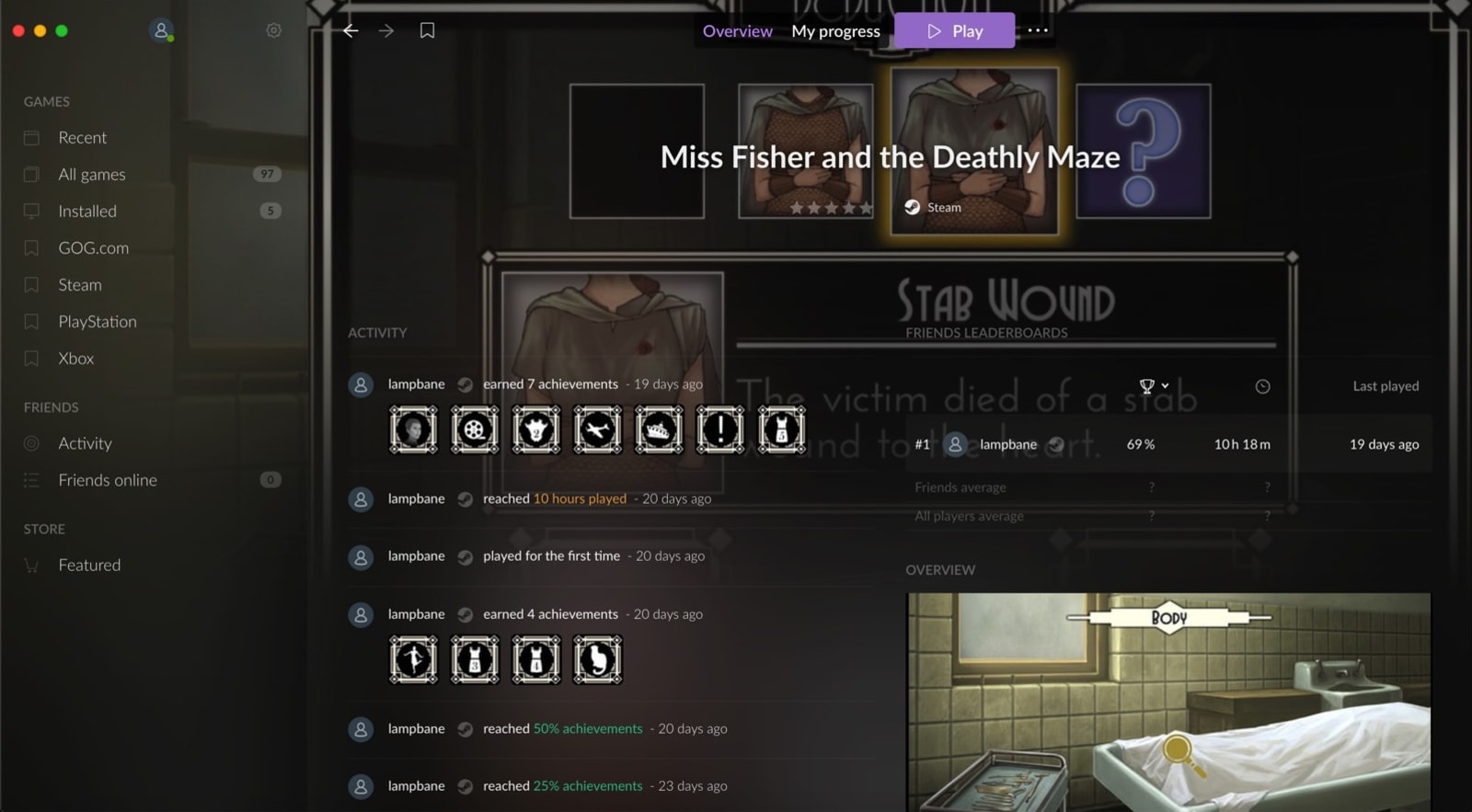 When you select a game, you’ll see your play history, leaderboards and the overview of the game, but perhaps most importantly, you can launch or install the game using the button at the top. That is, if it’s compatible; it’s not a backdoor to your Xbox or PlayStation titles, directing you to go use your console instead. It also doesn’t completely replace Steam or the other clients. You’ll still need them on your system somewhere, but at least they don’t have to clutter up your desktop or taskbar. The only things that remind me they exist are the pop-ups that arise when I install a new title, or the little “access the Steam community” message that appears in the corner when I open a Steam game. 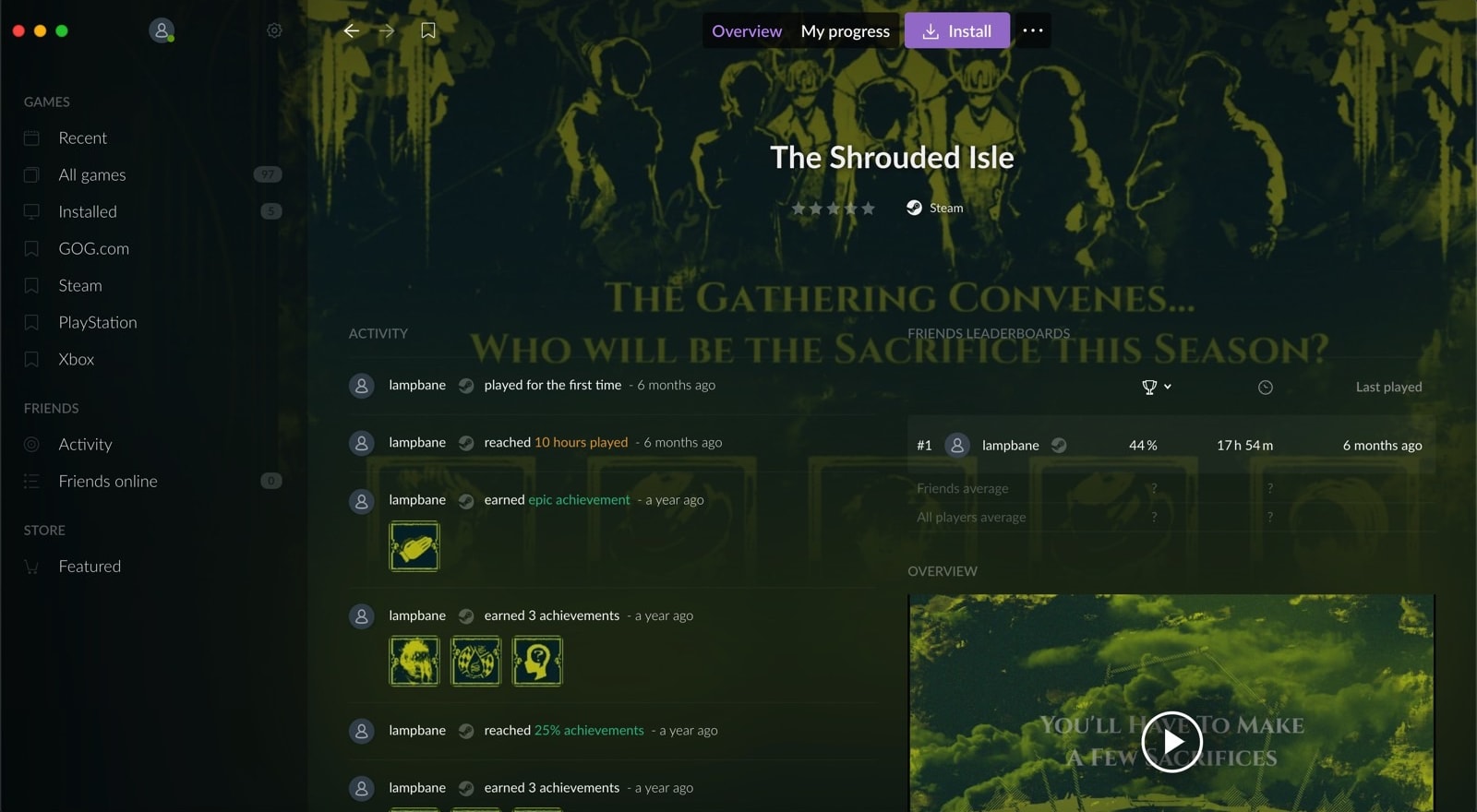 In beta GOG Galaxy 2.0 is fairly dry right now; I’m the only one of my friends using it so my leaderboards aren’t populated and there’s no one to chat with. I connected my Steam, PSN and Xbox Live accounts to it, and it’s at least very nice to see everything lined up in one place; most people I know use spreadsheets to keep track of their collections. 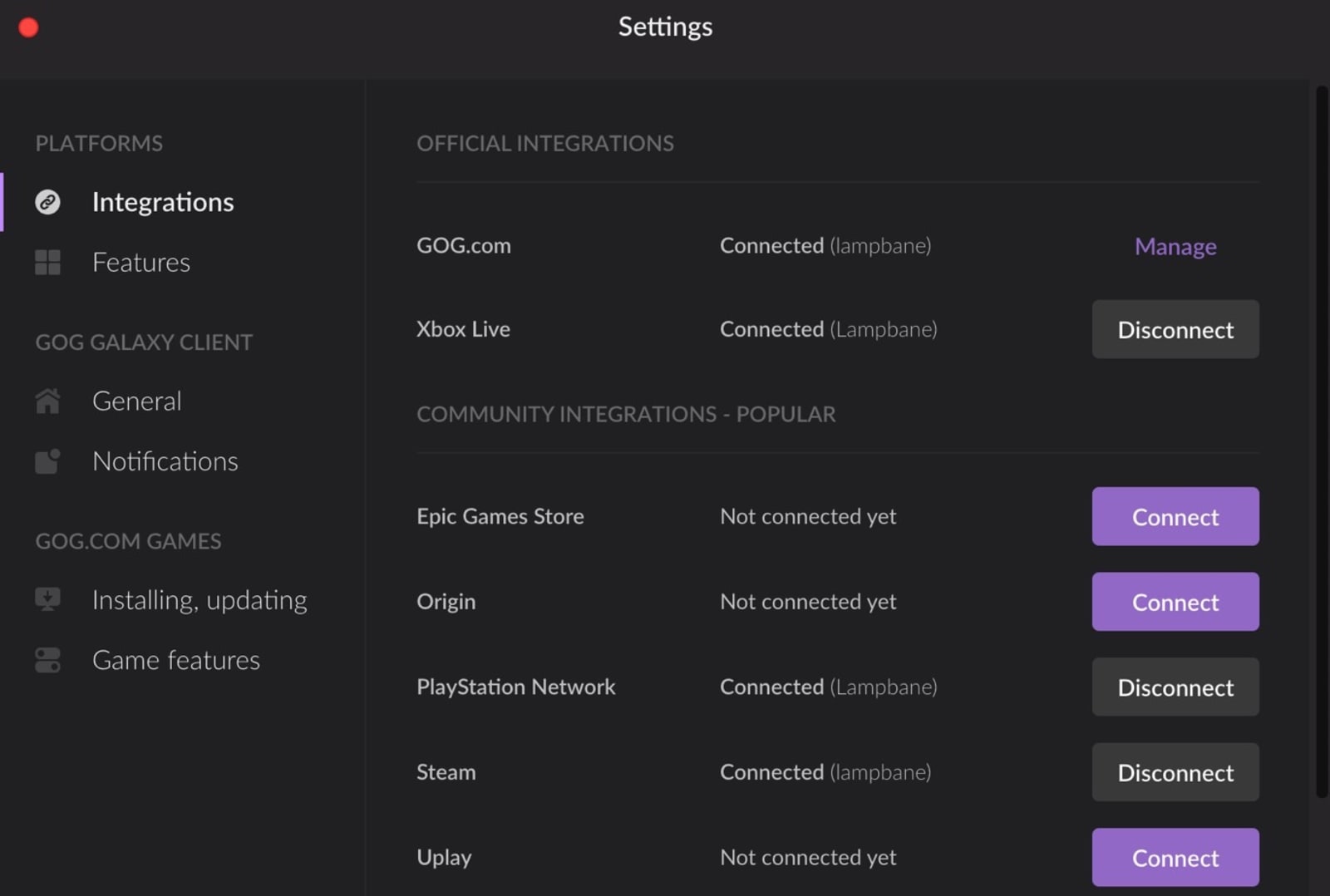 I’m disappointed to see it hasn’t integrated Humble Store yet, as that’s probably where I have the most digital games — it’s pretty easy to build up a huge library when you only have to pay $1 for a bundle. GOG seems to be hoping that its users will pick up the slack there — there’s an option for “manually added” integrations that directs you to a GitHub page which outlines integration requirements and even has platform IDs listed for things like Battle.net and Itch.io… I guess GOG is taking an “if you build it, they will come” stance here.

You can sign up for the closed beta but it might be a while before you get access. Honestly, that’s fine, as there’s so little on offer right now it’s easy to lose interest. Once this thing goes public with a full set of integrations and some more features, though, it might be time to bid those spreadsheets adieu.