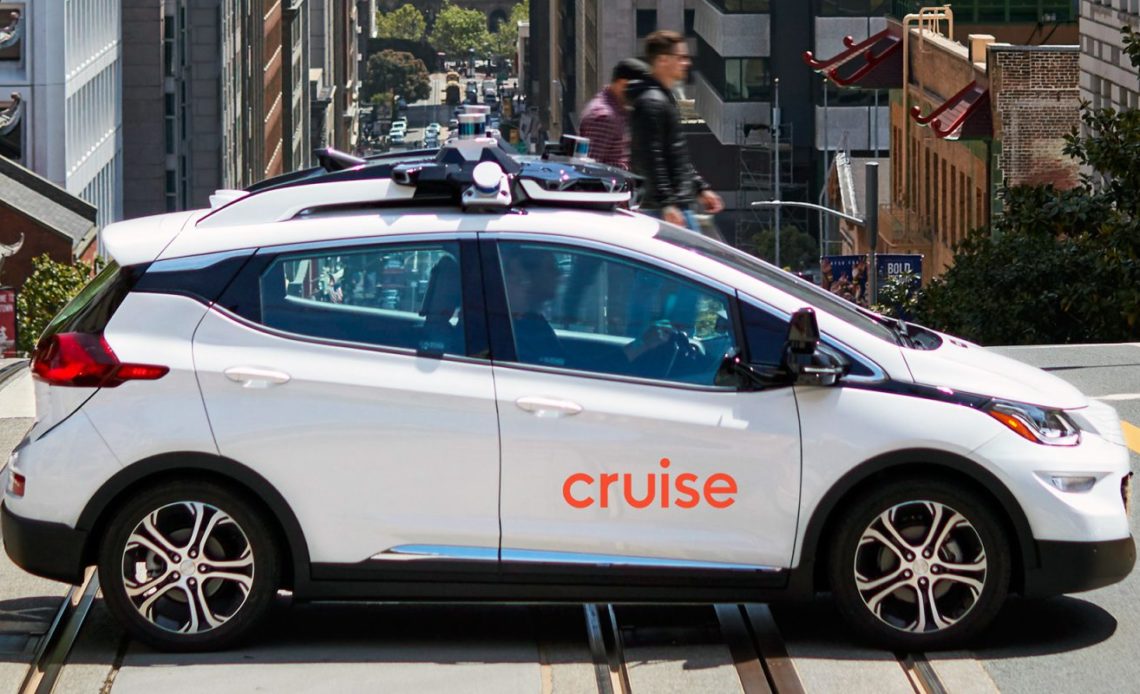 Cruise has been operating a free driverless taxi service in the area since earlier this year (and got pulled over once), but last night it began charging for this service. Both Cruise and its rival Waymo, a division of Google’s parent company Alphabet, have been hoping for some time to start charging for autonomous taxi rides in California. Waymo got permission in February but has not yet started charging fares.

Cruise’s program is still quite limited, only covering about a third of San Francisco with 30 cars. While anyone can sign up, Cruise is sending out limited invites for users given the limitations of their vehicle supply and geofenced area at the moment.

Cruise CEO Kyle Vogt went on CNBC to talk with Phil LeBeau about the news this morning:

Vogt said that there were “a number” of five-star reviews (how many?) for the “handful” of rides they offered, and that users originally have some hesitance when riding in a car with no driver but eventually come to like the idea of having their own space and not needing to share it with a stranger.

The system is currently geofenced to the Northwest corner of the city of San Francisco and only runs between 10pm and 6am. This is done mostly for safety – there are fewer pedestrians and other cars on the road during those hours, making for a simpler driving situation for the autonomous vehicles involved.

The geofencing also helps make driving simpler for these vehicles. The city of San Francisco proper is actually quite small – only about 7 by 7 miles – so vehicles are restricted to an area less than about 20 square miles. And while San Francisco is not an easy city to drive in, the Northwest corner of the city is the least complex portion, with mostly residential areas arranged into a grid of low-speed streets. The Northeast portion, the downtown area, is more complex, so it makes sense that Cruise is keeping their fared rides in the simpler part of town for now.

Cruise still operates unfared driverless rides in the rest of the city, but wants to expand paid rides across the city quickly. Vogt said that “as soon as the end of the year” it may have “hundreds” of vehicles “covering all of San Francisco.”

Vogt points out that Cruise should be able to offer drives for cheaper than taxis with drivers in them, because the driver does not need to be paid for their time.

So far, Cruise’s paid driverless taxi is less expensive than competing ride-hailing apps, but not by a lot. Cruise said that a trip would cost 90 cents per mile and 40 cents per minute, plus a $5 base fee. For a sample 1.3 mile trip, this would cost a total of $8.72 including taxes, whereas Uber would cost $10.41 for the same trip. So a cost reduction, sure, but not a tremendous one. Vogt claims that the cost will eventually drop to “far below” the cost of ride-hailing apps today as technology develops, but given that ride-hailing apps currently run at a loss anyway, we don’t really know how the economics of any of this will shake out in the long run.

I’ve had a ride in a free autonomous taxi before (not from Cruise or Waymo) – but with a safety driver and a technician in the car, both instructed not to intervene unless necessary – and I was reasonably impressed by the experience. It was also in a geofenced area, similar to Cruise’s new effort, and the area was heavily mapped and chosen for its wide roads and relatively low traffic.

There were a couple iffy moments, but the car still handled even some complicated situations quite well. When we encountered construction with cones on the road and a worker with a handheld “SLOW” sign, the car slowed (to a crawl), to the point that the worker tried to wave us through, then noticed the driver with his hands off the wheel, then laughed with understanding once he noticed he was looking at a self-driving car.

The experience was more reassuring than what I’ve experienced in Tesla’s “Full Self-Driving” mode, which has a lot of issues with phantom braking and other weird decisions, though Tesla is not geofenced and thus has a more complex job to do.

As for the overall social issues with driverless taxis, I do see the value of having your own space as the COVID-19 pandemic continues on. While I am definitely a talkative taxi rider and enjoy having conversations with my driver, shared transport with strangers is one of the vectors of transmission, so having one’s own space is valuable, particularly as many have forgotten the necessity of wearing masks.

But on a longer timeline and with a wider lens, in order to fight climate change we should also be moving towards less car-dependent public transit and more mass public transit (trains, buses, or perhaps driverless ride-share taxis which pick up multiple riders) and micromobility. While single-occupancy taxis will have their use, there are better solutions for transportation if we are really going to take the necessary steps to redesign our cities to tackle climate change.

Plus there is the issue of labor – paid driverless taxis will put drivers out of a job, and while that results in cost and efficiency savings for society as a whole, what it also does is channel that money away from the sizeable chunk of workers who currently make a living off of driving and towards the owners of autonomous vehicles, whether that be individuals who can purchase robotaxis as Tesla envisions, or large companies who operate fleets like GM Cruise. As a society, we need to decide whether it’s a good or bad thing to concentrate the revenue from transportation into fewer hands, or how to better distribute it if not.