Garmin Vivosmart 5 is priced like Fitbit’s Charge 5, but lacks AOD and contactless payments 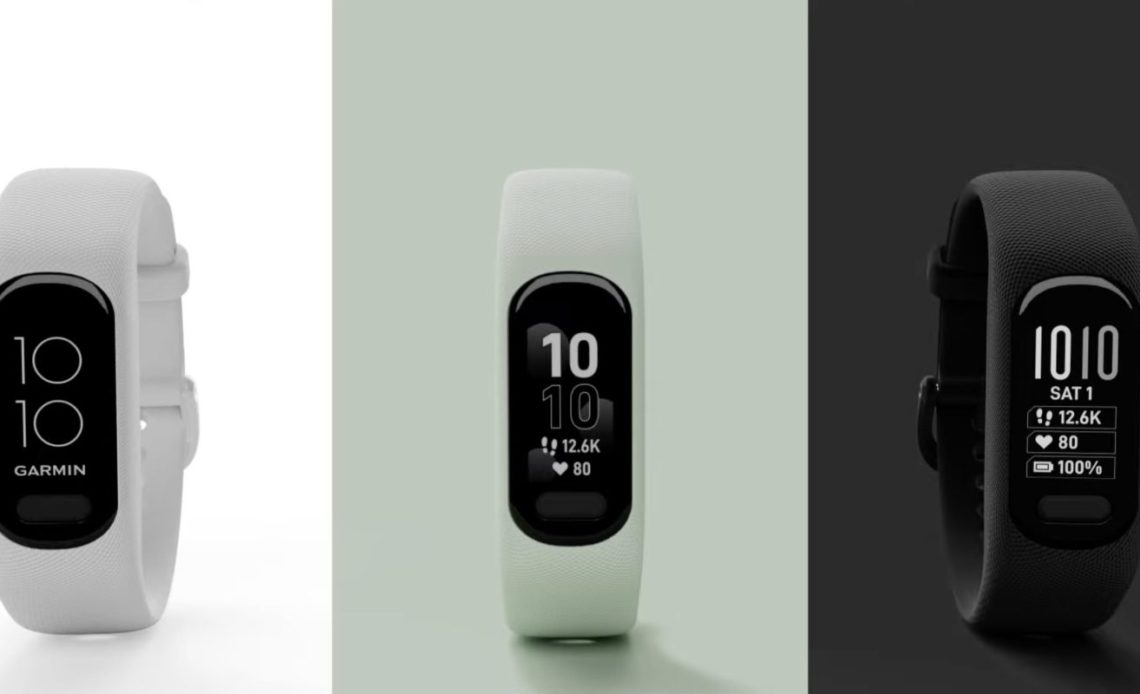 For the most part, smartwatches have overtaken band-style wearables that feature screens. Fitbit is the notable holdout, while Garmin today released the Vivosmart 5.

Besides a heart rate sensor on the back, there’s a pulse ox blood oxygen saturation monitor and plug-in charging port. You also get an accelerometer and ambient light sensor, while connectivity includes Bluetooth and ANT+.

In a first for the Vivosmart lineup, the bands (Black, White, and Cool Mint) are interchangeable by pulling the tracker out. There’s no built-in GPS so a phone is required for location. The battery is rated for up to seven days “excluding pulse or sleep tracking,” while there’s a standard 5ATM water rating that’s good for swimming.

Health capabilities include 24/7 heart rate and blood oxygen saturation, though SpO2 can be limited to on-demand checks or just at night. There’s also respiration tracking “throughout the day, during sleep and during breathwork and yoga activities.”

The Inspire 2 lacks SpO2, but does offer skin temperature (variation) tracking at night, while the Charge 5 has ECG.

In terms of features you’d more associate with a smartwatch, there’s email, text, and other alert notifications, while Android users can reply to SMS. Additionally:

Safety and tracking features provide peace of mind when out and about. Simply press the button for a few seconds to trigger an assistance alert that sends a text message with the user’s location to designated emergency contacts.

Garmin also offers basic calendar and weather apps, as well as the ability to play/pause audio playing on your phone. Fitbit trackers lack these capabilities, with the lack of music controls remaining particularly annoying, though there is support for contactless payments on the Charge 5.

At $149.99, Garmin’s Vivosmart 5 is priced like the Charge 5, but is more analogous to the $130 Luxe or even $100 Inspire 2 in terms of non-fitness capabilities/conveniences. Those that want a more hard-core fitness tracker would do well with Garmin – which likes to tout “no subscription required” in a Fitbit Premium knock, but the Google-owned lineup feels more compelling and modern on the whole.