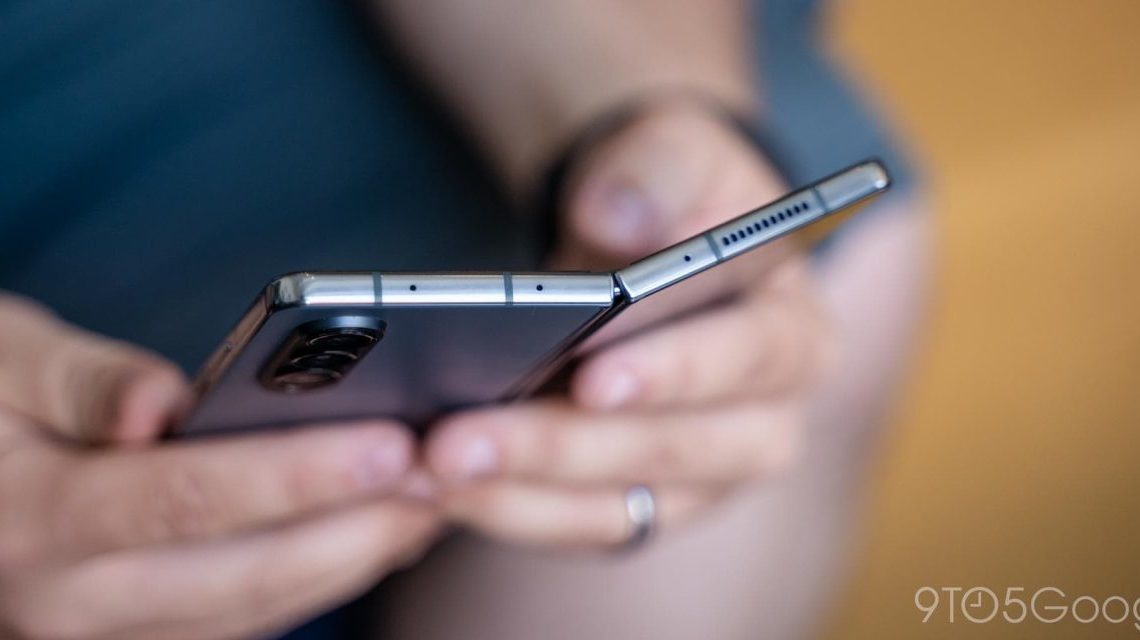 Through four generations of its flagship foldable, Samsung has kept mostly the same design for its hinge which leads to a noticeable crease in the inner display. But with the Galaxy Z Fold 5, it seems Samsung might finally make some real progress on the hinge by adopting a “droplet” style.

There have been two main designs for foldable to date when it comes to the hinge. Samsung’s design puts the display and its ultra-thin glass into a tight curve. That leads to the inner display having a fairly deep crease and the body of the phone to be at a slight angle, leaving the frame slightly separated from the other half when the phone is closed up. Samsung employs the same hinge design across both its Fold and Flip models.

But on the other hand, there’s the “waterdrop” design that other brands have been using.

From Oppo to Motorola and others, the “waterdrop” hinge design for foldable smartphones allows the display to slightly flex into the hinge space a bit, leading to a lesser radius and in turn, less of a crease. It’s something abundantly clear when comparing Samsung’s phones to that of, say, the Oppo Find N series as pictured below.

According to tipster Ice Universe, Samsung will be moving over to that style with the launch of the Galaxy Z Fold 5, with a “droplet” style hinge. Apparently, Samsung internally refers to the design as a “dumbbell” hinge. This wouldn’t be the first time Samsung has updated its design. The Galaxy Z Fold 2 brought the special brushes for dust protection over from the original Z Flip, and the Galaxy Z Fold 4 also has a new hinge design employed.

Why did it take so long for Samsung to adopt this design? It’s been speculated before that water resistance was one core reason, but it seems that’s a challenge Samsung has overcome, as Ice claims the Galaxy Z Fold 5 will retain water resistance even with the new hinge.

Samsung will likely bring the Galaxy Z Fold 5 to market around August of this year, but the company is currently heading towards the launch of the Galaxy S23 series on February 1. Reservations for those devices are open now, and they should show the blueprint for many of the ideas Samsung will bring to its foldables later in the year.