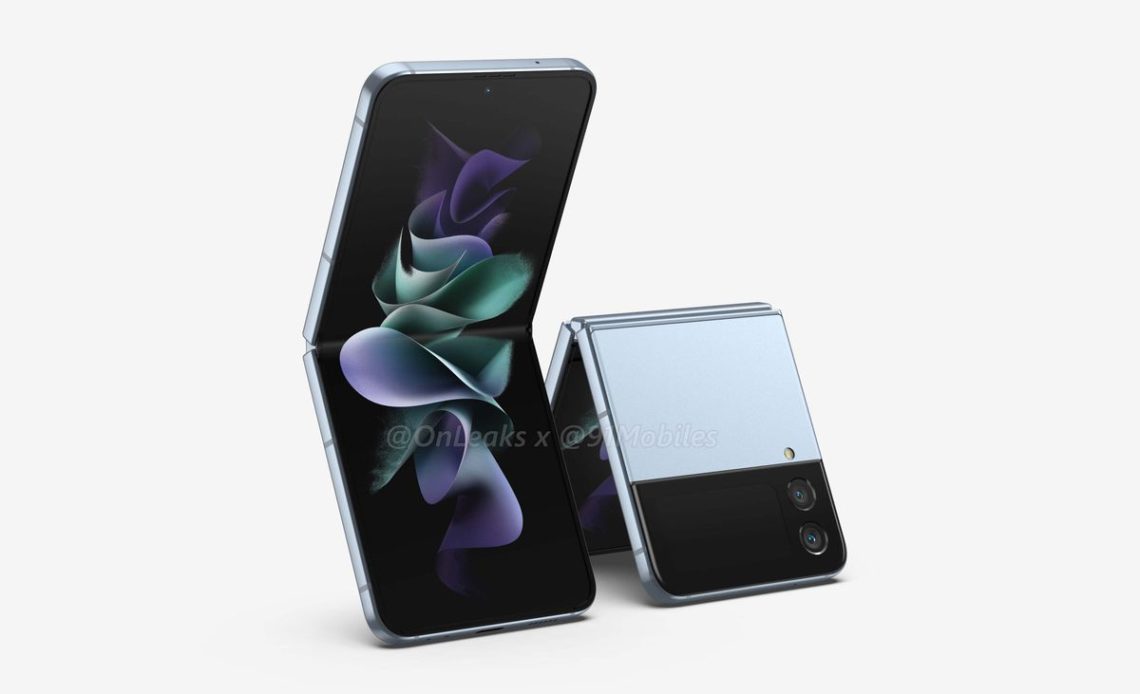 Just hours after we got our first glimpse at the potential design of Samsung’s Z Fold 4, unofficial renders of its smaller sibling — the Z Flip 4 — have also leaked via 91Mobiles and OnLeaks. But while the next Fold might get a redesigned camera bump, the Z Flip 4’s design looks almost identical to its predecessor. Externally it still has a two-tone color scheme with a pair of cameras and small notification display, while inside there’s still a 6.7-inch foldable display with a hole-punch selfie cutout in the top middle.

That’s not necessarily much of a surprise, nor is it definitely a bad thing. Samsung followed up its first Z Flip with the almost-identical Z Flip 5G just months later, so it’s already proved it’s happy to update the internals of its foldables without changing their external appearance. And since we were pretty impressed by last year’s Z Flip 3 (“the first folding phone for normal people”) an immediate design overhaul doesn’t feel essential, even if we wouldn’t say no to a slightly larger external display.

This time, on behalf of my Friends over @91mobiles -> https://t.co/ShA5fPfGCr pic.twitter.com/ZHt4KYJQJ8

If Samsung is planning for its next Z Flip to be a spec bump, we hope that its specs actually get a decent boost. The rear cameras are in most need of improvement, which were both 12-megapixel last time around at a time when Samsung’s comparatively priced flagship Galaxy S devices are getting 50-megapixel main sensors and higher. Expect an official announcement in August, if Samsung follows the same schedule as last year.