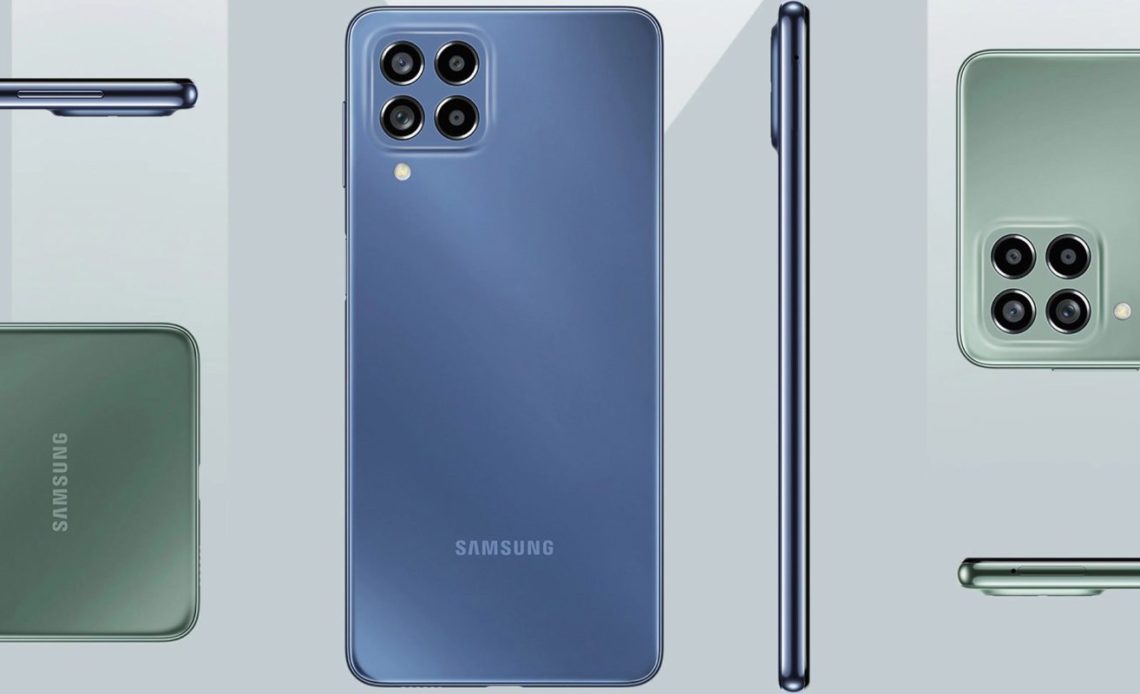 Outside of the US, the affordable Android market is more competitive than ever. The latest such device to launch exclusively in India is the Samsung Galaxy M53.

Boasting an impressive set of specifications, the Samsung Galaxy M53 comes with a flat 6.7-inch 120Hz FHD+ AMOLED display with Gorilla Glass 5 protection. Internally and somewhat oddly, it utilizes a MediaTek Dimensity 900 processor rather than one of Samsung’s own Exynos CPUs. This 6nm chipset touts performance similar to that of the Exynos 1280 found in the recent Galaxy A33 and A53 series handsets.

Backing up the Dimensity 900 is 6/8GB of RAM and 128GB of internal storage, but there is no direct mention of potential microSD card expansion here. The battery weighs in at 5,000mAh with 25W fast charging supported. There’s a side-mounted fingerprint scanner for biometric unlocks here too, but, sadly, there is no room for a 3.5mm headphone port.

At the rear, the Galaxy M53 comes with a quad-camera setup with a 108-megapixel main sensor, 8-megapixel ultra-wide, 2-megapixel macro and 2-megapixel depth sensor. The display punch-hole hosts a 32-megapixel selfie camera.

As you would expect, the Galaxy M53 ships with the most recent One UI 4.1 build atop Android 12. Samsung has not yet confirmed the full update schedule for the M53 and whether it will match the five-year support window offered on the Galaxy A33 and A53 series.