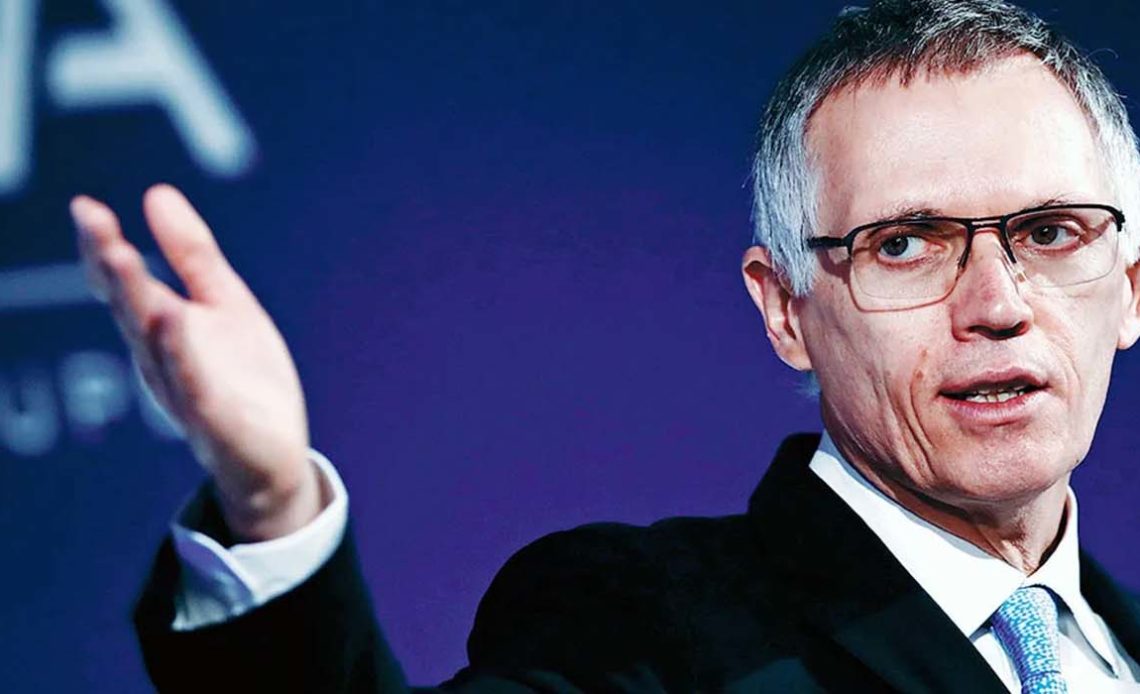 Following news that global automaker Stellantis would be terminating its joint venture to produce Jeeps with Guangzhou Automobile Group (GAC), the Chinese automaker has clapped back. More specifically, GAC has singled out Stellantis CEO Carlos Tavares over his recent comments about the failed joint venture, and the supposed “broken trust” between the two partners.

Stellantis ($STLA) is a top-ten global automotive manufacturer and the current iteration of Fiat Chrysler Automobiles (FCA), following a merger with Peugeot S.A. that was finalized in early 2021. Before that merger, FCA signed a joint venture with Chinese manufacturer GAC Group to produce its vehicles for their local markets overseas, including Jeeps.

Although GAC Group is a top-five automotive manufacturer in China, its joint venture with Stellantis has struggled in recent years, a fact neither party is denying. This “lack of progress,” was the initial reasoning behind Stellantis’ announcement last month that it was terminating its JV with GAC Group in favor of imports, thus halting Chinese Jeep production:

Due to a lack of progress in the previously announced plan for Stellantis to take a majority share of the GAC-Stellantis joint venture, Stellantis N.V. today announced its plan to focus on distributing imported vehicles for the Jeep brand in China to leverage the potential of the brand and its iconic products through an asset-light approach.

In January, Stellantis had tried to raise its stake in the joint venture from 50% to 75%, only to be hindered by GAC. At the time of Stellantis’ termination announcement, we reported GAC’s surprise by the comments from Stellantis, rebuking the public statement, with the retort that no formal agreement had been signed, criticizing Stellantis for stating otherwise.

The jabs over the Chinese manufacturing of Jeeps have continued back and forth, but GAC Group is the latest to publicly denounce its lame duck business partner, singling out Stellantis’ CEO Carlos Tavares.

The finger-pointing over failed Chinese Jeep production continues, according to the most recent chapter reported by Automotive News Europe. The report pointed out that Stellantis CEO Carlos Tavares cited a growing risk of politicians meddling in automotive businesses in China during an earnings presentation last week.

While Tavares acknowledged a decreasing amount of Jeep sales in the Chinese market as reasoning for Stellantis’ JV termination, he expanded by stating the decision was also rooted in “broken trust” with GAC Group, simultaneously blaming Chinese policy that favors local auto brands.

Furthermore, the CEO said Stellantis had signed a deal to raise its stake in the GAC joint venture, but GAC Group “did not do what it was supposed to do.” GAC Group has publicly responded to Tavares’ comments, calling them “unbelievable.”

According to a statement pushed out by GAC Group, several of the vehicles in the Stellantis venture “failed to achieve success, which is the result of a lack of respect for customers in the Chinese automobile market.”

Additionally, GAC said its JV with Stellantis “has not been able to establish a mutually trustworthy operating mechanism adapted to the highly competitive environment in China in order to turn the adverse situation of continuous losses in recent years.”

In terms of the failed takeover by Stellantis earlier this year, GAC stated that it refrained from filing any formal paperwork because there was “no consensus on relevant agreements.” Instead, GAC Group said that it was Stellantis who was the party not fulfilling its commitments. Tag, you’re it.

Regardless of whose fault it is, this joint venture does not appear salvageable, and Chinese-made Jeeps will be discontinued. Moving forward, Stellantis plans to import electrified versions of its Jeep models for sale in China. We will see if they can find any success going it alone.