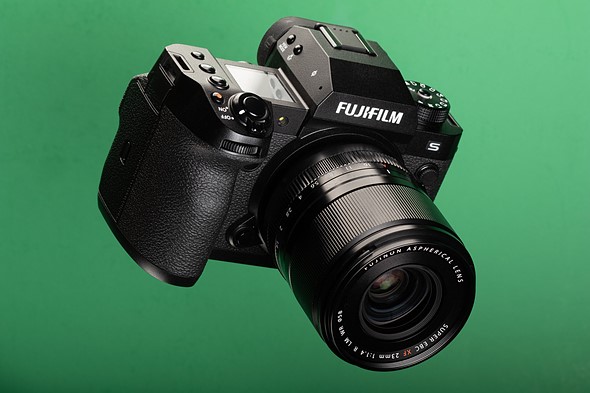 Fujifilm says the ‘airplane’ and ‘bird’ subject detection modes will now be capable of recognizing and focusing on drones and insects, respectively. It’s unclear why Fujifilm opted to put these two new subject-detection modes under existing modes, considering the confusion it could cause. We’ve asked a Fujifilm representative for clarity on this matter and will update if we receive a response.

The motion prediction algorithm has also been updated in firmware version 3.0. According to Fujifilm, the improved algorithm better tracks subjects moving at high speeds, and based on the sample situations illustrated in the images Fujifilm shared, pictured below, it appears this improvement will work with all subject detection mode.

Other minor improvements include improved AF speed when using back-button AF with a severely out-of-focus subject, a fix for an issue that caused the display to lag before and after AF when the ‘Performance Boost EVF Frame Rate Priority’ mode was selected and support for Fujifilm’s TG-BT1 tripod grip, including support for power zoom on the following lenses: XF 18–120mm F4 LM PZ WR and XC 15–45mm F3.5–5.6 OIS PZ, the latter of which has also received a firmware update to enable this support.

Fujifilm has also released a very minor firmware update for its X-H2 APS-C mirrorless camera that adds a few new features and addresses a few issues.