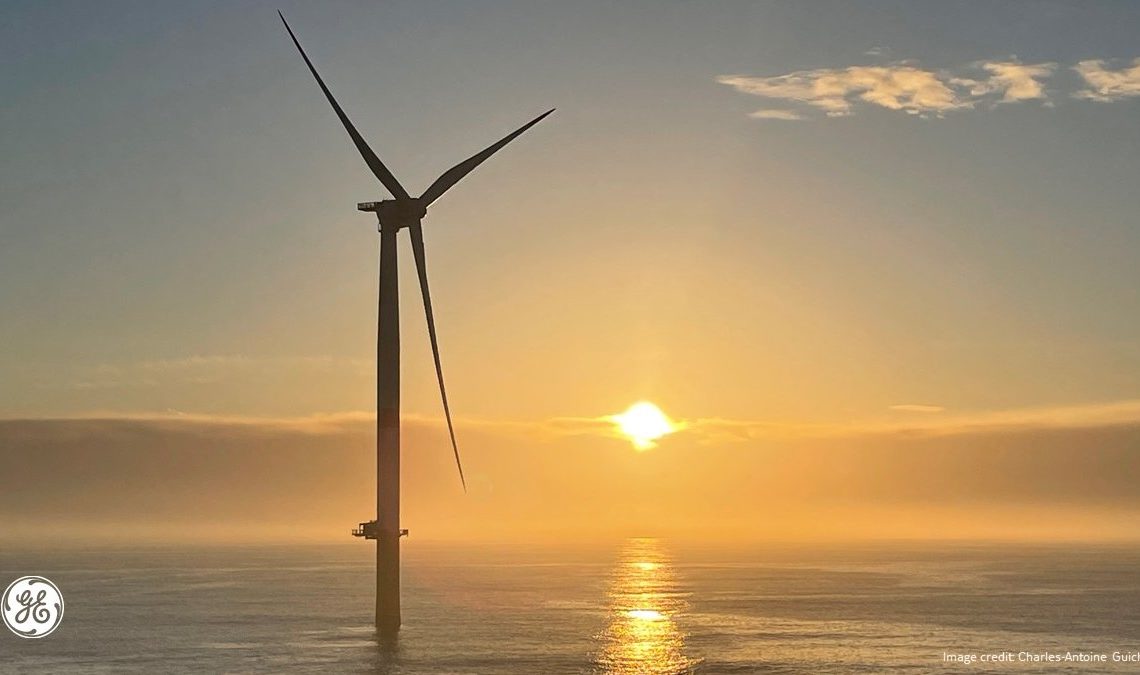 By the end of March, 60 monopile foundations and 22 inter-array cables were installed.

Offshore Engineer explains how the installation will work:

In sets of four, the turbines will be loaded on board of the Vole au Vent and transported 12 km offshore, where the 1,500-tonnes main crane of the vessel will mount them on top of monopile foundations. The installation of one turbine takes approximately 24 hours, depending on the weather conditions, so each installation trip will take about five days. The very last turbine is scheduled to be mounted in autumn 2022, Jan De Nul said Thursday.

The 480-MW wind farm will be sited between 12 and 20 km (7 and 12.4 miles) off the coast of the Guérande peninsula. It’s owned and being developed by Eolien Maritime France (EMF), a consortium of EDF Renouvelables, Enbridge, and Canada Pension Plan Investment Board.

It took an entire decade – the French government approved St. Nazaire in 2012 – to launch the country’s first offshore wind project as a result of local opposition and legal challenges. GE makes much bigger wind turbines now, but this wind farm has to stick with 6 MW turbines because that’s what was originally approved.

St. Nazaire offshore wind farm is scheduled to be operational by the end of 2022.