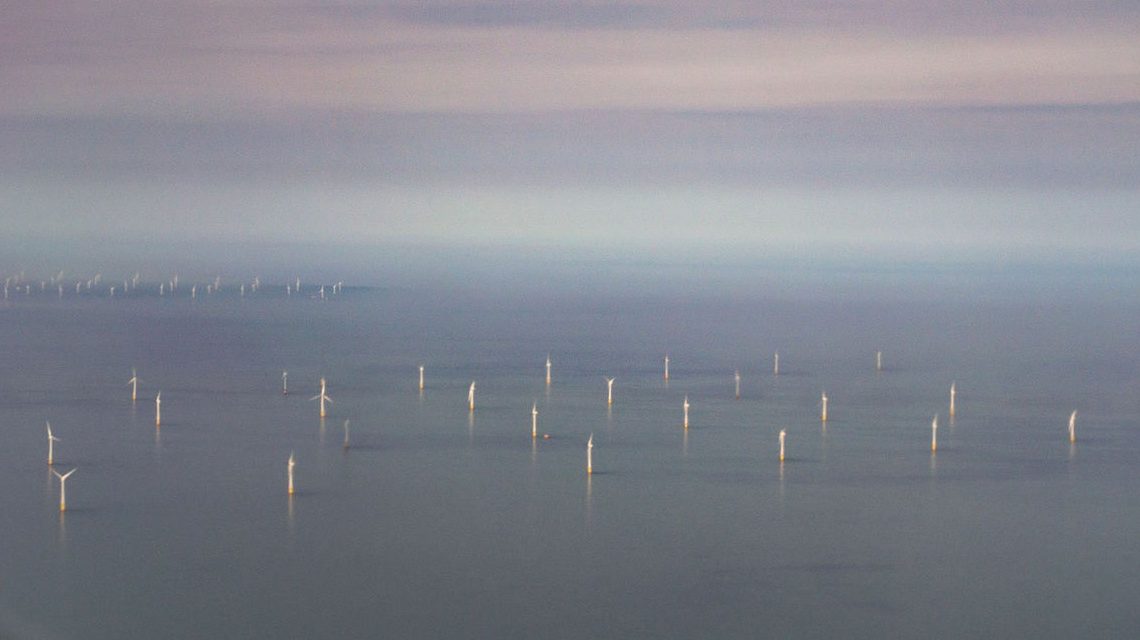 Four EU countries – Belgium, Denmark, Germany, and the Netherlands – jointly announced yesterday that they have set an offshore wind target of at least 65 gigawatts (GW) by 2030 and then intend to more than double that combined total to 150 GW by 2050.

For perspective, according to the Global Wind Energy Council, as of September 2021, there were 35.3 GW of global offshore wind capacity.

That giant offshore wind push by Belgium, Denmark, Germany, and the Netherlands will deliver at least half the capacity needed for the EU to reach net zero by 2050.

The EU has set an overall target of generating 300 GW of offshore wind by 2050, which is up from the current 16 GW installed.

Danish prime minister Mette Frederiksen said that the four EU countries that will build the offshore wind farms off their North Sea coasts “want to increase our total offshore wind capacity fourfold by 2030 and tenfold by 2050.”

The North Sea is the place where, with the offshore wind parks, we can produce electricity on a large scale, in the large quantities we need — and can already do [that] today in a way that it is economical.

The announcement from Belgium, Denmark, Germany, and the Netherlands followed the unveiling earlier in the day yesterday of the RePowerEU Plan, the European Commission‘s “response to the hardships and global energy market disruption caused by Russia’s invasion of Ukraine.”

The EU imported around 40% of its natural gas and 25% of its oil from Russia last year, and it’s working to end the EU’s dependence on Russian fossil fuels “well in advance of 2030” and fight climate change. An EU ban on Russian coal is expected to start in August.

The RePowerEU Plan is a three-pronged plan: faster adoption of clean energy, a boost in energy-saving efforts, and more non-Russian natural gas imports.

The Commission said some investments in fossil fuel infrastructure would be required – €10 billion for a dozen gas and liquefied natural gas projects, and up to €2 billion for oil, targeting land-locked Central and Eastern European countries that lack access to non-Russian supply.

The European Commission said new gas infrastructure would be able to carry green hydrogen in the future.

The plan will cost cost up to €300 billion ($316 billion) and will require an additional investment of €210 billion between now and 2027 by the public and private sectors at national, cross-border, and EU levels. It asserts that “cutting Russian fossil fuel imports can also save us almost €100 billion per year.”

The European Commission also proposed a higher legally binding target of sourcing 45% of EU energy from cleaning energy sources by 2030 – a jump up from its current 40% proposal.

Clean energy initiatives in the RePowerEU Plan include: