For the US Navy, the future of shipbuilding (and warfare) is in the power plant 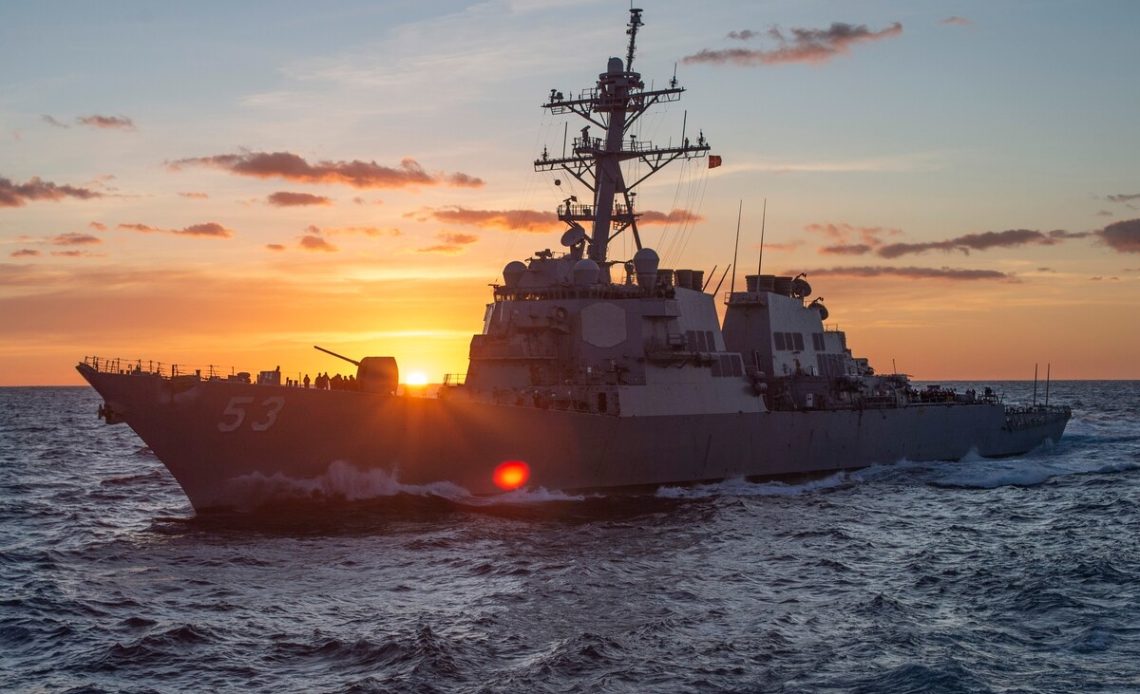 WASHINGTON — The U.S. Navy wants to buy a next-generation large surface combatant by the end of the 2030s, but its not being built for a new kind of sensor or weapon system. The newly dubbed DDG(X) is being built for power.

The Navy has, or course, built ships around advancements in engineering systems before: Nuclear power or steam engines, for example, have led to big leaps in naval design. But the large surface combatant is being built around a significant challenge. Weapons systems of the future such as high-powered electronic warfare systems, laser weapons, and high-powered radars and sensors will put an uneven and sometimes even unpredictable load on a ship’s power system.

“We’re going to incorporate an Integrated Power System that has the ability to power up the weapons and sensors of the future,” Schlise said during the Surface Navy Association’s virtual annual symposium. “[That’s] the key to the realm here. It’s DDG-1000-like, in some respects in that it’ll have that integrated power system, but the most important thing is including the space, weight, power and cooling — reestablishing those margins to incorporate future systems that are not yet mature.

“There’s a lot of promise in some of those systems, but that integrated power system is the key to incorporating those feature systems that we’re looking at, that we think are going to be part of that class of ship.”

What is an integrated power system?

Mark Vandroff, a former senior director of the National Security Council and a retired Navy captain who was the program manager for the Navy’s new DDG Flight III program, said it’s a major break from the kind of system used on Arleigh Burke-class destroyers.

“A major advantage of a ship with an integrated power system is that the power generated by any of the ship’s engines can be used for either propulsion or electricity, rather than having engines solely dedicated to one or another.”

On today’s destroyer, and on the Ticonderoga-class cruisers, the ship has separate systems that power the twin propulsion shafts, which turn the ship’s propeller and generators that work exclusively to power the ship. An integrated power system, similar to what is on the Zumwalt-class destroyers, uses all the ship’s engines to make electricity that turns the propellers and powers the weapons and sensors.

The integrated power system on Zumwalt is a new layout that uses advanced induction motors to produce up to 78 megawatts of electrical power, far more than any previous destroyer or cruiser.

But the issue with the large surface combatant is a little more complicated than just producing a ton of power. What energy weapons or advanced electronics systems do is put a huge tax on the electrical system of a ship, often requiring more power than the ship is able to produce at one time.

So while the integrated power system isn’t new, the kinds of demands these new systems will place on the power grid meant to run everything is a new kind of challenge, said Matthew Collette, associate professor of naval architecture and marine engineering at the University of Michigan.

Therefore, the Navy must figure out how to best store energy so it can be available to meet unpredictable demands.

“The issue is, this is different than integrated electric propulsion, which we’ve had on cruise ships and offshore supply vessels for two decades at this point, and it works really well,” Collette said. “But on those ships, all the electrical loads are pretty well behaved: They rise and fall slowly, and there’s no issues with the stability of the electrical system.

“High-powered radars, high-powered electronic warfare, certainly rail guns, the lesser extent lasers — they all ask for power really quickly, faster than a mechanical generator can suddenly produce it. So now you have to think about whether [you] use batteries or flywheels or capacitors or other techniques to get the energy available on the timescale that the load needs.”

It’s not an insurmountable problem, and it is one the Navy has used elsewhere. The electromagnetic launch system on the Ford-class, which has had its share of technical problems, operates off a flywheel energy storage system. But the new power system already has Congress nervous, and lawmakers are pressuring the Navy to build a land-based engineering site to test out the power and propulsion system before getting too deep into the design work for the ship.

Collette said that’s a sensible approach, and that on the timeline the Navy is discussing, the technology should be sufficiently advanced to support the new class.

“There’s been a ton of work done on this, and I think it’s certainly something that in the timeframe of a large surface combatant, I would expect would work,” he said.