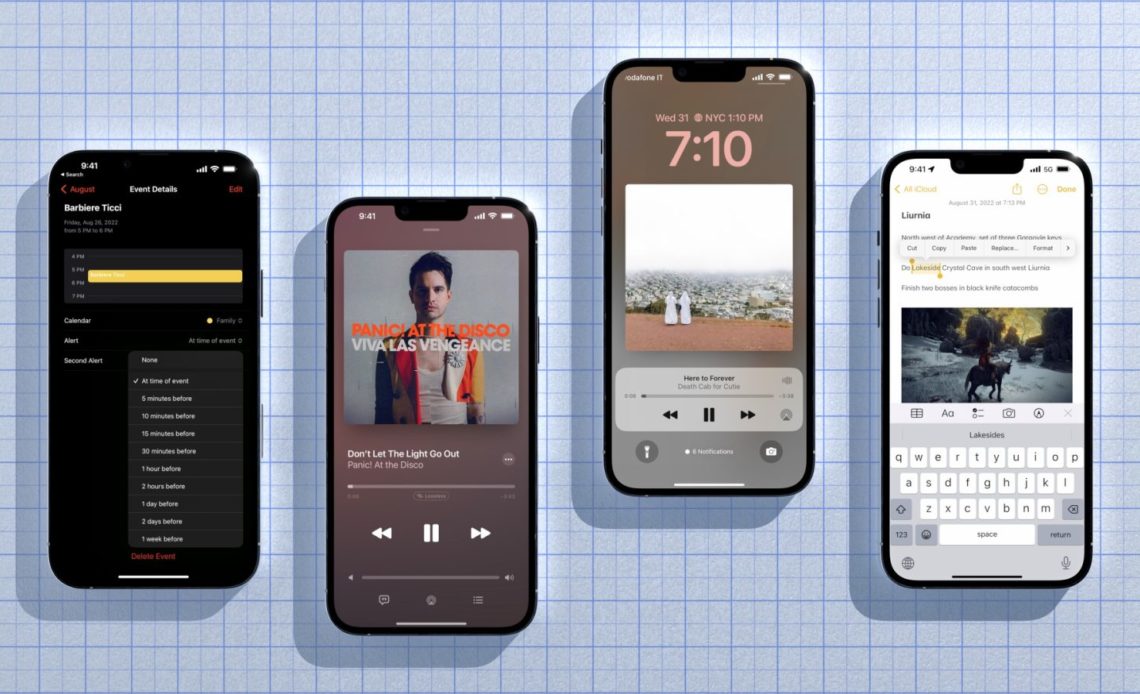 Our friend Federico Viticci at MacStories is back once again with his annual comprehensive review of Apple’s latest software release. This year, Viticci has an in-depth look at everything you need to know about iOS 16: “Customization is back, and Apple’s having fun again.”

iOS 16 was released to iPhone users everywhere today, after three months of beta testing. Viticci’s review serves as your detailed look at what’s new, how those new features impact your day-to-day life with your iPhone, and what’s still to come.

Viticci postulates that while iPhone hardware features are usually what “surprise” users, iOS 16 has features accomplish something similar. “Software-related surprises are more rarefied on iOS these days,” he says. As Viticci puts it, “iOS 16 marks Apple’s triumphant return to user personalization.”

Different from iOS 14 and Home Screen widgets in 2020, however, Vittici sees iOS 16 and Apple’s marketing as having a deliberate focus on making your iPhone “your own.”

Sure, there’s an argument to be made for Lock Screen widgets also being developed in service of new hardware, but I don’t think that takes away from the breadth of this feature and how Apple created a whole narrative around wallpapers, widgets, photos, and Focus modes this year. As you’ll see, the customizable Lock Screen will be the main character of this review: I’ve had a lot of fun exploring different permutations of my Lock Screen this summer, and I’ve been able to test dozens of widgets from third-party developers, which I’ll also showcase in this story.

I don’t want to give too much away, so I’ll send you over to MacStories to read Viticci’s full review of iOS 16. As always, the attention to detail is absolutely incredible and something only Viticci could pull off. I mean, why else would a MacStories competitor be linking to it? (Just kidding, it’s all love.) You can join the Club MacStories membership to unlock even more.

And of course, be sure to check out 9to5Mac’s full coverage of iOS 16 as well. We’ve got roundups of new features, how-tos, and much more.