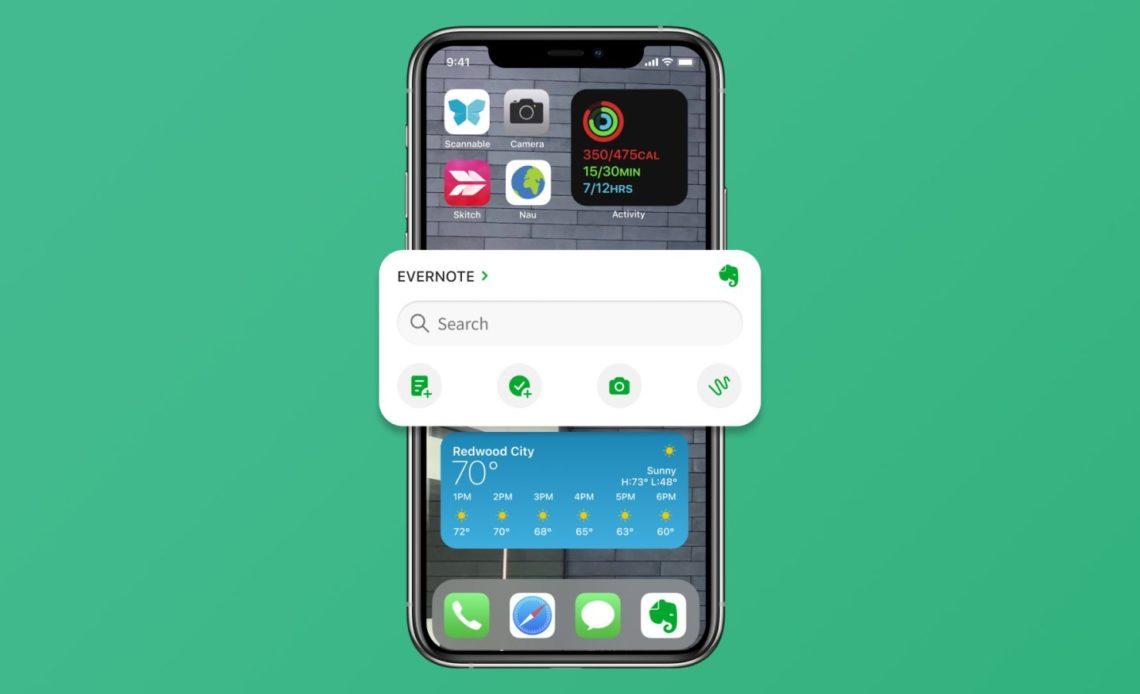 Evernote, the popular notes and task management platform, recently released an update to its iOS app that adds new home screen widgets for iPhone and iPad users. According to the company, this was the “third-highest feature request” from its users.

There are three different styles of widgets available in the Evernote app for iOS. With the Action Bar, Evernote users have quick access to search and shortcuts to create a new note, task, sketch, and capture a photo. Note List, as the name suggests, shows a list of your latest notes, while Task List does the same for the tasks you have added to the app.

By tapping any of these actions, users are redirected to their respective sections in the Evernote app. Although iOS widgets are not fully interactive, this should make it easier for Evernote users to access their favorite features without having to find and open the app first.

With Evernote’s new iOS widgets, iPhone and iPad users can now keep their most important information and glance at key notes all from their home screen. When clicking on the widget, users will launch the app to their desired action, allowing them to swiftly create and retrieve information.

In 2020, the Evernote app was completely rebuilt from the ground up so that the company can roll out new features across all platforms. Evernote received a new “Home” dashboard in 2021, as well as support for Tasks on iPhone and Mac.

Evernote is available for free on the App Store – although some features require a premium subscription.

You can check out a video showing the new Evernote widgets in action below: