EV reckoning comes to Ford as it cuts 8,000 ICE jobs to focus on electrification 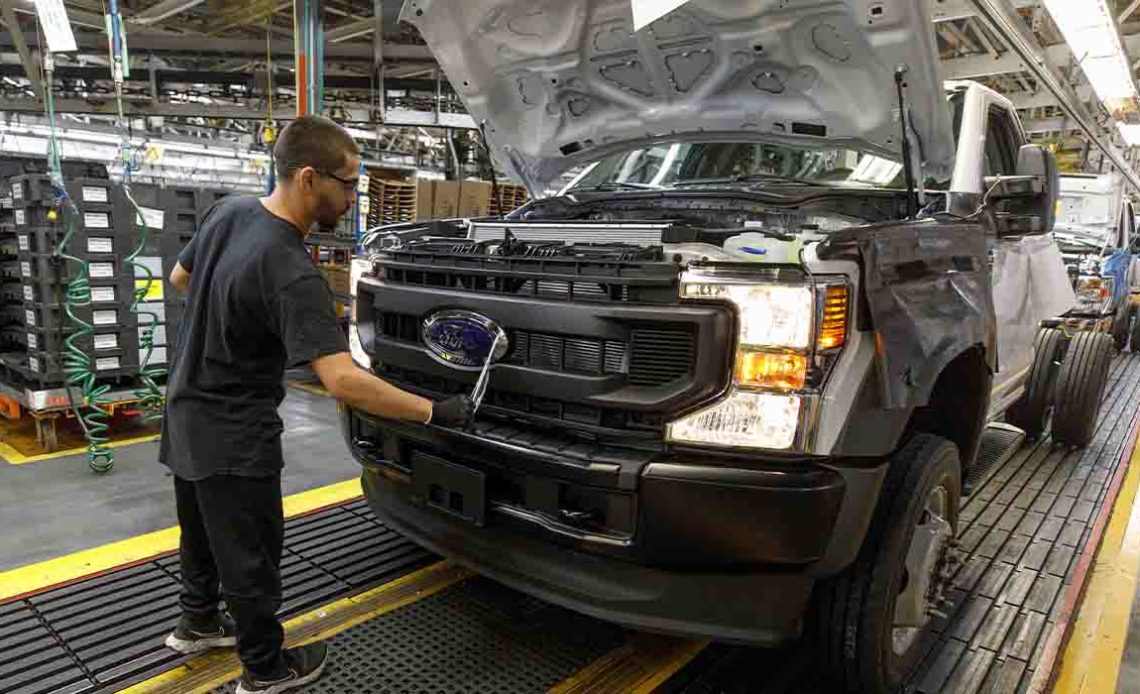 Innovation forward does not always come without sacrifice. According to a report earlier today, Ford Motor Company is planning to cut as many as 8,000 jobs, pertaining mostly to positions in the American automaker’s internal combustion division. The layoffs are said to help wean Ford off ICE production and use those funds to further invest in EV development.

Although Ford Motor Company was one of the legacy automakers a tad slow to fully embrace electrification, it has found quick success around the globe on the coat tails of its flagship Mustang Mach-E, which was followed by the uber popular F-150 Lightning.

With several additional EVs in the pipeline throughout its marques, Ford has also been working to bolster other elements associated with EV transportation. This includes large investments in battery technology like solid-state and lithium iron phosphate (LFP) cells, as well as Ford Intelligent Backup Power to help keep your home’s lights on.

If the pandemonium surrounding the F-150 Lightning is any tell to the appetite for EVs donning the blue oval, its no wonder the American automaker is doing everything it can to bolster EV production and sell as many electrified vehicles as possible as it works toward becoming an entirely electric brand someday.

This transition is not without its tough decisions, however. As the brand shifts to a new zero-emissions era, some of its production units, and the people who make them hum, will become obsolete. A bittersweet sign of the EV revolution has emerged from Ford today, as the company is reportedly gearing up for massive job cuts to lean even harder into electrified innovation.

The news emerged during a live broadcast on Bloomberg Television today. According to report, the cuts will take place in Ford’s newly formed Blue Division which focuses on internal combustion vehicles separate from its e Division focused entirely on EVs.

The video points out that Ford CEO Jim Farley has been saying for months that the automaker has too many employees. It also says the 8,000 job cuts will pertain to salaried Ford employees – 31,000 of which are currently employed by the automaker in the United States alone, where most, if not all of these layoffs are expected to take place.

Currently, both combustion and EV models for Ford are unprofitable due to supply chain issues, hence the need for a lean down to maximize profits going forward. The job cuts are expected by Ford in the coming weeks, although the automaker has not confirmed any of these details yet. Here’s the Bloomberg video:

While it’s encouraging to hear a major automaker like Ford move further away from dirty combustion vehicles and closer to full electrification, there is a bitter toll that cannot be ignored. The cost in this case is job security for up to 8,000 Ford employees, which is never welcome news no matter which company you’re talking about.

We hope Ford provides adequate severance for those unlucky employees working at Ford Blue, whose work is becoming less vital. This job reckoning also appears to be an aftershock of the ongoing supply chain delays throughout the world, including Ford, whose F-150 Lightning could easily end up being the best selling electric truck of all time.

It’s nowhere near that point of profitability yet, however. That EV alone may eventually need to help bail the automaker out as it struggles to turn a profit on its current EV margins. Next, we will wait to hear from Ford directly and see what the company has to say for itself going forward. Hopefully, it can hire some of those people back into the e Division in the future.