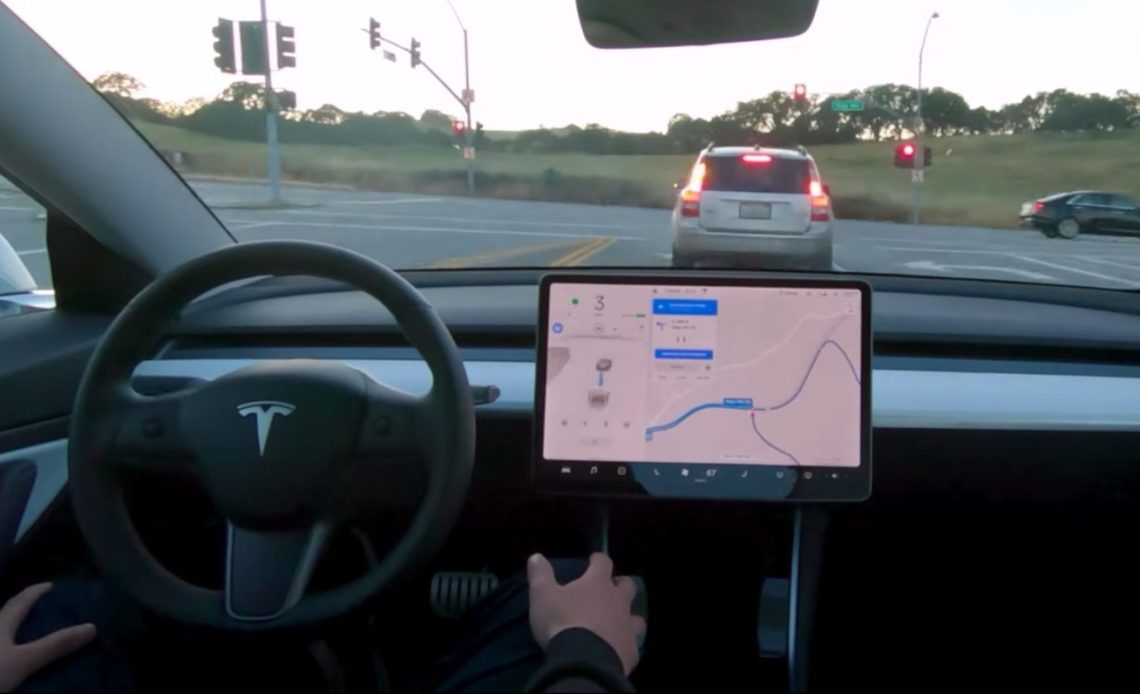 It should come on Saturday if it’s not again delayed.

Tesla is currently testing the “feature complete” version of its Full Self-Driving (FSD) package in beta with a few thousand customers and employees through its early access program.

It’s not considered autonomous driving yet because the driver is still responsible for the vehicle and needs to be ready to take control at all times, but Tesla’s system performs all other driving tasks autonomously, including driving through intersections and on city streets under its new “city driving” feature in beta under the “Full Self-Driving” package.

Tesla hopes that it can keep improving on the system with customer feedback until it can gather enough data to show that it’s safer than human driving.

Over the last few months, CEO Elon Musk has been talking about Tesla moving to a new generation (v9) of its FSD software that now relies entirely on Tesla’s own camera-based computer vision system instead of radar sensors.

Tesla already pushed its first version of the software without radar support, but the first big iteration has been dubbed FSD Beta v9 and Musk has been hyping it as “mind-blowing.”

The update has been pushed a few times, but in May, Musk said that it should be coming “no later than June.”

June came and went, but the CEO said that the update is just “two weeks” away.

Those two weeks passed too, but we noted that when Musk’s timelines get that short, even if they are still not accurate, it generally means that the update is around the corner.

Some Tesla owners started trolling him on Twitter over the many missed deadlines, and the CEO even acknowledged that the self-driving problem has been harder to solve than he originally thought.

Now Musk has put an actual date on Tesla releasing FSD Beta v9. He said on Twitter last night that it will happen on Saturday, July 10.

However, the wider FSD Beta release that has been linked to the v9 update could take another month.

Currently, Tesla reports about 2,000 people in the limited beta with most of them being Tesla employees.

Now Tesla FSD Beta v9 is not just about improvements to the system used in the early access program.

Musk also linked the update to making the beta available to more owners through a “download update” button being available to all US owners with a FSD computer and who purchased Tesla’s Full Self-Driving package.

It should also become available to people who didn’t purchase the now $10,000 package as Musk has been talking about Tesla launching a monthly subscription model with the v9 update.

Last year, we reported on indications that Tesla is working on a pay-as-you-go subscription for its Full Self-Driving (FSD) package.

Later, Musk confirmed that Tesla planned to release such an option “toward the end of 2020.” That never happened, and the release was later pushed by the CEO to “early 2021.”

In March, Musk said that it will “for sure” happen during the second quarter of 2021.

With the release now plan on Saturday, we should keep an eye on the FSD subscription coming up in Tesla’s available upgrades.

But as Musk confirmed, it could take a month before v9 is available to people outside of the early access program. The timing of the subscription model could be closer to the wider release of the FSD Beta than the early access launch on Saturday.

It looks like the wait and delays are over.

When Elon is talking about a specific day, we can start believing a lot more in the timeline.

Even if Tesla ends up missing it, it is generally by no more than a few days.

But now it will be interesting to see how Tesla handles the rollout of the new update between the early access program and the supposed “download button” that he has been talking about.

As a reminder, this rollout is critical toward Tesla’s goal of achieving full self-driving. Owners need to be careful how they use this new capacity inside their vehicles.

The update doesn’t change the fact that Autopilot and City Driving are still only level 2 driver-assist features and the driver is always responsible for the vehicle – meaning that you need to be paying attention to the road and be ready to take control at all times.