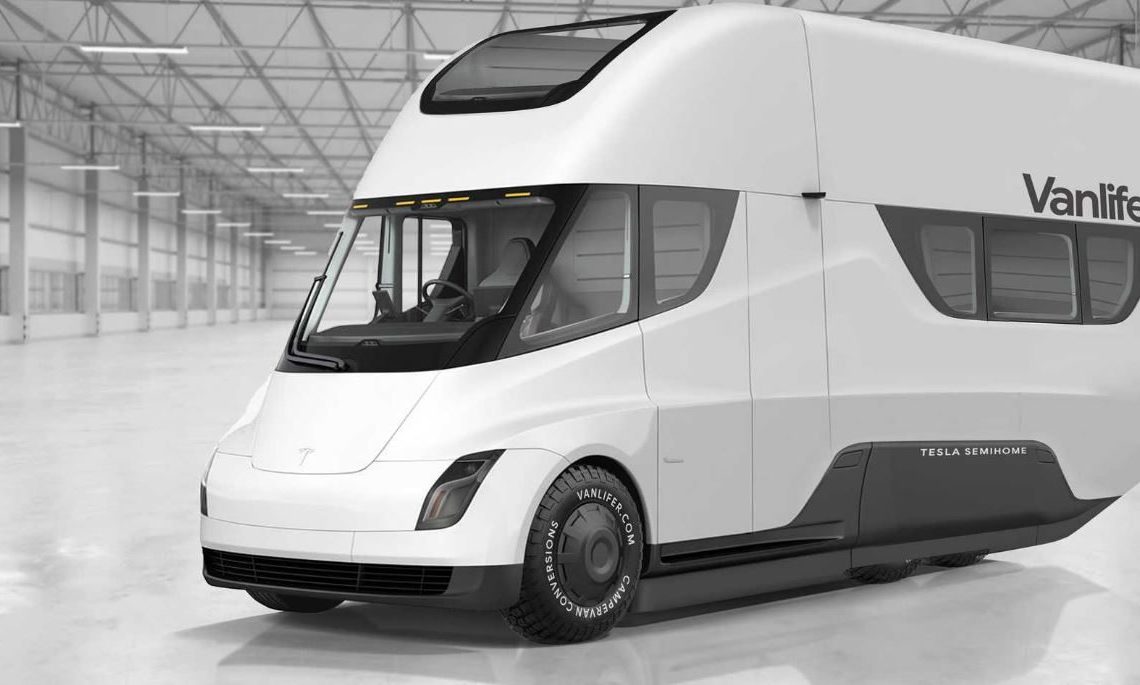 Elon Musk made new comments about the possibility of a Tesla making an electric van with a solar-powered deployable roof.

The prospect of Tesla potentially making an electric van has been discussed for years, but CEO Elon Musk finally recently confirmed that Tesla will make an electric van as soon as battery cell supply allows for it.

During a new interview with Joe Rogan, Musk was again asked about Tesla making an electric van in the context of adding solar power to electric vehicles.

“A van, because you have a big flat area, that’s actually where solar starts making a little more sense.”

We’ve discussed solar roofs on electric vehicles before, most recently with the one on the latest Prius Prime, but the recurring problem is that they rarely generate enough power to be worth it.

For example, we estimated that the solar cells on the Prius Prime’s roof could generate enough power to add about 2 miles of range during the day. And of course, that’s highly dependent on where you are in the world and where you park your car.

However, solar power technology has been improving greatly, and it is increasingly starting to make more sense.

Musk was previously not onboard with the idea of integrating solar power on vehicles, but with the recent improvements, he started changing his tune and said that it would be an option for the Tesla Cybertruck’s bed cover.

“You can also have a roof with solar and then when it is stationary and it goes out from the sides to provide shade. now with triple the area and a big flat surface, you can start having enough solar to get something like 30 miles of range per day.”

Musk reiterated that the best way to drive on solar would still be to have rooftop solar on your house and charge your electric vehicle at home, but he liked the idea of deployable solar for an electric van.

“I think that would be great. Like a van that even if the apocalypse happens, you can still drive it around.”

He is talking about the fact that the van would technically not rely on the gasoline supply chain nor even the electric grid.