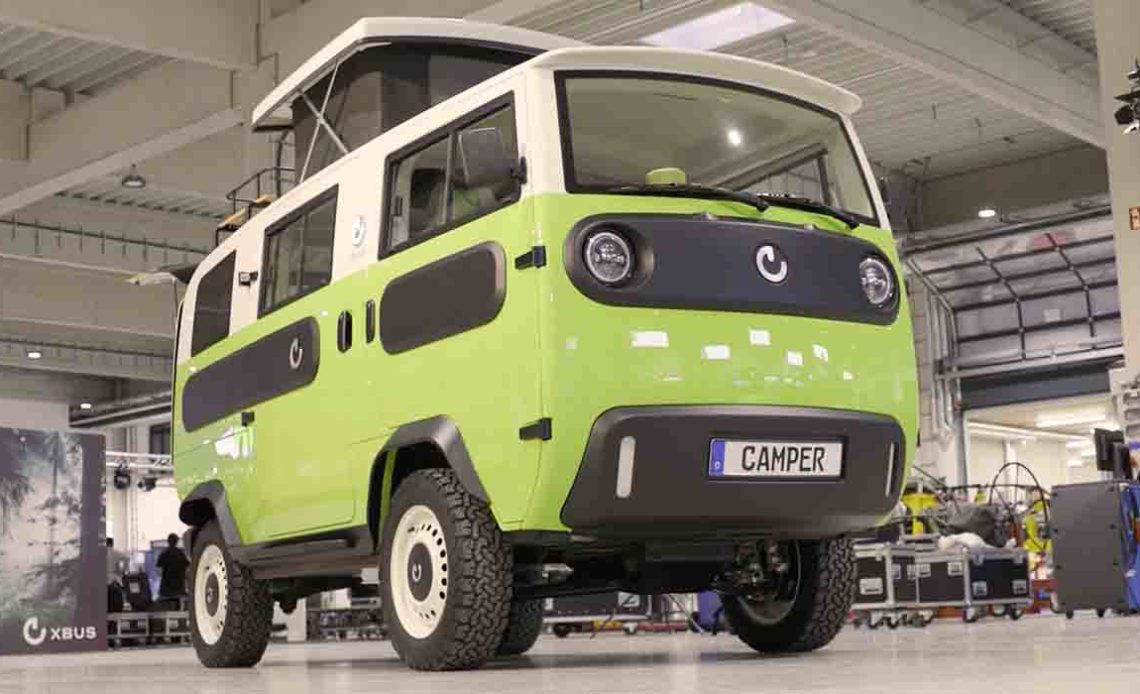 Relatively new EV automaker ElectricBrands has unveiled a Camper version of its XBUS electric van, which originally debuted last year. While many of the pertinent details of this XBUS Camper variant remain a mystery, ElectricBrands has shared several images and claimed the EV is “at the top of customers’ reservation lists.” Check out the gallery below.

ElectricBrands is a German EV startup that began in late 2018 with the initial design drafts of its XBUS concept. By 2020, the company had conducted feasibility studies, engineered prototypes, and set up the supply chains for industrial production.

A year ago to the day, ElectricBrands delivered the world premiere of it XBUS Fullrunner, opening up its design configurator online as it kicked off a crowdfunding campaign that would garner over one million euros.

In November of 2021, ElectricBrands announced the XBUS 2, built with an off-road chassis. Special features on the XBUS are recyclability, efficient drive systems, rooftop solar cells, and modular assemblies, which each customer can change independently.

As the startup looks to deliver initial orders of its XBUS next year, it has introduced a new Camper variant that could prove even more successful than the original van, should it reach production.

XBUS Camper has potential, but remains a concept for now

As previously mentioned, ElectricBrandshas has begun teasing this Camper variant of the XBUS, but has yet to share production plans just yet. Here’s what we can gather from the images alone.

The modular design features a pop-up roof, offering more head room when parked. Similarly, the rear hatch opens and extends outward, providing more leg room for those laying horizontally in the rear. A large door on either side of the camper van swings open outward rather than sliding across the body.

Like the original XBUS, the Camper rooftop is equipped with solar panels in three modules. However, where these cells are from, how much energy they can garner, and where that energy is used within the EV remains unclear. The camper provides sleeping for two, a space-saving kitchen with a sink, fridge, and hotplate, plus a TV and fresh water tank.

Although the Camper version of the XBUS does not appear to be on sale yet, ElectricBrands has provided some additional specs on its website, including initial pricing:

What do you think? Would you buy it? Can a young crowdfunded company like ElectricBrands deliver?Time will tell. In the meantime, here’s a walkthrough of the XBUS Camper van in all its glory: