EGEB: Vertical turbines could be the future of wind energy 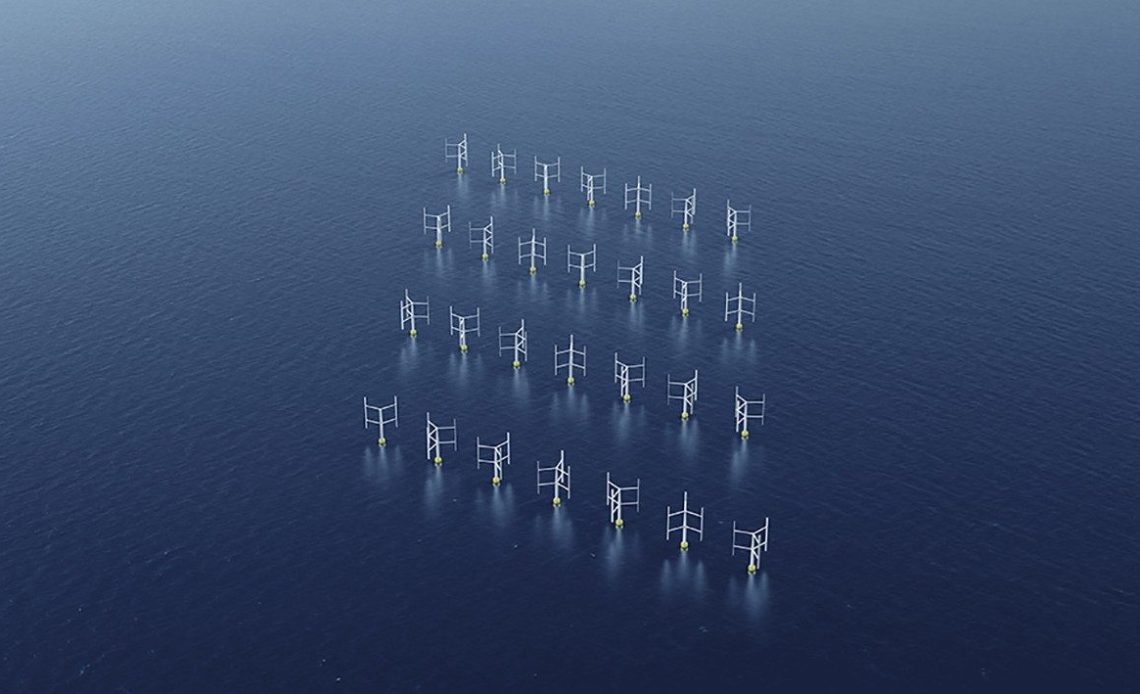 Researchers at the UK’s Oxford Brookes University think wind turbines would be more efficient if they were designed differently. A team from the School of Engineering, Computing and Mathematics has come up with a new design they call “vertical turbines.”

According to the Oxford Brookes website, they conducted an in-depth study using more than 11,500 hours of computer simulation to show that wind farms can perform more efficiently by opting for compact Vertical Axis Wind Turbines (VAWTs), pictured above in a computer rendering, instead of propeller-type Horizontal Axis Wind Turbines (HAWTs).

VAWTs spin around an axis vertical to the ground, and the team asserts that if they’re set in pairs, they’d be 15% more efficient because the wind turbines would increase each other’s performance. Further, they also argue that arranging the VAWTs in a grid would further increase their efficiency.

Dr. Mahak Mahak, coauthor of the study, which is published in the International Journal of Renewable Energy, said:

The importance of using computational methods in understanding flow physics can’t be underestimated. These types of design and enhancement studies are a fraction of the cost compared to the huge experimental test facilities. This is particularly important at the initial design phase and is extremely useful for the industries trying to achieve maximum design efficiency and power output.

Do you think this new design would be more efficient? Let us know in the comments below.

The Interior Department yesterday announced that the Bureau of Land Management (BLM) has given final approval to a new solar farm on public lands in California.

Sonoran West will construct the $550 million, 350 megawatt Crimson Solar Project, which will also feature a 350 megawatt battery storage system. It will generate and deliver power through the Southern California Edison Colorado River Substation. It will provide power for around 87,500 homes.

The Crimson Solar Project will occupy up to around 2,000 acres of BLM-administered lands approximately 13 miles west of Blythe, in Riverside County, California. The project will provide an estimated 650 temporary construction jobs, 10 permanent jobs, and 40 temporary jobs in operations and maintenance over the 30-year life of the project.

Projects like this can help to make America a global leader in the clean energy economy through the acceleration of responsible renewable energy development on public lands.