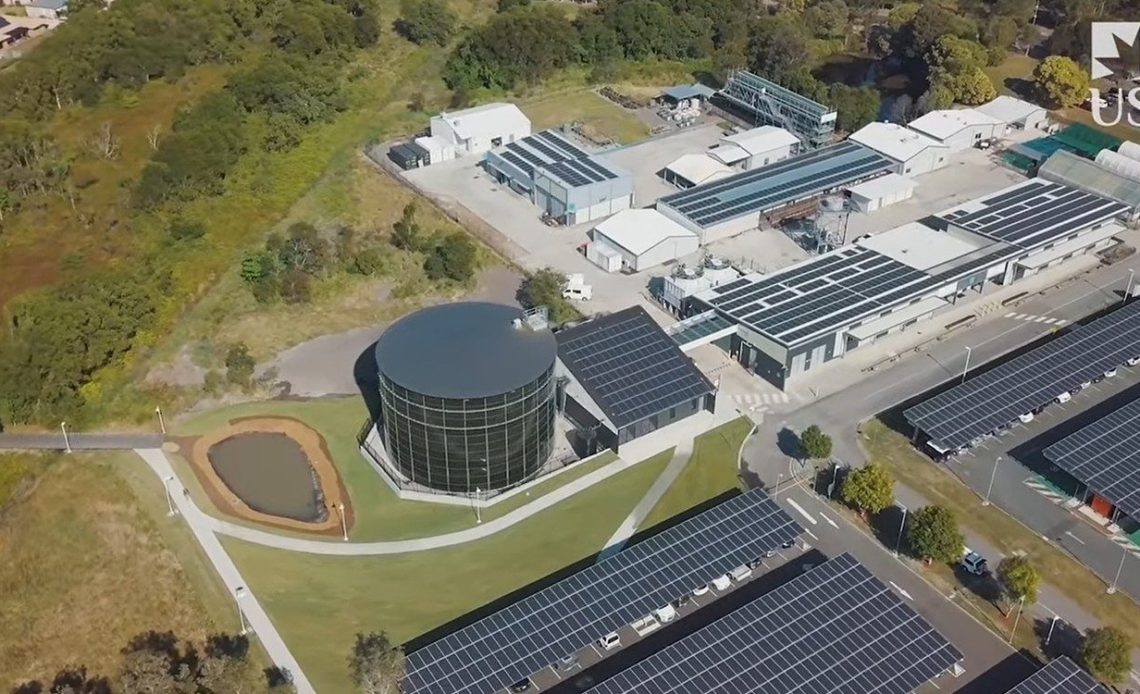 A new innovation outlook report about thermal energy storage from the International Renewable Energy Agency (IRENA) defines it as the “temporary storage of energy by heating or cooling a storage medium so that the stored energy can be used at a later time for power generation. Thermal energy storage is tested and deployed in a variety of applications, such as utility-scale power generation, industry, district heating and cooling, buildings and cold chain logistics.”

The University of the Sunshine Coast (USC) in Queensland, Australia, has already proven that thermal energy storage is effective. The system (pictured above) was switched on in August 2019, and it’s the first of its kind among Australian universities. It has a three-story thermal energy storage tank built by environmental solutions company Veolia that functions as a “battery,” and around 6,500 solar panels across campus rooftops and parking garages.

The 2.1 MW solar PV system produces enough energy to cool 4.5 megaliters of water. The cooled water is stored and used for air conditioning, which consumes around 60% of the university campus’ electricity.

The project, which is expected to have a 25-year life, will save USC AU$100 million in electricity costs. USC’s goal is to become carbon neutral by 2025.

Here’s a video that explains more about USC’s system:

Mason County, Illinois, just north of Springfield, is going to get a 185 MW wind farm called Glacier Sands. Cordelio Power awarded the project to White Construction, a subsidiary of Infrastructure and Energy Alternatives Inc. (IEA), an infrastructure construction company. The 43-turbine wind farm is expected to be completed in October 2021.

IEA has constructed more than 20 GW of renewable energy projects across North America to date.

Illinois ranks sixth in the nation for installed wind capacity according to the American Wind Energy Association (AWEA), with over 5,800 MW of wind online. Wind accounts for 7.6% of all energy produced in the state. Illinois also ranks third in the nation in wind industry employment, with over 8,000 wind jobs in 2019.