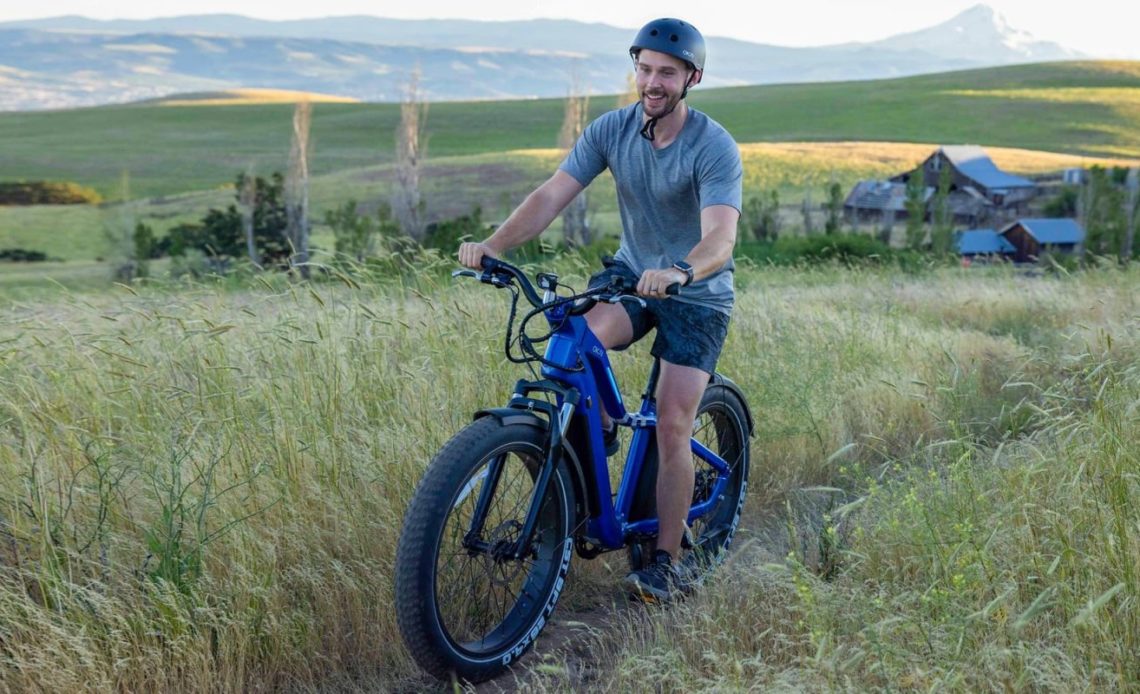 As if we needed any more evidence proving how tech-integrated the latest generation of e-bikes are, look no further than the OKAI EB50. The company has just released an over-the-air (OTA) update that lets users significantly increase the top speed limit of the bike.

That kept the bike legally designated as a Class 2 e-bike in the US, meaning it had a throttle-operated top speed of no more than 20 mph, and could masquerade its 1,000W motor as a 750W continuous-rated motor to comply with the Class 2 e-bike limits.

But a recently released update to the OKAI smartphone app that pairs with the bike has given owners more than just a fancy new skin or rounder icons. This time the update came with serious performance increases.

The app provides the option to unlock the top speed to a higher 28 mph (45 km/h).

Interestingly though, OKAI itself has confirmed that users are actually seeing speeds as high as 31 mph (50 km/h) with a fully charged battery. Unlike many larger electric vehicles that regulate their voltage for smoother performance, most e-bikes power their motor controllers and thus motors directly from their pack voltage. That means higher motor RPMs are available at higher states of charge, with an e-bike’s top speed then slowly tapering down as the battery discharges.

This could have regulatory implications that see the $1,999 OKAI EB50 e-bike falling outside of the three designated e-bike classes that are adopted in much of the US. In practice, most police departments don’t yet understand the nuance of e-bike classes and thus aren’t out there patrolling for e-bikes that look like they’re going slightly over 20 mph without pedaling.

Even so, slipping outside of designated e-bike regulations is a dangerous game to play, as it could subject such e-bikes to motor vehicles laws that the three class e-bike system is designed to exempt them from.

The OKAI EB50 electric bike’s extensive app — complete with OTA updates to adjust the bike’s performance — isn’t the only tech-centric feature on the bike. The EB50 also comes with an NFC-enabled key card to give riders a secure way to lock and unlock the e-bike, though the app can also be used to unlock the e-bike over Bluetooth to avoid carrying a key card.

Many e-bike companies are doubling down on feature-rich apps and other tech-focused features as a way to differentiate their products from competitors. This is especially true of companies that rely largely on OEM components that are found on dozens of other e-bike models. Hardware innovations are often much more expensive and labor intensive to innovate, but software innovations may only require a few computer science interns and bargain basement wages.

Could OKAI’s move be a sign of what’s to come in the industry? Will there be more common performance unlocks available as simple and easy downloads? Or will e-bike companies go the way of Zero Motorcycles and offer upgrades as downloadable content to be purchased in the future? Let’s hear your thoughts in the comments section below.