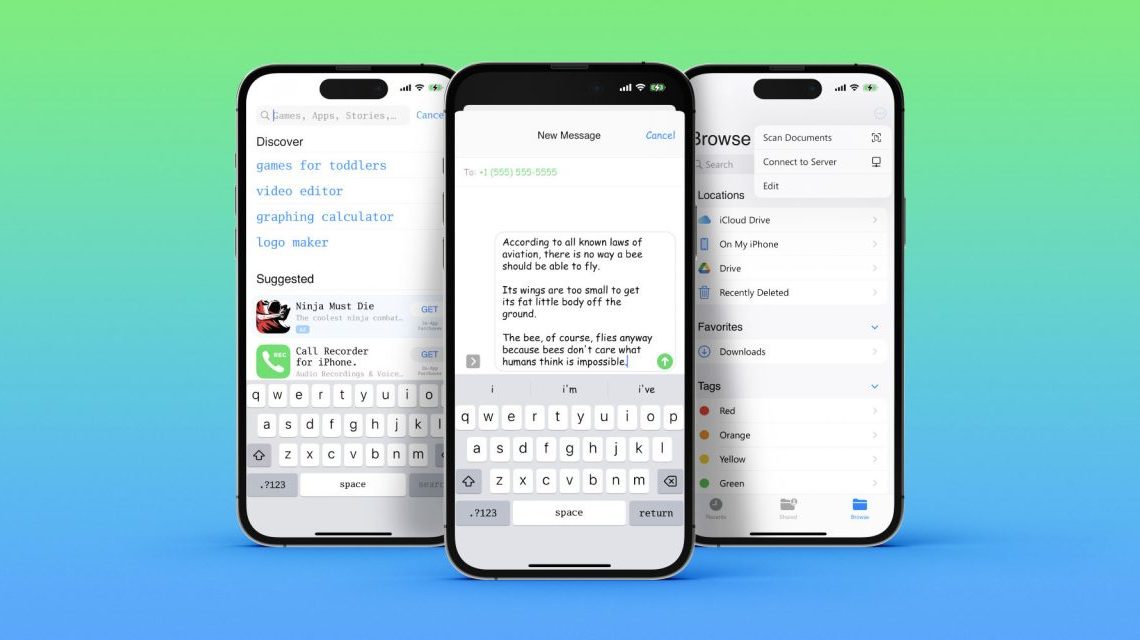 We recently wrote about the first jailbreak tool available for iOS 16, which lets users read and modify internal system files, opening up a whole new world of possibilities when it comes to customizations. However, a developer managed to use an exploit found in iOS 16 to change the default font of the system without jailbreak.

Changing the iOS font without jailbreak

Zhuowei Zhang shared his project on Twitter, which he calls a “proof-of-concept app.” According to Zhang, the app he developed uses the CVE-2022-46689 exploit to overwrite the default iOS font, so that users can customize the system’s appearance with a different font other than the default (which is San Francisco).

The CVE-2022-46689 exploit affects devices running iOS 16.1.2 or earlier versions of the operating system, and it basically lets apps execute arbitrary code with kernel privileges. The exploit was fixed with iOS 16.2, which also fixed a bunch of other security breaches found in the previous version of iOS.

Since iOS has its own font format, the developer performed the experiment using only a few fonts, including DejaVu Sans Condensed, Serif, Mono, and Choco Cooky. And in case you’re wondering, Choco Cooky is the weird font that used to come pre-installed by default on Samsung smartphones. Now you can finally have it on your iPhone.

Zhang explains that the process should be safe for everyone, since all changes are reversed after rebooting the device. Still, the developer recommends users trying out the app to back up their devices before replacing the default system font. He also details that the change only affects some of the text on iOS, as other parts of the system use different fonts.

How to install the app and change the default iOS font

Although the app created by Zhang doesn’t require jailbreak, it might not be so easy to install it on an iPhone or iPad. This is because you need to either compile the Xcode project yourself or manually sign the IPA file with a developer certificate to install it on your device.

Even so, it’s interesting to see what the developer has achieved without having to jailbreak the device. More details about the project, including its source code, are available on GitHub.

Would you like to have an option to change the default iOS font? Let us know in the comments section below.