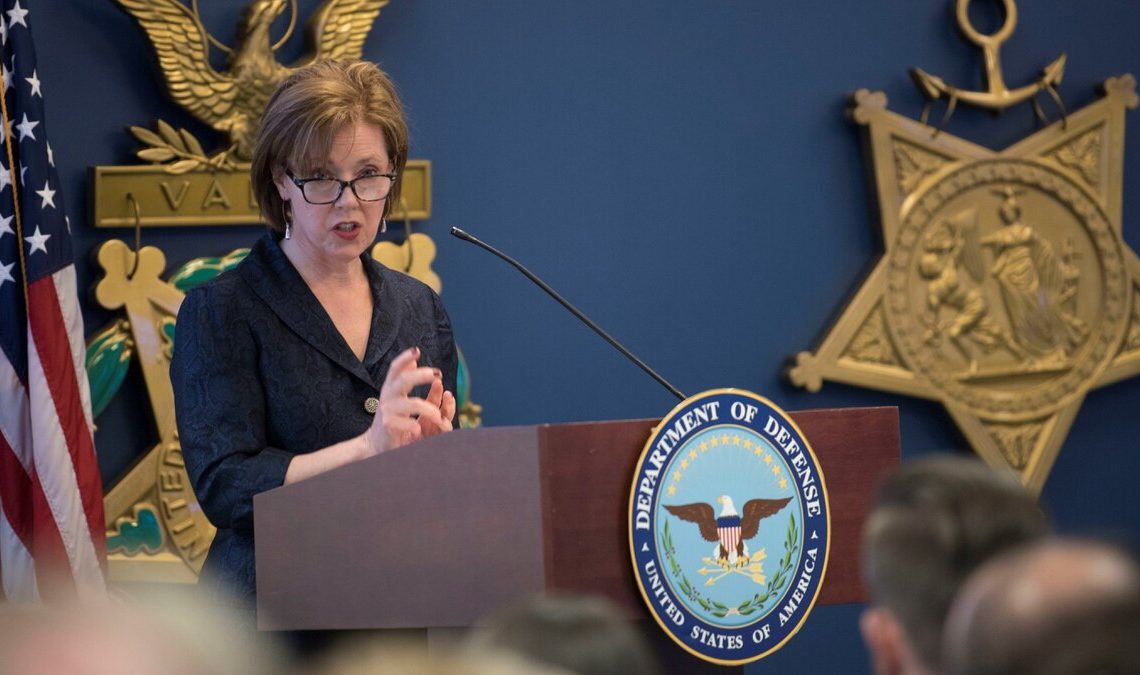 While the NDAA language calls for the roles and responsibilities of the office to be divested to other parts of the defense department over the next year, the CMO role itself was eliminated immediately when the NDAA became law over the weekend, confirmed Lisa Hershman, the CMO, to Defense News.

Hershman, an industry executive who entered the Pentagon early in the Trump administration, will be staying on as a senior advisor to acting secretary of defense Chris Miller.

The decision to eliminate the CMO’s office came roughly four years after lawmakers created the role and made it third-in-line at the department, with the goal of having a single point person for reform efforts inside the world’s largest bureaucracy.

Members of Congress had questioned whether the office was successful during its run, with a Defense Business Board report from May recommending the office be shut down and reform efforts spread throughout the department’s offices; ultimately, that suggestion was taken up by congress during the NDAA negotiations.

In a December interview with Defense News, Hershman slammed the decision to shut down her office as a mistake, adding that “Congress has given no justification for eliminating the CMO… I’ve never been asked by either the House or the Senate, any subcommittee to make any kind of testimony on the facts. They need to answer to this.”

In defending her office, Hershman has cited reform savings of $7.7 billion in FY20 and $12.1 billion in FY21, as well as a $37 billion defense-wide reform figure since the start of FY17, which has been certified by the GAO.

Arnold Punaro, a retired Marine general officer and former Senate Armed Services Committee staff director, noted that the decision by Congress to move quickly on the CMO’s future gives the incoming administration a clean slate to work with.

“By immediately disestablishing the Chief Management Officer, it gives incoming deputy secretary of defense Kathleen Hicks the authority to significantly improve the transformation of DoD’s business operations and processes over the status-quo that never fulfilled the statutory requirements of the position,” said he said.

Punaro was one of the co-chairs of the DBB report that called for the CMO’s office to be broken apart, but he stressed that reform efforts have to continue going forward for the department to find success against Russia and China.

“As someone who championed the creation of the deputy CMO in 2008 and its elevation to the CMO in 2018, I recognized that repeated attempts to fix it failed and in 2020 recommended its disestablishment,” he said. “As we enter a flat budget environment to deal with an aggressive China, DoD needs to get substantially more bang for every buck and ensure we are better, faster and cheaper than China across the board.

“This can now happen as the DepSecDef regains full advantage of the restored authorities as the Chief Operating Officer of the Pentagon, now that the CMO organization is no longer a hindrance as the DBB concluded,” he concluded.