DAO Maker, UniX, and SL2 Teams up for Its One of a Kind ‘FINAL ROUND’ Launchpad 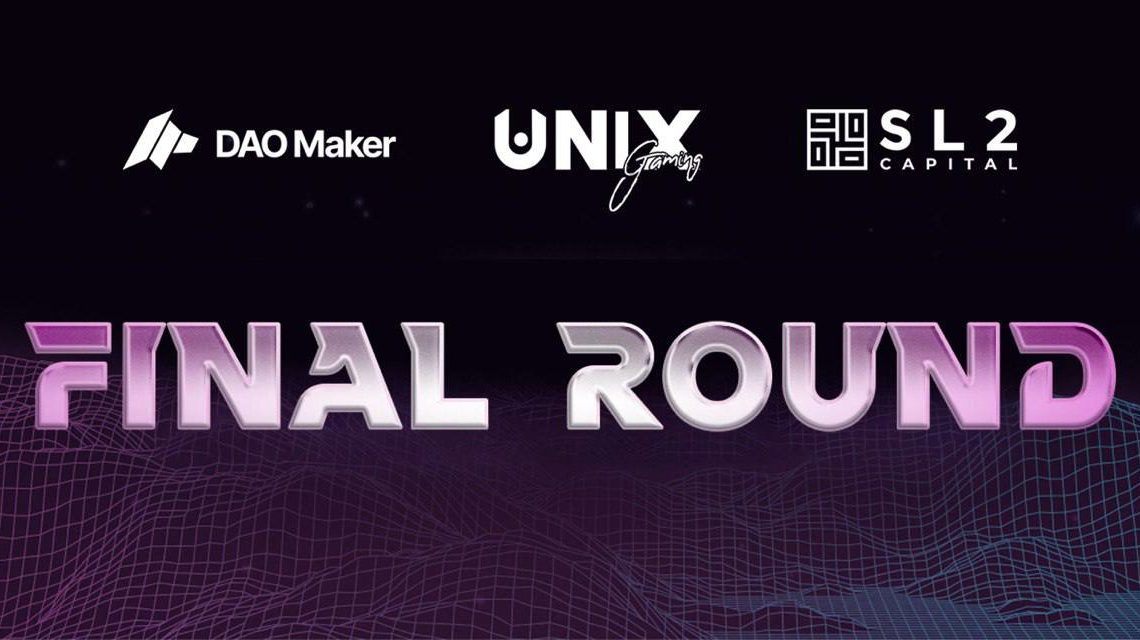 PRESS RELEASE. – UniX Gaming, a leading crypto gaming guild, has partnered with industry giants DAO Maker and SL2 Capital to launch its own launchpad, ‘UniX also announced that Delysium would be one of the first games to debut on ‘. Invested in by the likes of Y Combinator, Delysium is the world’s first AAA blockchain MMO game, which in itself demonstrates UniX Gaming’s determination to see succeed.

The idea behind the launchpad for UniX is not just to give investors early access to the latest games but its community as well. The launch of also puts UniX in a unique position as the only all-in-one guild, launchpad, and DAO. The addition of a launchpad to the UniXverse not only enables it to contribute positively to the Play-to-Earn space but adds more utility and value to its UniX token.

UniX is proud to be working alongside DAO Maker and SL2 Capital as both parties are incredibly experienced in launching successful Web 3.0 projects. DAO Maker is still considered by many to be the leading launchpad in the industry, its network of over 190,000 KYC-verified users notwithstanding. They have worked with projects such as My Neighbor Alice, Orion Protocol, XCAD Network, and Victoria VR and have proved immensely popular in the past. It’s this experience that UniX Gaming is relying on to build the best possible launchpad.

Founded by a highly experienced team, including Holochain co-founder David Atkinson, SL2 Capital has built a reputation for its technical expertise, project management, and business development. It’s that technical expertise that’s responsible for much of the technology stack powering This partnership will ensure rugged security and open the doors for future integrations, adding more chains, new partners, smarter APIs, and much more.

One of the defining features of ’ is its tier system, which helps UniX reward its community members based on the number of UniX tokens staked. Legendary members, the highest tier, will gain access to the NFT treasury and a private chat with the founding team, amongst many other benefits. But all tiers gain access to token multipliers during the IGO, early access to games, merch, NFTs, and more.

The tier system is designed to reward members based on their commitment to the UniX ecosystem. In recognition of the importance of its community to its growth, UniX is also developing an NFT collection that provides access to the various tiers without needing to hold UniX tokens. In fact, everything UniX is building is about giving back to its community and token holders. It’s all about helping more people learn, have fun and earn rewards; the Web 3.0 way.

UniX Gaming debuted in June 2021 as one of the early adopters in the P2E space. They’re an ecosystem and a platform to onboard new GameFi projects into their own Metaverse. They are also a DAO that empowers gamers to have a voice on how they want the landscape of Play-And-Earn to be. Focused on growing the Play-And-Earn space, they have multiple projects in the ecosystem that are designed to bring as much value to all of their gaming partners and passionate community. Since June 2021, UniX’s scholarships have developed the world’s largest gaming community, or guild, with over 200,000 members.

DAO Maker was founded in 2018. It is the first incubator to explore possibilities in the initial decentralized exchange offering and initial game offering. The platform is a funding source for startups and mitigates risk for investors. To learn more about DAO Maker and the “Maradona D10s” collection, visit these social media pages.

SL2 Capital is an investment firm that invests and advises across all stages and sectors, with a focus on emerging technology like Web 3.0 and distributed ledger technology. SL2 Capital has been a driving force behind the successful launch and continued growth of a series of blockchain and DeFi projects. The team has worked at some of the largest companies in the world such as Microsoft, Google, Facebook and Sony bringing a wealth of experience to the table.