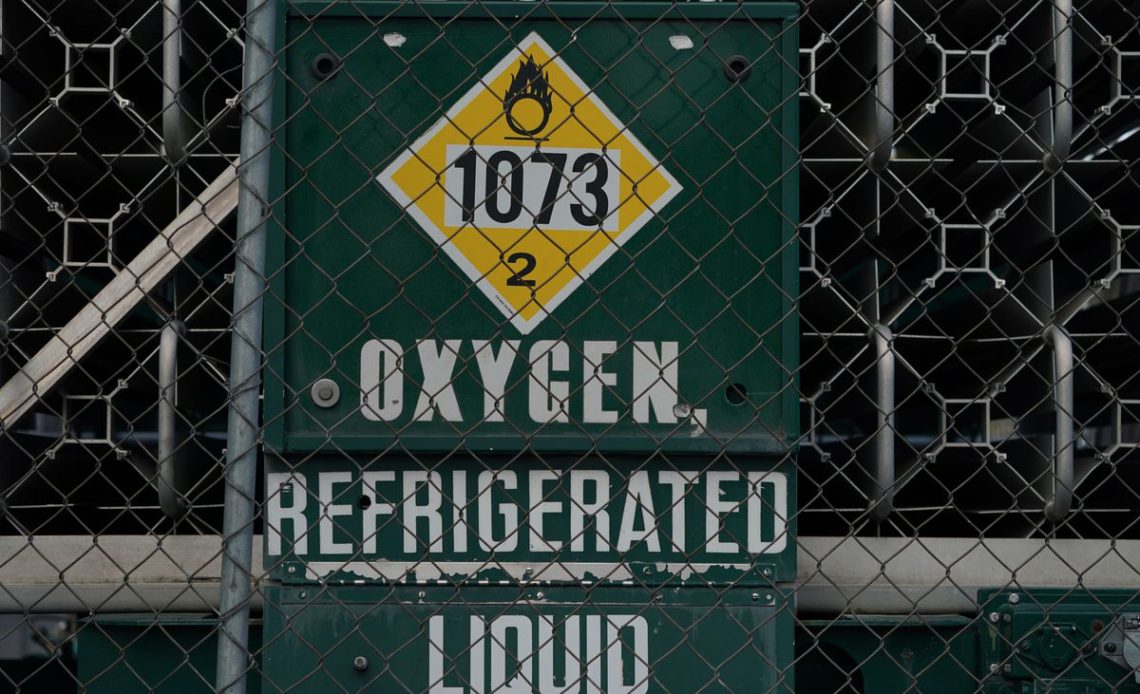 Demand for oxygen to treat COVID-19 patients is spiking during the latest pandemic surge, leaving liquid oxygen in short supply for other uses, including water purification and rocket launches. As supplies get redirected to hospitals, other industries are scrambling to figure out alternatives.

“We’re actually going to be impacted this year with the lack of liquid oxygen for launch,” Gwynne Shotwell, president of SpaceX, said earlier this week. “We certainly are going to make sure the hospitals are going to have the oxygen that they need, but for anybody who has liquid oxygen to spare, send me an email.”

“anybody who has liquid oxygen to spare, send me an email”

While oxygen is extremely common in the atmosphere, hospitals need high concentrations of it to treat patients with damaged respiratory systems, like people with severe cases of COVID. Here in the US, getting highly concentrated oxygen from place to place is usually achieved by chilling the gas into a liquid, which is less bulky but can cause its own problems. Earlier this year, there were shortages in Los Angeles hospitals when equipment used to turn the liquid back into a gas kept freezing over.

Now, hospitals are so flooded with COVID-19 patients that the increasing demand is causing problems outside the medical industry.

Rocket companies like SpaceX often use liquid oxygen as a propellant. During a launch, it reacts with fuel (think: rocket-grade kerosene), sending a spacecraft soaring. If the shortage continues, it could possibly delay launches — but that hasn’t happened yet. “This is a risk, but not yet a limiting factor,” SpaceX founder Elon Musk said on Twitter.

The shortage is also putting indirect pressure on other parts of the space industry. A gas supplier for the United Launch Alliance is now focused on addressing the dire oxygen situation in Florida, a move that could change plans for a satellite launch next month, SpaceNews reported.

Meanwhile, in Florida, some residents have been seeing — and in some cases, smelling — evidence of the liquid oxygen shortfall in their water supplies. Water utilities use liquid oxygen to create ozone. When ozone is used to treat water, it can destroy harmful bacteria and viruses, and break down compounds that can make water taste or smell funky. Chlorine and other chemicals can serve the same function, but oxygen has fewer byproducts.

Over in Tampa Bay, the water utility started using bleach instead of oxygen to treat its water. The utility usually uses oxygen to remove hydrogen sulfide, a gas that smells like rotten eggs, from its water. In switching to bleach, the utility warned that “consumers who are sensitive to taste and odor changes in drinking water might notice a slight change during this period” even though the quality and safety will remain unchanged.

Florida has the highest COVID-19 hospitalization rate in the country, according to CNN. In Tampa in particular, an emergency room was so crowded with COVID patients that there was a 12-hour wait.