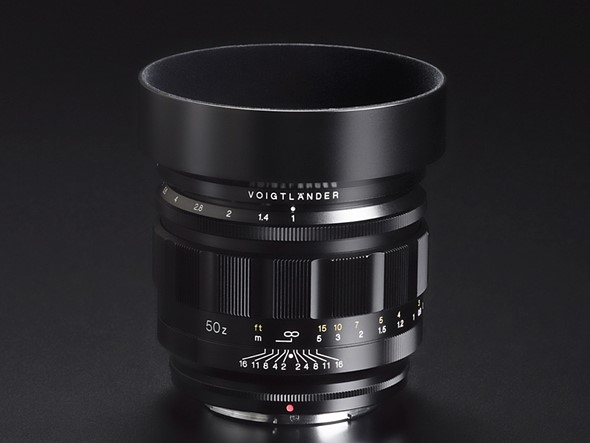 Cosina has announced it will soon offer its Voigtländer Nokton 50mm F1 Aspherical with a native Z-mount for full-frame and APS-C Nikon mirrorless camera systems. The lens appears to be a re-mounted versions of the existing 50mm F1 for Leica M-mount cameras, with essentially identical specifications.

The Nokton 50mm F1 Aspherical lens is an ultrafast manual prime lens with electrical contacts for transmitting metadata between the lens and the camera it’s attached to. It’s constructed of nine elements in seven groups, including one Grounded Aspherical (GA) element and one Aspherical element.

It has a minimum focusing distance of 0.45m (17.7”), uses a 12-blade aperture diaphragm, uses a 62mm front filter thread and has an aperture range of F1 through F16. Its manual focus mechanism uses a metal helicoid unit and it features a knurled scalloped focus ring with distance markings.

Cosina says the lens was ‘developed and manufactured under a license agreement with Nikon Co., Ltd.’ and has been confirmed to support communications on the following camera systems as of December 2022:

No pricing information is available, but the Leica M-mount version of this lens retails for $1799. Cosina says the lens will be available in February 2023.