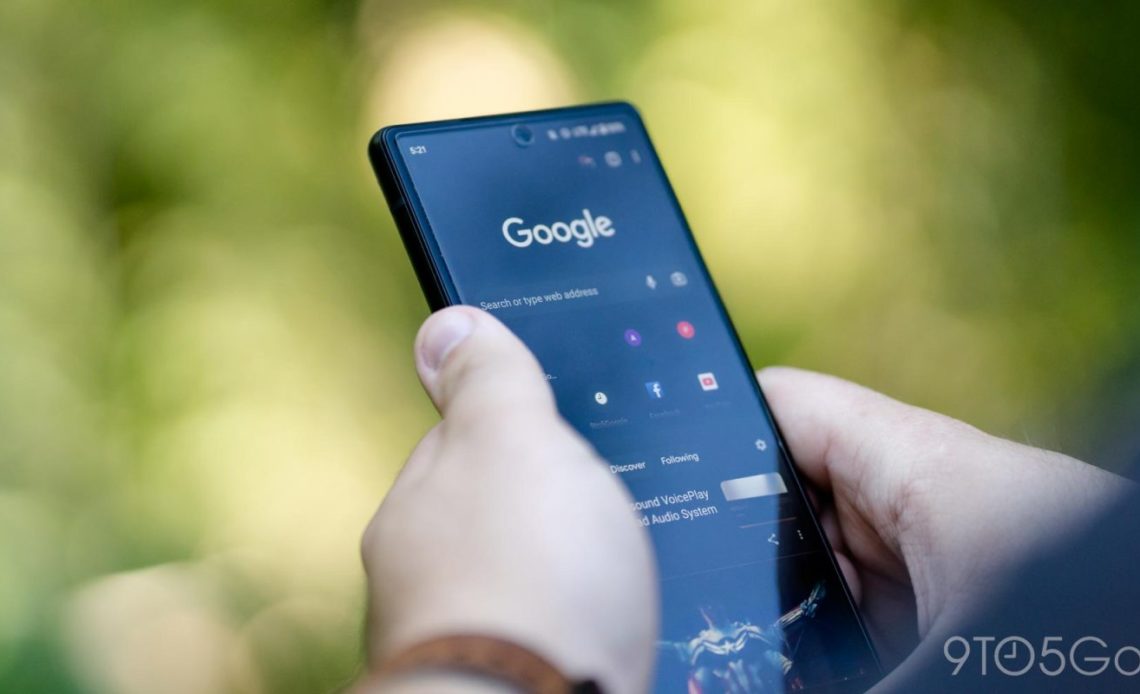 In an ideal world, all Android apps would use Custom Tabs over in-app browsers (WebViews). Google is now making it more apparent when you’re “running” a Chrome Custom Tab (CCT).

With Chrome 104 or earlier, you’d see “Powered by Chrome” at the bottom of the three-dot overflow menu. Version 105 of the Google browser is rolling out new “Running in Chrome” text for Custom Tabs that’s accompanied by a logo. (The latter element is the full color icon and a monochrome version would help make it less distracting.)

It appears in all apps that use Chrome Custom Tabs, and is somewhat more user-friendly and obvious than the previous description.

Google recommends developers use Custom Tabs if their “app directs people to URLs outside [their] domain.” Applications can customize the toolbar with their own button and menu items, while it provides “support for the same web platform features and capabilities as the browsers.” One of the biggest advantages is how users remain logged in to the same sites so they don’t have to do that again.

Major third-party apps from Twitter to Slack use Custom Tabs on Android, while Instagram is a particularly egregious holdout. For a time, the Google app for Search results and the Discover feed was experimenting with its own built-in browser, but that looks to have been abandoned. It will hopefully not return.

Chrome 105 is not yet widely rolled out at the start of this week.