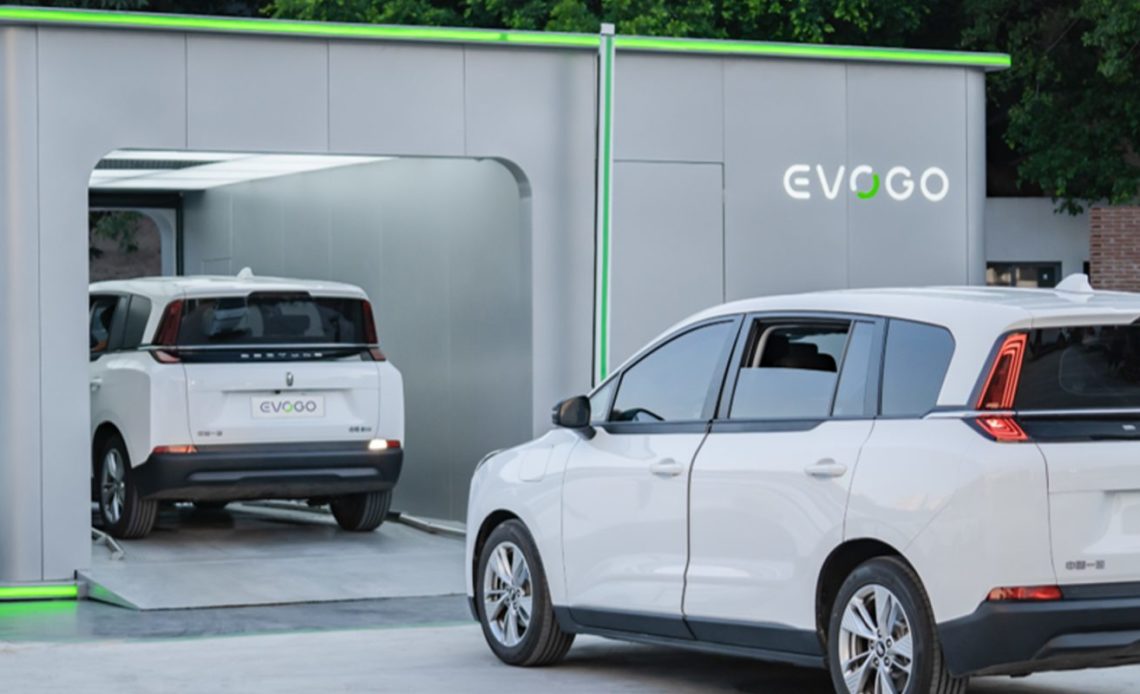 As the world’s largest battery manufacturer by installed capacity for the fifth-straight year, CATL is the name in the battery industry. It’s showing no signs of slowing down either. This year alone, CATL has shared plans for a zero-carbon plant in China, a new facility in Germany (its first outside of its home country), and most recently, a new $6 billion EV battery project in Indonesia.

In addition to traditional EV battery manufacturing, CATL is also exploring battery swap technology by implementing stations under its new brand, EVOGO. Following the initial brand announcement in January, we learned of CATL’s plans for EVOGO battery swap stations across ten Chinese cities and alongside that caught a glimpse of its modular, sharable battery packs called “Choco-SEBs” (swappable electric blocks).

Now, just a few months later, the battery manufacturer has opened its first EVOGO swap stations in China with plans for plenty more in the near future.

CATL shared the news on behalf of its EVOGO brand in a press release out of China. As of April 18, 2022, the first four battery swap stations are operational in Xiamen, and CATL plans to increase that footprint to thirty more before the year’s end.

CATL states that when all thirty planned stations are operational, drivers in Xiamen will be able to find a swap within three km (1.9 miles) of them, no matter where they are on the Chinese island city.

The current price for renting a Choco-SEB block is RMB 399 ($62) per month. For each swap at a EVOGO station, CATL explains that the cost is nearly the same as replenishing from a DC fast charger.

CATL continues to work with multiple partners to not only expand its footprint of swap stations in China but also the variety of electric vehicles that support the swap technology.

Looking ahead, the battery manufacturer is working to bring more EV partners into the fold to expand its battery swap technology to more vehicles and other Chinese cities. Check out the EVOGO battery swap stations in action below: